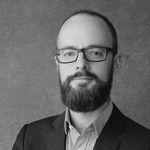 View All
Topics UCcert has Participated In

Re: Sending US equipment to Europe/France

UCcert in Security / SD-WAN
My understanding is that you’ll hit the domain regulatory issues as pointed out by @GreenMan .  Typically you should only use bought in country/continent.   You’ll also have quite an import tax bill to pay 😂   Worth reaching out to your Meraki partner and see if they can sort you out the equipment locally  ... View more

Re: Recognizing October’s Members of the Month

Re: cisco Meraki no profit program

by sj093 in Security / SD-WAN
indeed, but I am looking for a new supplier who offers this solution ... View more

Re: URL Filter: WEbroot/Brightcloud or Talos?

Re: How can I determine what IP is coming from a certain switchport on an M...

KarstenI in Security / SD-WAN
@UCcert wrote: In your Dashboard does the Network > Monitor > Client view not show you the information you need? Has this been reliable for you? I don't trust this output. For example my AppleTV is shown on port 8 of the MS120 instead of directly connected to the MX. And even worse, Port 8 is the Uplink to the MX ... ... View more

Re: Configure DHCP in MX75

by Eddie01 in Community Tips & Tricks
I checked but it appears that the latest ones are not there, looking for the MR56 and MS390.   Thanks ... View more

BlakeRichardson in Security / SD-WAN
2 Kudos
2 Kudos
My two suggestions are    1. Have you tried a factory reset as suggested?   2. Is it set to get a DHCP address on its internet port or have you set a static address?   3. Are their any firewall rules on the upstream router that could be blocking it accessing the Meraki dashboard?   4. Have you licensed it? ... View more

by JosefN in Security / SD-WAN
Thanks everyone for you help.   We have now confirmed with the Sales Engineer that this scenario is not supported. There is an ISP beta, but we are unable to run a beta on this kind of production environment.   We'll investigate if IPSEC is an alternative , return the equipment or place an intermediate router to NAT between the LAN and CPE. ... View more

Re: how to Isolate a MX site in the network

PhilipDAth in Security / SD-WAN
1 Kudo
1 Kudo
Create a VPN firewall blocking traffic to and from their subnets. https://documentation.meraki.com/MX/Site-to-site_VPN/Site-to-site_VPN_Firewall_Rule_Behavior    Option 2, have them turn their MX off. ... View more

by misterguitar in Switching
1 Kudo
1 Kudo
AVOID these switches like the plague.Trust me on this. Unless you want to explain to managers why you spent vast sums of money on equipment that doesn't work. And you enjoy downtime and tons of intermittent unsolvable issues. Scan the forums here. these MS390 switches look good on paper but DO NOT WORK. DO not risk your career future by buying these defective bombs. ... View more

by dwash in Wireless LAN
Thank you all for your suggestions! All of this has given me a very solid starting point! ... View more

KarstenI in Smart Cameras
Why do you want to reset the camera? Are there any problems with it? If yes, one troubleshooting step could be do move the camera to a new network and later move it back. Sometimes problems disappear this way. ... View more

Re: how to migrate from pfsense to meraki?

Re: Merakifying the Meraki Cloud Lamp

KarstenI in Meraki Projects Gallery
@BlakeRichardson I am not sure if the API is the solution. Probably receiving Webhooks is better here. It could count the customers affected and also evaluate the strength of the impact. But I have no idea how to connect that to HomeKit. Ok, I didn't search for it for now. Even more elegant would be an integration of the Meraki iOS-App into Apple Shortcuts. Choosing a Light-Szene based on Events from the App would be really nice. ... View more

rymiles in Security / SD-WAN
2 Kudos
2 Kudos
I'm the "support" guy  😉 Actually, just a field TSA (SE) pitching in where possible to get folks back up and running.   Anyway, in this case due to a prior support case firmware was statically set or pinned we call it. For whatever reason it was only pinned on one of the two MX's in the HA pair. That's no good and the HA pair was seeing lots of VRRP transitions and dual master situations.   @IllinoisCollege to your point about load on the MX that is something I noticed and might be an issue. You look to be at the upper limit of clients we recommend on a MX450. You might want to engage Support again as they can see more info than I can with regards to flow counts etc that would show the true load on the MX. ... View more

by mikeos in Switching
2 Kudos
2 Kudos
Hey AKH223 in the end the problem was we have om1 fiber in the building with lrm transceivers the issue was because the patch cables where dirty, nnot the right type and not plugged in correctly. once I had everything plugged in correctly with the right cables and transceiver and plug in the correct way with fiber conditioning cables we now have 30 closets stable at 20g per closet and has been rock solid hope this helps you out ... View more

rymiles in Security / SD-WAN
2 Kudos
2 Kudos
cmr is pretty close here. At times supplies/suppliers need to change subcomponents and it means a hardware rev change. Key here is functionality and performance are expected to be the same regardless of rev.   And no, it's not beta nor did it get mGig. The MX250 already has 10G WAN and LAN ports anyway 😉 ... View more

Re: Windows 10 VPN issues for some users after Windows Update

by CaptainBeRad in Security / SD-WAN
1 Kudo
1 Kudo
I've had this problem with a bunch of customers. When Microsoft updates the built in windows VPN components it resets some parameters and breaks the VPN. Start looking at switching to AnyConnect instead, works much better. The licensing is not huge money either. ... View more
Kudos from
View All
Kudos given to
View All
My Accepted Solutions
View All
My Top Kudoed Posts
View All