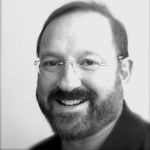 View All
Topics Noah_Salzman has Participated In

Re: Interested in trying out a new 802.1x onboarding feature?

by MerakiDDSDWAN in Wireless LAN
I have a doubt for iOS devices that was co figured by SSP and after a period the certificate expired has an automatically way to update this without the user did the procedure manually again?   If I renew the certificate before the expired , Meraki will send to device the update of this certificate automatically?   Regards, JF. ... View more

Re: Anyone else seeing Unverified Certificates

by Richard_W in Mobile Device Management
Is there a solution for this ongoing issue? ... View more

by STiEWiE in Mobile Device Management
We weren't able to solve this, Meraki kept blaming it on us using a mix of MR3x-MR5x in our environment but this happened even for offices with only MR3x MR4x or MR5x respectively, they said the gear is generations behind thus we'll experience issues, but in the same breath they said these products. are not EOL yet and still supported by Meraki. ... View more

Re: Enable Bluetooth on multiple iPads at once

by vassallon in Mobile Device Management
2 Kudos
2 Kudos
@MattMorg    This is still something that would be wonderful for school districts to have the ability to do. ... View more

cmr in Security / SD-WAN
I'm guessing EE have got IPv6 to IPv4 working properly then, which is good 👍 ... View more

by RamShear in Mobile Device Management
We're fairly new to the platform, but yes this is incredibly annoying.    Everyone I have moved to Meraki MDM has a "profile missing" but all the profiles I have assigned are in place. ... View more

by Chotyne in Mobile Device Management
1 Kudo
1 Kudo
Hi to all, even after half a year, the error is not eliminated! Why? I paid for the operation of the whole system! If you can't solve the problem, then don't offer the option of uploading profile photos at all! Sincerely, P. Krulis ... View more

Re: Apple Classroom not Syncing correctly

by vassallon in Mobile Device Management
1 Kudo
1 Kudo
@Noah_Salzman    I've opened up a case with Apple Enterprise support as to what is occurring.   I am still able to sync devices between ASM and Meraki but I am not able to sync Education information which is necessary to getting Apple Classroom working.   Here is the response I got from Apple on Friday.   Nathan,   The issue is more thank likely related to the Classes API the MDM uses to sync the data from ASM. Typically, the MDM needs to work with the Apple’s Developer Technical Support team for issue with the Classes API integration and issues.   Please let me know if there is anything I can help the investigation with Meraki. ... View more

Re: Tell us about your school software

by binarydaze in Mobile Device Management
1 Kudo
1 Kudo
In my last school, we had a home-grown solution from a developer called Pixels & Digits. They created an export report that would feed Apple School Manager via SFTP nightly, and that would sync owners to Cisco Meraki SM.   My current school syncs ASM from PowerSchool, and then that feeds Systems Manager, though not as well. I get some duplicates, and student and faculty who attrition aren't removed automatically.   What else is everyone else using? We're looking at an SIS change for the fall, and I'd love any feedback. We're located in southern Taiwan, so Asian-language input is a must-have for us, as is highly customizable name fields.   Cheers! ... View more

by gargvarun041 in Mobile Device Management
Damm even I am having a similar kind of issue, I have searched all over the internet and even have posted on number of threads on different forum, no solution seems to work. I am really frustrated, can anyone of you here help me resolve this issue, I am very much tired now. ... View more

Re: New doc on MAC randomization

BlakeRichardson in Mobile Device Management
@Noah_Salzman  Yes I was around for the PPC to Intel transition as well as the MacOS classic to Mac OS X transition.    The issue with ARM is the lack of bootcamp and Virtualisation at this stage a bit of an issue as well.  ... View more

by Little_Mac in Mobile Device Management
My issue was resolved with the help of the support organization.  There were 2 records in the SM dashboard for the same UUID (i.e. device) although I could not see that by filtering on the device name.  I had to query the device in question, copy it's UUID, filter the Devices page by the UUID and delete the incomplete device entry.   Now if I could just get remote Screen Sharing (Remote Desktop) to work without prompting the user in Catalina... ... View more

by DamonBCSA in Mobile Device Management
For anyone that comes across this same problem, I lodged a ticket with Meraki,  and whilst they looked at it, there was no fix coming, just saying it was an issue with Samsung.  They also went with the possibility of the knox security bit being flagged (but like I said, brand new, straight from the factory devices, so I know they never had any other OS images on them)   As luck would have it, these new A7's are bleeding edge, so over the last 3 weeks there have been 2  OTA updates, the first one didn't fix anything, but the second that arrived yesterday has resolved the issue and we can now register the devices.   The only down side is you have to skip through the setup without using the MDM so you can run the software update on the tablet, then factory reset it so you can then put the device on the MDM, but at least it works.     ... View more

Re: Question about Some apps cannot be deleted

by Hera in Mobile Device Management
The problem has been resolved. Thank you. ... View more

Re: Create TAG after software install

by Shany in Mobile Device Management
I know doesn't support the direct method you think. But, isn't it possible in the following way? If you create a ‘Security Policy’ that allows you to check the software that needs to be installed first, you will be able to identify the device where this software is installed. I think you can apply a tag that is compliant with the above policy to the software to be installed second? https://documentation.meraki.com/SM/Tags_and_Policies/Security_Policies_in_Systems_Manager   ... View more

Re: No longer able to edit devices in DEP view

by dfurasek in Mobile Device Management
Hi @Noah_Salzman    Regarding your post from ‎09-03-2020:   "Hi dfurasek, I'll look into this and get back to you."   ...is there any news on the activation lock removal piece for non-enrolled DEP devices in the legacy MDM?  Thanks again. ... View more

Re: New Meraki app for IOS

Noah_Salzman in Mobile Device Management
Update:    Version 4.1 of the Meraki iOS App (available if you are in the Testflight beta) improves the behavior on displaying online/offline SM devices. There is more work to do there but the reporting should be improved in this new version.   No news on the other request, still looking into it. ... View more

by A-Wheeler in Mobile Device Management
2 Kudos
2 Kudos
Hi @VictorM,   This is now looking resolved for us also.   Thank you for getting this fixed! ... View more

Noah_Salzman in Dashboard & Administration
1 Kudo
1 Kudo
We just started pushing a fix out. If you don't see it fixed within the next hour please call Support. ... View more

Noah_Salzman in Mobile Device Management
4 Kudos
4 Kudos
Hi SM Admins,   We've introduced a new document which lists the platforms that SM supports. Up until now we have not documented this list other than obscure places like the marketing data sheet for SM. The new document is here:   https://documentation.meraki.com/SM/Other_Topics/Supported_Operating_Systems_with_Meraki_SM   Our goal with SM is to create better and deeper support for new capabilities in iOS, Android, macOS, Windows and ChromeOS. This means, in turn, that we need to demote some of the older versions of those OSes into a "best effort" category.    "Best effort" is a transitional category where SM still works and you can still call Meraki Support. However, unlike the officially supported list there may be cases where we will not be able to fix a bug or implement a new feature for that older platform. The Support team also has fewer resources available on those platforms to reproduce complex issues in-house. Finally, any OS in the "best effort" list should be signal to you that the "clock is ticking" and you should consider plans on how to upgrade the devices in question or migrate to newer hardware.   Managing a product like SM is always a balance, we strive to support a wide set of platforms, but we also are eager to innovate at a faster pace. A "long tail" of old OSes is a headwind to innovation.  The platforms that have been demoted off of the official list are generally used on a small percentage of SM devices so we hope the impact is minimal and that you will benefit from this change in the long run.   Noah Salzman Product Manager for Meraki SM ... View more
Labels:

by jtill2020 in Mobile Device Management
It finally went through ... View more

Re: Apple Classroom for Mac.

by intensify in Mobile Device Management
Thanks for the update! Any chance you could help with this issue?     Can't seem to find any documentation regarding this, only for Shared iPad or 1-to-1 iPad. ... View more

Re: Profiles are not deleting when a device changes networks

by vassallon in Mobile Device Management
2 Kudos
2 Kudos
@Kevin_C and @Noah_Salzman    Thank you so much for listening to my venting and getting this resolved. It is GREATLY APPRECIATED.   I can confirm that the functionality is back in place and my school district's students iPads are now getting the correct profiles and removing the old profiles as expected. ... View more

Re: System Manager app install: Sign in to iTunes to allow ios.meraki.com

by rnitzel in Mobile Device Management
Noah_Salzman I am having the same issue getting the "allow ios.meraki.com" message when erasing and reloading a device.  VPP assignments are set to Device assignment and plenty of Meraki System Manager licenses exist for the install.  If i look at the Event log the details say " name: Meraki Systems Manager, error: Could not retrieve license for the app with iTunes Store ID 472572194., status: Error"  There is not an Apple ID in use on the device.     Other devices that we are using an Apple ID on deploy and the app installs correctly.   Any direction you can give me would be appreciated.   Thanks, rnitzel. ... View more
Kudos from
View All
Kudos given to
View All
My Accepted Solutions
View All
My Top Kudoed Posts
View All