I've been noticing this on a few of our endpoints.  We primarily have Macs in our company, and several of them are showing multiple instances of disks that don't match up to what's being shown in response to the 'diskutil list' command.

For example, looking at my own computer, this is what I see in Systems Manager: 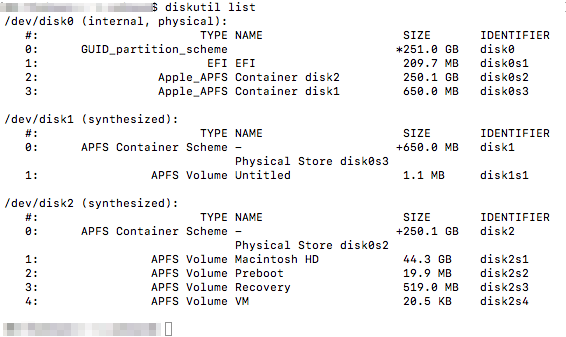 This particular Mac Mini only has one physical disk in it with roughly 233GB usable space, but Systems Manager seems to think there are two.  Add to that, the disk identifiers don't appear to match up to what's being shown in response to diskutil.  This isn't a particularly huge problem, but it does inhibit my ability to get a quick look at storage usage.  In the former screenshot, we can see that I'm using 18% of my storage, but when looking at it from the Device List:

I'm not exactly getting the most accurate representation of usage 😞

The main problem here is that I'm not easily able to get storage usage at a glance, which can help in diagnosing some of the problems our end users will encounter.  Is there a setting in System Manager that can fix this, or anything I can do to the Mac to help System Manager better interpret the available storage?  Barring that, is this just a problem that System Manager is having that might need to be fixed by an update?  This isn't exactly a Defcon-level problem, but I do use the Device List for a quick glance at storage, and I'd like to be able to rely on it, or at least know if I can.  Any help would be greatly appreciated.  Thanks!

Firstly welcome to the forums!

I would say this is in relation to Apples new APFS format and Meraki hasn't been updated to support this fully.

That sounds very likely.  APFS has come with some pretty unexpected caveats.

Thanks for your input!