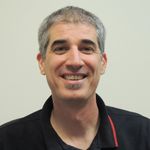 View All
Topics BrandonS has Participated In

Re: Migration from Sonicwall TZ 400 to a Meraki MX67

by PokerHitman in Security / SD-WAN
Here is the requirement:   Remote server for radiology through Site to Site VPN to an EMR what has an internal IP address for the router.  The traffic should flow both ways through that internal IP from the RA IP addresses and the EMR IP addresses.   Is there an easy way to make that happen through the NAT rules in the Meraki?   ... View more

by zfrangi in Wireless LAN
After further investigation i was able to uncover that   66.2 is a vlan interface on the switch. There is an ip helper entry that points to 81.29 which is a windows dhcp server.  So is this entry normal behavior?     Im seeing similar messages on all of our networks.   ... View more

Re: Whatever happened to Meraki MC!?

UCcert in Off the Stack
1 Kudo
1 Kudo
Hi @cwal21 , Cisco's acquisition of Broadsoft killed this.  I was looking forward to this one as it would have brought everything nicely together under one dashboard.  Sadly not to be. ... View more

Re: Changing port configuration from Half Duplex to Full Duplex

rymiles in Security / SD-WAN
Using the Local Status Page yes. They're all set to auto by default. ... View more

Re: Meraki in Areas of Extreme Heat

BrandonS in Off the Stack
Put it in an air conditioned room? Or use a different switch that is rated for higher temperatures. Surely if there are humans working at this facility there are air conditioned spaces, right? ... View more

PhilipDAth in Dashboard & Administration
2 Kudos
2 Kudos
It is a bit tricky when all answers are wrong though, and you have to pick the two least wrong. ... View more

BrandonS in Switching
Can you confirm it is like this?   internet handoff > router (with DHCP server enabled) > MS220-8P > client device with DHCP enabled?   At default clients should get IP address from DHCP server on the router.  If you have made configurations on the switch like VLAN's or DHCP relay it could be interfering with that process. ... View more

by Xyra in Security / SD-WAN
Thank you for your concern on this. We have fixed this by changing the VLAN of the ports going to our ISP. Have a great day! ... View more

by MRDucks in Wireless LAN
We have done a survey, client counts, etc. The plans will be a little harder to come by as some of the dorms are almost 40 years old. I do have plans for the newer dorms.  What I am curious about is if anyone gone through a deployment of MR30H,36H similar to  the Meraki hospitality design document. We are going to be testing Splash access along  with Meraki's beta private WLAN.  So if anyone has deployed MR30H,36H like this I would love to hear about it.   ... View more

by GoncaloC in Wireless LAN
Thank you very much for all your feedback, it is really valuable input for me. ... View more

by Crocker in Dashboard & Administration
So I started noticing this a couple months ago - or, more specifically, noticing that it was becoming much more prevalent. We've been using Meraki equipment for ~2 years now, slowly replacing EOL Cisco routers with Meraki MX's wherever feasible. Since the start, I would occasionally see "GUID/UUID" type names for clients.   I'm not certain exactly when the GUID/UUID type names became the norm vs. the DHCP names, but it is "recent". I started poking around at this specific issue a couple days ago and like others in this thread, opened a case with Meraki support and got the same response outlining the priority list for client names.   EDIT: The prevalence of this issue coincided with a 2-3 month push to swap to MSEdge vs. Internet Explorer. The handful of GUID/UUID type names prior to this push most likely came from those folks using Chrome as their daily driver.   I then ran a couple packet captures on some LAN interfaces to capture the mDNS traffic, lo-and-behold, I saw workstations responding to mDNS queries with GUID-like names. Did some more poking around and found some info from ~2019 describing how WebRTC was being changed to use/respond to mDNS queries.   mDNS - WebRTC Glossary PSA: mDNS and .local ICE candidates are coming • BlogGeek.me   I'm no guru on web-dev-speak, but as I understand it...Chrome & Edge will spin up a UDP 5353 (mDNS, Bonjour) listener and respond with a randomly generated ID if it hears a query. You can see evidence of this yourself by viewing listening ports (resource monitor -> Listening Ports) on any Windows 10 workstation running Chrome or Edge.   So...it's not technically a Meraki problem. It's a Chrome/Edge/WebRTC problem (not sure if it affects firefox).   I think the long-term fix is going to be for Meraki to allow us to pick the order/preference for client name resolution. Not sure how realistic that expectation is, but I've submitted some feedback requesting as much. ... View more

Re: Script via Postman and Python to check on firmware via API Meraki

PhilipDAth in Switching
You don't get firmware versions for a device, but for a network that the device is in.  You'll need to use this API call. https://developer.cisco.com/meraki/api-v1/#!get-network-firmware-upgrades  ... View more

Re: DHCP server on MX or MS or MR?

by js7 in Switching
Thank you. Sounds good.  ... View more

by newnovice in Security / SD-WAN
It looks like meraki using whitelist and block all inbound traffic by default, all you can do is put allowed IP in allowed remote IPs column, on the other hand, if you allowed any, try blocking specific IP by using outgoing rules, or open cases for meraki support. ... View more

by LeonValleyTX in Security / SD-WAN
Ok to be clear,  What exactly do I plug in where and bring up on a browser to setup the Public IP?  I connected a network cable on my network last night and came in and it had handed out a bunch of IP address so I had to unplug it in a hurry.  I'm a dork. ... View more

PhilipDAth in Off the Stack
1 Kudo
1 Kudo
I agree with @BrandonS .  You make your purchases via a Cisco Meraki partner, not direct from Cisco Meraki.  So the sales rep is not really the right person.   This is the Cisco Partner Locator to help you find someone close to you. https://locatr.cloudapps.cisco.com/WWChannels/LOCATR/openBasicSearch.do  ... View more

BrandonS in Switching
2 Kudos
2 Kudos
A syslog server with search and alert ability would do this easily. Why do you object to syslog? You could do this with the free tier of papertrail and alert via email or SMS or Slack, etc based on a search term indicating port up/down changes as you define it.  ... View more

BlakeRichardson in Switching
Owch, this is one of the downsides of Meraki gear. Not sure how it looks environmentally either when older equipment ends up in a landfill rather than being re-used elsewhere.  ... View more

Re: Adding EoS Devices to the Dashboard

by BBNG in Dashboard & Administration
Dear @BrandonS thank you very much for the confirmation.   @rymiles thanks for the heads up, I'll consider the enterprise license.   Best Regards! ... View more

BrandonS in Security / SD-WAN
Can you be more specific or give an example of the problem?  It is pretty vague what you wrote so I don't think anyone can offer help with just that.   What type of clients?  What testing methodology? What troubleshooting was done? ... View more

by AndreasKvist in Switching
Hello, I had a discussion with a Meraki SE yesterday and he confirmed that the licenses can´t be transferred from the MSP to a customer. The hardware can be sold but the licenses needs to be re-purchased so the customer has to be weary about when in time an exit from a managed service is a good idea. ... View more

Re: Power Cords shipping with products

by DaveMerc in Switching
If you order a redundant PS for MS switches do you get a power cable automatically in the US? ... View more

by Tigers in Dashboard & Administration
Thank you. ... View more
Kudos from
View All
Kudos given to
View All
My Accepted Solutions
View All
My Top Kudoed Posts
View All