One of our customers has an MT10, along with an MT12 and MT20, monitoring their Data Center.

The MT10 started alerting on December 7th that the temperature in the Data Center had reached 75F, when the normal average temperature should be around 70F. After alerting their building maintenance team, their technician found a blown fuse on the compressor for the system. The fuse was likely blown due to a brown out caused by a severe storm in the area on the night of December 6th. You can see when the HVAC system failed and when it was repaired on the picture below. Another MT10 just paid for itself very quickly. 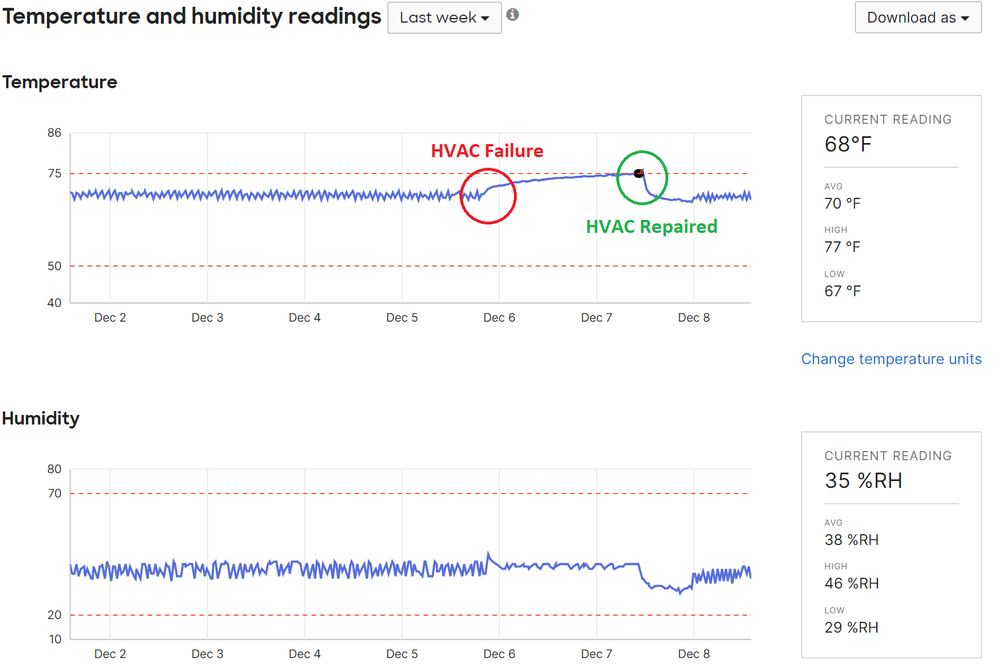 Always thumbs up for sensors 👍