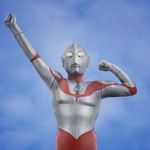 View All
Latest Contributions by Ultraman

by Ultraman in Introduce Yourself!
5 Kudos
5 Kudos
Thanks @Inderdeep looking forward to it. ... View more

by Ultraman in Introduce Yourself!
3 Kudos
3 Kudos
Hello all, I'm Wes from Atlanta, GA, currently living in Tallahassee, FL.  I was fortunate to have started working with Meraki hardware in 2018.  At that time I had joined a startup that had 12 Meraki sites and growing rapidly. The company grabbed onto Meraki 100%, literally the full stack, MX, MS, MR, MDM.   I was the first hire that was network specific, In the past I had been an IT Director and had completed the Cisco Network Academy program in 2000. I was excited to jump into the Meraki world. I took the CMNO course in 2018 and things got crazy real fast.   Expanding to over 80 Meraki sites, I was alone for the first 2 years, a total of 58 sites, before I added another network engineer. I built out sites ranging from retail deployments with 4 Meraki devices to large scale sites with more than 200 Meraki devices.  I've been lucky to have had the opportunity to work with a large mix of Meraki hardware. Security Appliances: MX64, 65, 67C, 84, 100 and MX250s configured in HA, including vMX and Z devices.  Our MS range went from 120, 225, 250, 350 and 410s. Wireless from MR16, 18, 33, 36, 44, 46, 70 and 74. We also used the Meraki SM for MDM on over 1800 devices. Don't forget about Umbrella integration.  I even experienced the pains of M&A by acquiring another company that also used a mix of Meraki and other network infrastructure. You know what I'm talking about if you've got the chance to merge dashboards, license headaches and 'rip and replace' keeping to the 100% Meraki platform across a company.  Fun times...… Some interesting deployments too, like adding a 8-port MS120, MX86CW, MG21E to vehicles for mobile networks, hahaha, trust me it sounded better in my head but the execution ended up working, with hiccups of course.   I changed directions and moved on to another career path in February 2021 but miss the Meraki world and want to get back into it after being away for the past 6 months. My home Meraki network is always up so not much fun troubleshooting "no issues", lol.    After all I've worked on in 100% Meraki environments I still feel I've only been exposed to 60% of what's in there. After configuring, deploying and supporting Meraki at an Enterprise level for nearly 3 years I hope to comment and share some experiences that may help others here.  I know I'll learn more than I can share from you too, I already have by just surfing the community posts, thanks and talk soon.      By the way, Ultraman was a childhood hero so I'm dating myself here. ... View more
Kudos from
View All
Kudos given to
View All
My Top Kudoed Posts
View All