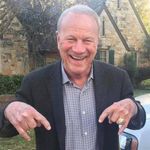 View All
Latest Contributions by jbright

by jbright in Wireless LAN
2 Kudos
2 Kudos
I have seen multiple instances where ping is not 100% reliable to the Google DNS servers, even with a wired connection and a fiber internet connection. I would suggest you also try to ping against the Cisco Umbrella servers at 208.67.222.222 and 208.67.220.220 and see how they respond. And if you really want to understand what is going on with an internet connection, a Cisco Thousand Eyes subscription will show the performance of every hop between your connection to the internet and any other device connected to the internet. ... View more

Re: VPN to Azure

by jbright in Off the Stack
2 Kudos
2 Kudos
Here's one that is still free and worth 11 credits. You will need a CCO account to access it. https://digital-learning.cisco.com/#/course/61318   Here's another one that is worth 4 credits: https://digital-learning.cisco.com/#/course/59741   The free ones are still there, but you have to hunt for them.   Cisco Live in person is worth 25 credits. ... View more

by jbright in Security / SD-WAN
Quick internet search shows this picture. Looks the same as the Catalyst 9300 rack mount kit, which is what the MS390 is based on. This would not work with any MX firewalls. The larger MX firewalls (MX84 and up) have rack ears already attached to them. Their are 3rd party rack mount kits for the smaller MX firewalls. ... View more

by jbright in Security / SD-WAN
Is this bug fixed in the latest version of 18.x too? That version is not listed on the security alert page. ... View more

by jbright in Meraki Projects Gallery
Cool! Thanks! ... View more

Re: Malware detection warning on MX450

by jbright in Security / SD-WAN
4 Kudos
4 Kudos
I have the Starlink residential service connected to WAN2 on my MX85. Starlink has gone back and forth between using CGNAT IP addresses and Public IP addresses for the residential service. They are currently back to using the CGNAT IP Address range. They are supposedly using Public IP addresses for the Starlink business service. As long they are using CGNAT on the residential side, Client VPN will not work across that link. Site-to-site VPN will continue to work. Starlink has also experimented with handing out IPV6 addresses too, but they are not currently doing that on the residential service either. Your best bet is get your Optus service repaired, if possible, and use it for Client VPN. Your second choice, if you are located in the US, is to switch to the Starlink business service, which is also more expensive. The residential Starlink service also has a low (< 2%) continuous packet loss. I have attached a couple of graphs depicting this.    Insight WAN Health Uplink Latency and Loss ... View more

by jbright in Security / SD-WAN
Organization / Summary Report also shows Usage over time that can be narrowed down to a particular device tag, which could be just the firewall. ... View more

Re: Considering switching from eero to Meraki Go

by jbright in New to Meraki
The Meraki Go GX20 Security Appliance tops out at 250 megabits of throughput. That will be a bottleneck if your ISP connection is faster. Other than that, the firewall, switches and APs all work very well and are very easy to setup and deploy.   ... View more

by jbright in Security / SD-WAN
Connecting the MX directly to the ISP would be the logical next step in troubleshooting the problem. If that works, you would need to look closer at the switch to see if something is being blocked, maybe with an access list . Beyond that, Meraki TAC would probably need to look at it too. ... View more

by jbright in Security / SD-WAN
Since you connected the ethernet connection to the laptop, I assume you are using a copper cable and not a fiber cable. There have been problems with some of the copper SFP modules working correctly in the MX250 and MX450 firewalls in the past. This was supposed to be resolved by at least the 16.16 MX firmware. Despite that, do you have another copper SFP module to test with? Another option would be two fiber SFP modules and a fiber jumper. Also, has this MX250 ever successfully connected to the Meraki cloud before? ... View more

Re: Extension cable for MA-ANT-20

Re: Power Cords shipping with products

by jbright in Switching
Can someone from Meraki confirm that the policy is still that a Meraki device with a power supply will still ship with a power cord in the US? And that this also applies to redundant power supplies that are ordered separately in the US too? ... View more

by jbright in Meraki Projects Gallery
I definitely thought about the MT sensors. The MR70 AP does not have a Bluetooth gateway in it. Installing a Meraki outdoor rated camera would allow the MT sensors to be deployed in the greenhouse.   ... View more

by jbright in Meraki Projects Gallery
7 Kudos
7 Kudos
We had a customer request that we create a solution to provide wireless network coverage in a remote greenhouse. Inside the greenhouse, the temperature and humidity could exceed the specifications for the indoor MR access points. The greenhouse was approximately 30 feet by 30 feet, so one AP should cover it with no problems. We settled on using an MR70 AP. It is outdoor rated and WiFi5 was more than sufficient for the wireless clients that will be used in the greenhouse. The greenhouse is a little bit lower than the surrounding terrain, and even though the cellular coverage was not stellar, it was present. So we chose the MG41 because of it's outdoor rating and the fact that it can aggregate multiple LTE frequencies together. Since the cell signal was sufficient inside the greenhouse, we chose to mount the network equipment inside it, even though most of it is outdoor rated. We first chose to use two PoE injectors back to back to power the AP and the cellular gateway, but decided later that they might not be able to survive the environmental conditions inside the greenhouse for an extended period of time. We chose to replace them with an 8 port, unmanaged PoE+ industrial switch. The switch should be able to tolerate the environmental conditions for an extended period of time and it also provides more wired ethernet connections in case the customer wants to hardwire any network devices. The MG41 is bonding two and sometimes three LTE frequencies together, and even though the cellular signal strength oscillates between poor, Ok and Good, the network speed tests show speeds of around 20 megabits up and down consistently. This is more than adequate for the needs of the customer. We also installed a cheap APC UPS to protect the network equipment. It may not be able to survive the environmental conditions for an extended period of time, but it was only $65 and can easily be replaced. The customer plans to use wireless sensors to monitor the soil moisture and temperature for the plants in the greenhouse and they also need to monitor the water level and temperature of an aquaculture tank with about 75 crawdads and muscles in it. Once again, Meraki equipment makes this solution viable, simple and resilient.   Greenhouse exterior view Greenhouse   Plants in the Greenhouse plants   MG41 and MR70 MG41 and MR70   Side view of the MG41 and MR70 side view of MG41 and MR70   Crawdads and Muscles in the aquaculture tank Crawdads and Muscles ... View more
Labels:

by jbright in Security / SD-WAN
I have a router running OpenWRT between the Dish and the WAN interface on my MX. The router has a static route in it pointing back to the dish. This allows anything on the LAN side of the MX to reach the IP address of dish (192.168.100.1). Here's what the static route looks like.     Since Starlink started enforcing only one IP address per dish, the router also acts a NAT device, allowing multiple devices, including the MX, to all access the Starlink network simultaneously.  ... View more

by jbright in Sensors
I just got the email from Cisco that my replacement cable has shipped, so it looks like they are working on getting them replaced. ... View more

by jbright in Smart Cameras
1 Kudo
1 Kudo
I placed an order for some Meraki cameras last month and they are projected to ship out in July. The supply chain woes continue... ... View more

by jbright in Smart Cameras
4 Kudos
4 Kudos
I installed some of the new MV52 cameras over the last couple of days and they work great. They really do need more than 15.4 watts of PoE power. And it's not even cold enough yet to run their heaters. We may get to see that later this week here in Oklahoma.   Camera power draw ... View more
Labels:

by jbright in Security / SD-WAN
I have it working on a spare MX64. Connected to a Cox Communications cable modem and a Starlink dish. Working fine on Cox, Starlink does not currently support IPV6. It's nice that you can specify on each WAN interface whether IPV6 is enabled or disabled. ... View more

by jbright in Sensors
22 Kudos
22 Kudos
One of our customers has an MT10, along with an MT12 and MT20, monitoring their Data Center. The MT10 started alerting on December 7th that the temperature in the Data Center had reached 75F, when the normal average temperature should be around 70F. After alerting their building maintenance team, their technician found a blown fuse on the compressor for the system. The fuse was likely blown due to a brown out caused by a severe storm in the area on the night of December 6th. You can see when the HVAC system failed and when it was repaired on the picture below. Another MT10 just paid for itself very quickly.     MT10 ... View more

by jbright in Security / SD-WAN
Meraki does support site-to-site VPN translation, but only with auto-vpn. Please reference this document:   https://documentation.meraki.com/MX/Site-to-site_VPN/Using_Site-to-site_VPN_Translation   You have to request Meraki support to turn this feature on.     ... View more
Kudos from
View All
Kudos given to
View All
My Accepted Solutions
View All
My Top Kudoed Posts
View All