After installing a new Meraki based network earlier this year for a customer that makes custom cabinets for homes, the owner of the company asked us what we could do for his home office. His home is only a few miles away from the plant, but it is in a rural part of Oklahoma and the only internet access that has been available there is from a local fixed wireless company and/or cellular service. He has been subscribing to the fixed wireless access and they were only able to deliver about 3 to 5 megabits of download speed and less than a megabit of upload speed. A lot of his neighbors are also using the same wireless service from the same tower, so the internet connectivity is poor at best for everyone involved.

Just after we finished installing the new network for the plant, the option to join the Starlink satellite internet beta program became available to order. I suggested to the owner that he sign up immediately for it and he did. He was able to get a Starlink terminal during the summer. We helped him permanently install the dish on the North side of his pool house and the system has worked very well since. I told him that we would also need to install a new wired and wireless network in his pool house and home to take full advantage of the new internet service. Currently the Starlink service provides around 200 megabits of download speed and about 15 to 20 megabits of upload speed. Starlink is projecting that when they have their full satellite constellation in orbit, the download speeds could approach 1 gigabit. So we ordered a new Meraki MX75 firewall to accommodate that potential speed. Since the Starlink service is still in beta and the service can be disrupted by heavy rainfall, we also ordered a new Meraki MG41E cellular gateway and installed it outside directly under the Starlink dish. We connected the ethernet connection from the Starlink system to WAN 1 on the firewall and we connected the MG41E network connection, via a new MA-INJ-6 PoE injector, to WAN 2 on the firewall. To cut down on the cellular usage, we configured the firewall to use the Starlink service as the primary internet connection and only fail-over to the cellular service if Starlink is not available. The MG41E is able to aggregate multiple AT&T LTE frequencies together and provide a very consistent 8 megabits of download speed, despite the rural location. Their was no need for a second cellular provider, but this option could provide even more redundancy if needed. All of the network equipment installed in the pool house is connected to a 650 VA APC BackUPS Pro UPS. The Starlink dish and the cellular gateway are each isolated from the rest of the network by two Ditek DTK-MRJPOE inline ethernet surge protectors. The surge protectors and the pole that the dish and cellular gateway are installed on are all connected to the house ground with 10 gauge solid copper wire. Now that the internet service issues had been resolved, it was time to concentrate on providing the best wireless access possible throughout the property. 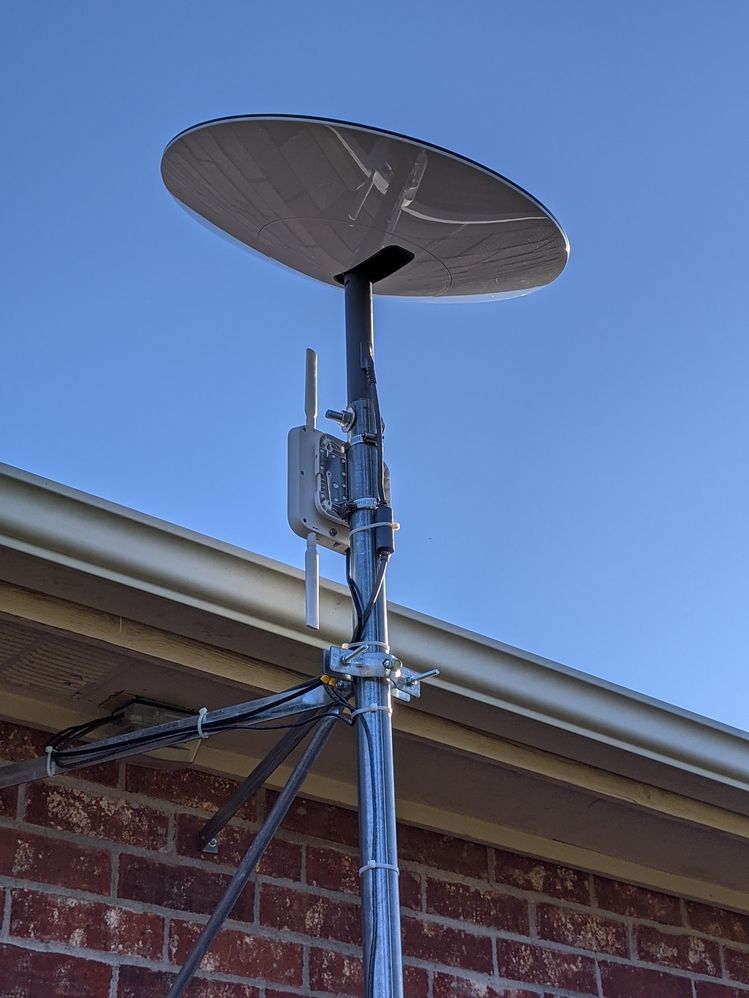 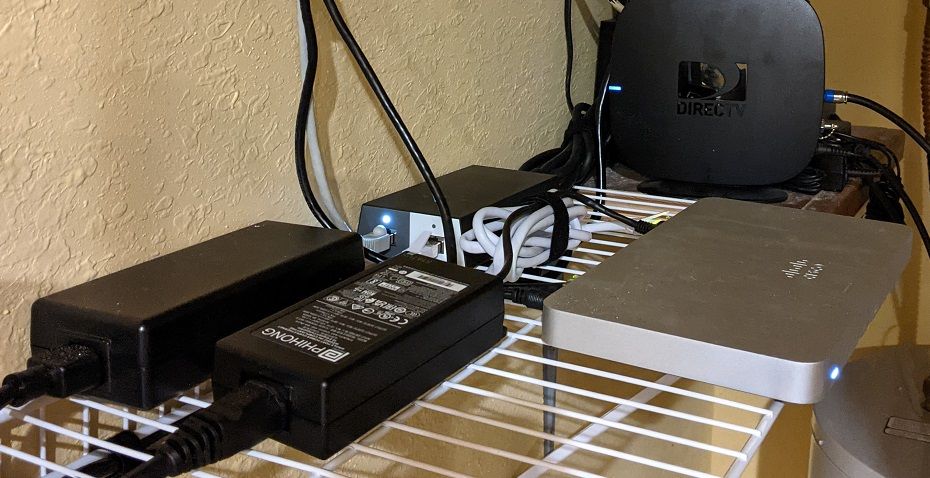 MR36 APs were not available for the timeframe of this project so we ordered four MR44 APs for it. One MR44 AP provided complete wireless coverage for the smaller pool house. The MX75 has two PoE ethernet ports on it and we powered the pool house AP with one of these ports. The home is a standard two story ranch type structure with easy access to the attic area on the second floor. Their is a sidewalk between the pool house and the home and the owner had the foresight to install a conduit under the sidewalk. We installed an outdoor rated Category 6 ethernet cable from the MX75 in the pool house, via the sidewalk conduit, to a Meraki MS120-8FP switch in the AC protected room of the home's second floor. We installed two of the MR44 APs on each end of the first floor of the house and one more MR44 in the middle of the second floor. The MS120-8FP switch and the three MR44 APs are power protected by an APC SCL500RM1UC Lithium-Ion battery UPS. This UPS model has APC's cloud managed Smart-connect feature so that the UPS can be monitored remotely and provide alerts about the status of the electrical power in the house and the status of the UPS. We used a Rackmount.IT kit to install the MS120-8FP switch in a Startech 4U wall mount rack, along with the 24 port patch panel and the UPS. The four MR44 APs provide complete wireless coverage throughout the home and the pool house. 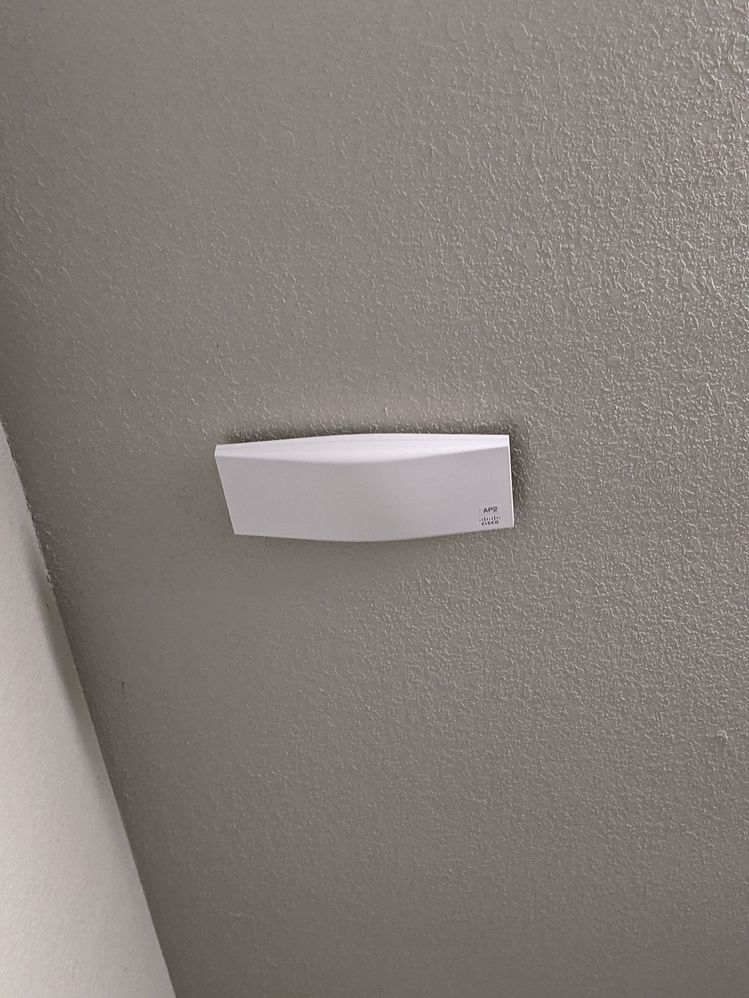 Since the company has an MX67 firewall already installed at their plant, I was able to activate the auto-VPN between it and the MX75 and provide the owner with access to the plant network and the compute resources located there. The owner is thrilled to have high speed internet, complete wireless coverage throughout the property and the ability to securely and reliably access the network at the plant. He and his wife can now work from their home office or at their offices at the plant as needed.

The company financed all of the Meraki network equipment for the plant through Cisco Capital and they added the home office network equipment to the same lease, which was a huge help in successfully selling the project.

Variations of this same solution that combine Cisco Meraki network equipment with Starlink can be installed anywhere that the service is available and opens up many opportunities that did not exist as recently as 2020.

great write up and pics. more and more interest from customers about starlink and these success stories are very helpful.

Awesome project! Thanks for sharing!