We've connected a Cradlepoint E3000 Router to our Cisco Meraki switch and set the static route to go to the Cradlepoint's IP address which is on our network, however, we don't seem to be getting speeds from the Cradlepoint. The Cradlepoint speed test would show anywhere above 100Mbps, but yet the computers get 1Mbps.

We want to use the Cradlepoint for our Internet.

What can I check to start troubleshooting?

HI @Shadius , could you supply further details around your network setup?  What switches do you have downstream from the router?  Do you have L3 VLAN interfaces on those switches.  How's the router connected into the LAN?  Are you routing on a stick?

There is also another switch on a different floor that is connected to this switch using a trunk port.

Yes, we do have L3 VLAN interfaces on each switch.

Hi @Shadius , what does a traceroute show you from your device connected to the switch? Does it follow the route you’re expecting?

The trace route shows it timing out on the 4th hop.

When removing the static route of 172.16.150.9, there is no timeout, but computers get 1Mbps speeds, which is our WAN circuit speeds.

Also, a speed test ran from the Cradlepoint's NetCloud Manager resulted in over 100Mbps speeds. 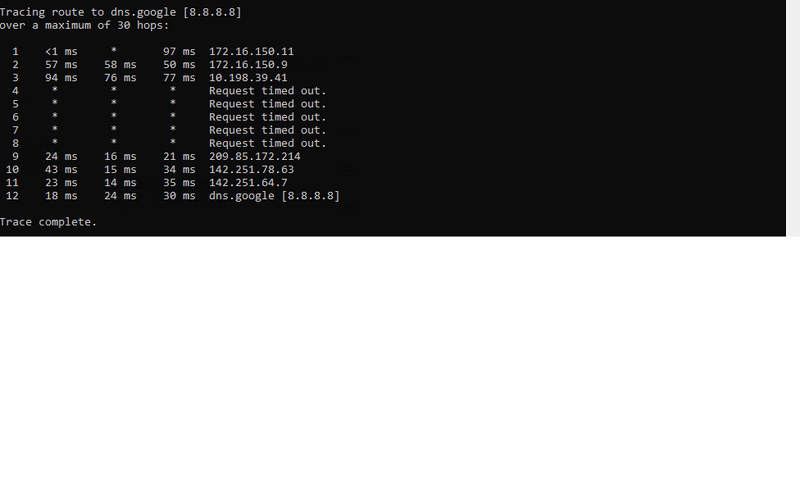 If you plug a computer directly into the cradle point does the computer get the speed you expect?