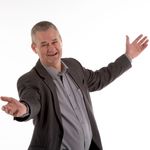 View All
Latest Contributions by Steve-Potter

by Steve-Potter in Security / SD-WAN
Hi If that is an acceptable config then that would work for me, saves paying fo the additional IP block. (which I had to put on hold anyway due to a change freeze). Steve     ... View more

by Steve-Potter in Security / SD-WAN
Currently I have dual diverse fibres to the building each to a router with a /29 subnet on presented on ports 1 & another /29 subnet on port2. in an Active / Active configuration.   All 4 ports connect to a layer 2 switch and from this switch is connected the primary MX85 with WAN ports 1 & 2 configured the same as the router ports in load balance mode.   The MX85 is connected to the switch stack via two LAN ports   I want to add a warm spare MX85 to this network, and would use the MX Uplink IP method. My ISP is adding a third /29 subnet on Port 3 of the routers, and documentation suggests I can configure WAN1 of the warm spare to this subnet. (Gamma share all 3 subnets across the two fibres)    Have I understood this right and is this the correct configuration?   ... View more

by Steve-Potter in Security / SD-WAN
Is this the correct method, or one of them.  ... View more

by Steve-Potter in Security / SD-WAN
Yes same here active/active only 200Mb on each but scope to go to 2GB   ... View more

by Steve-Potter in Security / SD-WAN
Thanks all for the info and help Just had info back from Gamma, each has two ports as per diagram. (they) say the L2 switch is required for the VRRP packets, but I wonder if they couldn't just use an interconnect between each for VRRP... something I will discuss with their tech support.   Still I guess I can add another L2 switch and link them together across two ports each letting STP stop the loop.  ... View more

by Steve-Potter in Security / SD-WAN
isn't the 5 port switch a single point of failure? or have you two one for each router?  The Internet is by Gamma using OpenReach diverse Plus fibre routes and they own up to the ports of the OneAccess routers.       ... View more

by Steve-Potter in Security / SD-WAN
Not sure on the OneAccess routers yet as they haven't been delivered, BT are outside blowing the new fibre in as we speak.. The supplier is Gamma and its their network & BGP. I think the only time we need a specific ip address outbound is for access to our website management portal but I think we could add the second IP to that access list.   ... View more

Installing and configuring a Warm Spare to a diverse routed WAN

by Steve-Potter in Security / SD-WAN
Currently I have a simple network, BT Fibre + vDSL  to a MX85 and a MS Switch Stack   Our ISP is upgrading us to a diverse routed pair of fibre connections via a pair of routers with VRRP terminating in a L2 switch (actually a Meraki Go 24 port switch)   I am also adding a MX85 warm spare (was going to be much later on but was delivered early) Is it best just to follow the configuration guides and connect to the switch on both ports of each MX85 to the L2 switch and Lan ports to the Switch Stack With the new fibre install I have 3 IP's per subnet, and I would lose another 1 of each subnet if I went the virtual IP VRRP method with the MX's   Is there a way to miss out the L2 switch and go direct from routers to MX's? anyone suggest the best way to do this, (or simplest as I am by no means expert)   ... View more

by Steve-Potter in Switching
Hello, we have a small network, with two switch stacks, and are due to add a third stack (or just 1 switch), each cabinet is in different buildings, but the buildings are joined together. I am asking what is the best resilient method to interconnect the switch stacks, I would have thought a triangle, but that would introduce a layer 2 loop?  I read someone's reply to another question regarding which switches to connect from/to, and if so can you aggregate across different switches in a stack? Currently I have used 2 Fibre ports on ms225-1 connected to ms225-5, should I have gone 1-5 and 4-7 ? and should I go 1-8 and 4-9? or is that a bad idea.? It all works at the moment, but is there a better way? Steve   ... View more

by Steve-Potter in Security / SD-WAN
Tnx I have scheduled an upgrade   To anyone who uses Altaro, and especially Offsite Backup, do NOT add Peer to Peer in your Layer 7 rules (on the MX) as NBAR blocks most packets on TCP ports 35100 and up which will affect both offsite backups and especially Replication. I have removed this rule and now my replica's are replicating. 🙂   Steve   ... View more

by Steve-Potter in Security / SD-WAN
We use Altaro VM backup on our network and actively use Altaro Offsite server. This uses TCP ports 35100 and higher. This has become very unreliable of later and replication now fails. I did notice these events and wonder if it is connected;   Destination Port 35116 Protocol TCP NBAR ID1889 Classification Statistical Peer-To-Peer Layer 7 firewall rule Deny   seems I might have to remove this rule from my MX   Steve   ... View more

by Steve-Potter in Community Announcements
1 Kudo
1 Kudo
Digital Transformation is just another annoying buzzword the world could do without.   ... View more

by Steve-Potter in Switching
No I haven't reverted firmware yet and I will raise a new ticket if no-one has experienced similar problem and has a resolution.   Steve   ... View more

by Steve-Potter in Switching
Current version:  MS 10.45   I haven't done that yet as it would power cycle many telephones as well, god forbid people have to log back into the phone system again 😉   We also have another HP printer, of a similar but not same model in another building, similar switches in a stack and the same happens there, also a dumb switch fixed the issues.   Steve     ... View more

by Steve-Potter in Switching
Hi all, Meraki MS225 stack, CAT 6a, two HP Printers, both office jet types but different models and ages. Several staff members mentioned the printers were slow to start printing, checked them out and couldn't find anything obvious, but the switch showed brown on the ports the printers were connected to. (error message was high proportion of Ethernet collisions) Switched ports, and the error followed, switched, switches and same again, had the networking company in to test the outlets and patch cables, all error free. Doubting both printers had same fault I placed a dumb switch in between the Meraki switch and the printers, voila, all issues fixed.  Now I did try all the usual duplex, half duplex, fix speed etc on the Meraki port, but no changes, and it hasn't happened before in the two years the switches were in, so I am surmising a firmware upgrade might be to blame, so I am waiting till the next one and will take out the dumb switch and check again. I am posting this in the hope that someone has had similar issues and knows the fix.    Cheers Steve   ... View more

by Steve-Potter in Mobile Device Management
1 Kudo
1 Kudo
Not Solved!   I have reproduced this phenomenon on our production network, almost every windows 10 laptop produces two distinct device entries, these entries have different management capabilities so you need both the make the most of MDM. But I cannot see how this could be an acceptable solution, its a kludge to me, but workable and messy.   Regards Steve   ... View more

by Steve-Potter in Wireless LAN
1 Kudo
1 Kudo
Hi and thanks for your reply. I am restarting this thread up again, as I still have the same issue, and have tested a few more scenarios   default vlan 1 for all infrastructure, mx64 dhcp Lan on vlan10 dhcp via windows server   wireless ssid 1 , L3 roaming, access to lan and internet     filtered by the normal content filter, can be overridden by group policy wireless ssid 2, Meraki DHCP, no access to lan, access to internet     filtered by the normal content filter, cannot be overridden by group policy OR client whitelisting.   I have tried windows laptop and android clients, same effect, it seems that the Meraki DHCP ssid which is perfect for our staff to use their personal phones, where they have no access to the LAN or each other but would like unfettered access to internet. Unfortunately the content filter is always applied. The content filter is used on the LAN and other SSID's with L3 roaming to restrict approved devices (i.e. non personal phones) yet I can apply whitelisting or group policies on various clients which can easily bypass the content filter.     However, I think I found the answer Created a new VLAN with group policy attached to override the content filter Created a new staff SSID, used L3 Roaming, tagged to the VLAN and denied access to LAN   seems to have fixed it.   Steve       ... View more

Re: Time to VOTE on your favorite Networking Resolutions

by Steve-Potter in Community Announcements
1 Kudo
1 Kudo
To be the oldest IT guy on here, with a tidy networking cabinet!     ... View more

by Steve-Potter in Wireless LAN
Yes I have seen that, and despite it having the same label "Content Filtering" its is I think a different animal I have tried a few settings but not had any success bypassing the MX content filtering JUST for clients of 1 SSID Steve     ... View more

by Steve-Potter in Wireless LAN
I like that idea, not sure how to apply a GP to the management vlan though, all our infrastructure is on the same default vlan, the data/phone and cctv vlans are separate though   ... View more

by Steve-Potter in Wireless LAN
We have a strict network policy with quite a bit of filtering enabled, no personal devices within the building except the lunch room and outside on breaks Firewall - both Layer 7 rules and content filtering for social network, any file transfer, external storage systems email etc. This is suitable for our normal staff using the LAN and internal wireless networks which access the LAN, some AD group policies for overrides etc which works well. We have a staff WiFi which cannot access the LAN, but we want open access to the Internet, the staff can use any personal device such as phone, tablet or laptop and we don't want to have to use MDM I can add layer 7 rules but not override the firewall ones, and the content is still filtered even though the option to filter content is switched off on the access page of the WiFi configuration. Any ideas how I can accomplish this?     ... View more
Kudos from
View All
Kudos given to
View All
My Accepted Solutions
View All
My Top Kudoed Posts
View All