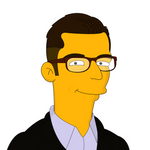 View All
Topics Dashboard_DJ has Participated In

Re: Exit Hub for specific IP

by Adriano in Security / SD-WAN
1 Kudo
1 Kudo
this is a rather old thread. I hope you found a fix. The way to point a static route to the LAN devices: - Use a "transit" vlan between your MX and the LAN device (L3 switch) - Point the static to the L3 switch ip address on that "transit" vlan.   ... View more

by aws_architect in Security / SD-WAN
Hello   Not ideal but still we don’t have choice as “Meraki Authentication” 802.1x is not supported on WiFi capable device MX or Z.   We have no other way then to add an MR AP ... even if it double the cost .   Any improvements in the roadmap planned ? Adding an Extra MS for a small office is really overkill    ... View more

Re: Deploy MX's on an established routable MPLS network with template

by benny in Security / SD-WAN
Too easy!   It would be good if Meraki could allow MPLS type AutoVPN's to have a longer timeout or set to infinite.     ... View more

Re: Looking for info regarding switch fan noises

by kredmore in Switching
This topic comes up enough that it would be beneficial for Meraki to include some information in the specs.  There are different types of fans, software is involved, some power supplies have fans, some fans are removable, noise levels, etc. ... View more

Re: Meraki MX100 Active and Passive Configuration and Setup

Re: Routing public traffic through an MX

by Neshi in Dashboard & Administration
Any updates from the inside? ... View more

Re: Stable Firmware VS. Beta Firmware

by DAHG in Security / SD-WAN
@Uberseehandel wrote: @DAHG wrote: True to a certain degree. The manufacturer can't test all environments. Beta is supposed to be ~90% there. Nothing wrong with releasing Beta. Once a Beta release has been out for a while and no major bug reports are coming out, then you release a RC. A RC is supposed to be production ready code. That should attract more customers to load it. Wait a bit, if no bug reports come in, release it as Stable. Have you spent your entire life drinking the manufacturers' cola?   I can't even begin to express how many ways what you say is wrong. But I guess you are used to it, and have no expectations of anything better. To be honest, software development has gone backwards over the last 40 years.     No. I have actually spent a good portion of my life as a software developer. Complexity of the deployed environment has gone up. Thus the impossibility for a manufacturer to test every possible scenario. Heck, I spent time doing QA at IBM, we'd get bug reports on LANGUAGE specific version of the software.   I'm not excusing the company. I do however live in the real world. I expect the software to work, I understand that no software beyond a "Hello World" program will have bugs. I expect the manufacturer to do due diligence in testing, hence Beta and RC releases. I also expect that at some point, software becomes RTM. ... View more

Re: topologie not reflecting reality

by Philippe in Switching
ok thnx for the advice to all ... View more

Re: AMP does it scan email attachments

by Enrico_Romero in Security / SD-WAN
CJ_Ramsey is right. Since the AMP is only scanning the NETWORK and it is not scanning the incoming and outgoing EMAIL traffic. Best to use Email Security Solution of Cisco. ... View more

Re: s2s vpn between Meraki and Non Meraki

Dashboard_DJ in Security / SD-WAN
1 Kudo
1 Kudo
@Senan_Rogers 3rd-party VPN routes are not advertised into the AutoVPN route table and there is no way to do so unfortunately. A common workaround when you need to merge both AutoVPN and 3rd-party VPN route tables is to use two different MX appliances as hubs: 1. DC MX1, that's in your main org and terminates your Meraki AutoVPN domain. 2. DC MX2, which is in a dedicated org you create just for terminating 3rd-party VPN.   Then on DC MX1, simply configure a static route for any of the remote, 3rd-pary VPN destinations with a next hop of the inside IP of MX2. The same can be done in reverse on MX2, with a default route pointing towards your MX1 or your DC core. ... View more

Re: MX Templates and Traffic Shaping

by bayet in Security / SD-WAN
The option I was looking for, is for the configuration of traffic shaping of individual traffic types per network. Not only the uplink traffic shaping.   ... View more
Kudos from
View All
Kudos given to
View All
My Accepted Solutions
View All
My Top Kudoed Posts
View All