I'm curious to know what naming conventions do you use for your switches?

My company likes to use the following format:

This naming convention can get long due to the address, so I am looking into formats that will shorten the length while still looking neat and giving the correct information. We have multiple switch stacks in buildings with a lot of floors.

Pretty similar to ours except without the Country Code.

I imagine your company is country wide.

The important thing is physically labelling the switches with the same info, theres no point giving them names if the person standing in front of them can't work out which is which.

I tren to use something similar to @UCcert .  Sometimes I used the nearest international airport code as well (depends on how many sites they have in different areas).

With Meraki I never considered it much since they are already categorized by organization > network and there are places for the physical address with map, notes and even mounting photo.

That said, I sometimes use floor, room, switch # to match labels physically printed on them.

The map would show the address, but I've never gotten the chance to use the floor plans feature in the Meraki Dashboard since our organization has a hard time of obtaining them.

However, in a case where there are multiple IDFs on the same floor, I'm trying to come up with a short and sweet naming convention.

For example, the 2nd floor has IDF 1 and IDF 2 with each IDF having their own switch stacks.

In the future, we're planning on consolidating our offices and doing a floor plan layout to move the MDF and IDFs. Thought I'd get a head start.

@Shadius : I prefer @UCcert as well with the country code if you have multiple countries.

I think the floorpans only work with MRs?  Here is a snip of one building switch names I used that has multiple rooms per floor with switches.  Then on each switch page I put the actual room # in the notes.  The room number can also be found on a floor plan and on the actual door.  This was all installed 5 or so years ago so it is super helpful for a tech to find a switch without wandering through halls and trying various closets, etc 🙂 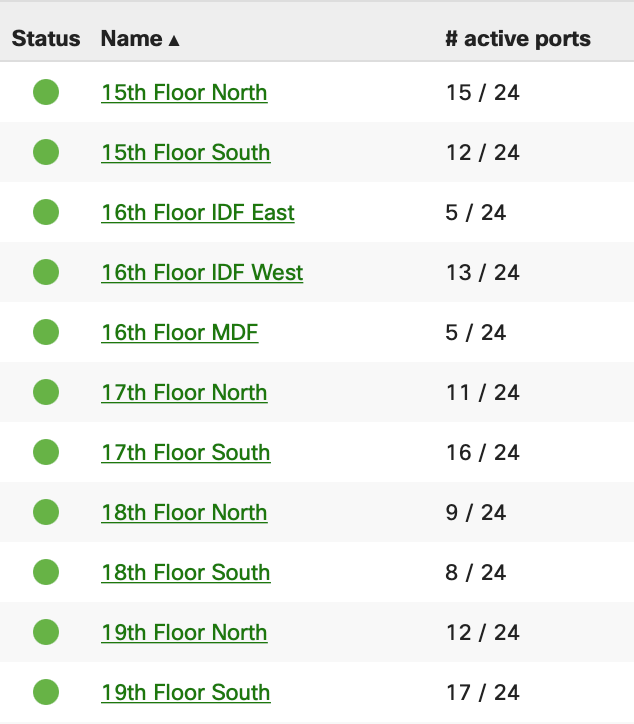 @BrandonS  Do you give all of your staff a compass incase they lose their bearings 😂 Only joking we have the same thing in one building with access points.

@BlakeRichardson Ha.  This particular building is troublesome as it is federal government and needs security and escorts and can take 30 minutes from arrival just to get inside a room 😉

@UCcert that naming convention looks awfully similar to the one I've been using for the last 25 years 😈. It works worldwide though I add one extra letter:

For a fibre switch replace E with F, for Token-Ring we used a T, however ES is replaced entirely with FW for corporate firewalls and PI for public internet ones as we aren't entirely consistent and we've never had a firewall that isn't Ethernet!

Ultimately if everyone can find the device from the name then who cares what format you use! 🙂 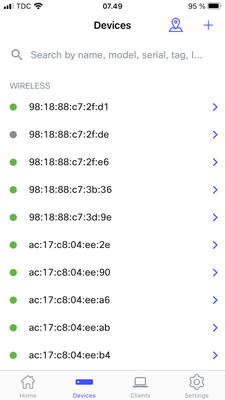