In a kind of Meraki-Magic (or was it @MeredithW-Magic?) a merakified Ikea cloud lamp showed up on my desk.

But I thought it needs a "merakification to the max". I wanted it to be Meraki-green instad of white.

And so my little project (well, can something that is done in a couple of hours be named a project?) began.

First I removed the internal LED and placed a smart lightbulb into it and the cloud lamp shined in green. But the problem was that I didn't want to mount it at the wall, instead I wanted to place it on top of my shelf. And the lightbulb also lighted the wall behind the cloud lamp. That didn't work as expected.

Next thought was to attach a backplate, but that had to be build so I decided to use a light that only shined into the cloud lamp but not to the back.

The second try with a lightstrip failed before I even turned it on.

But then I thought of the Nanoleaf Canvas and got me some of them. Sadly, my measuring skills were not as expected, and they are just slightly to large.

Back to measuring and after a short delay I got some Nonoleaf Mini Triangle Shapes and three of them connected together are of a nearly perfect size to be attached inside the lamp. 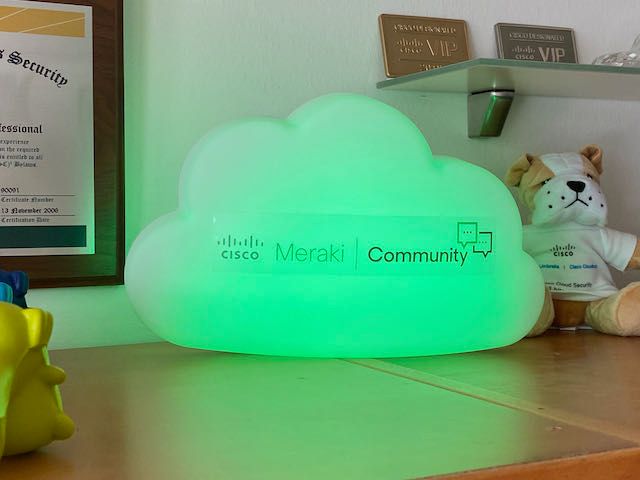 It still reflects some light to the back, but that is IMO acceptable.

These are the three mini shapes: 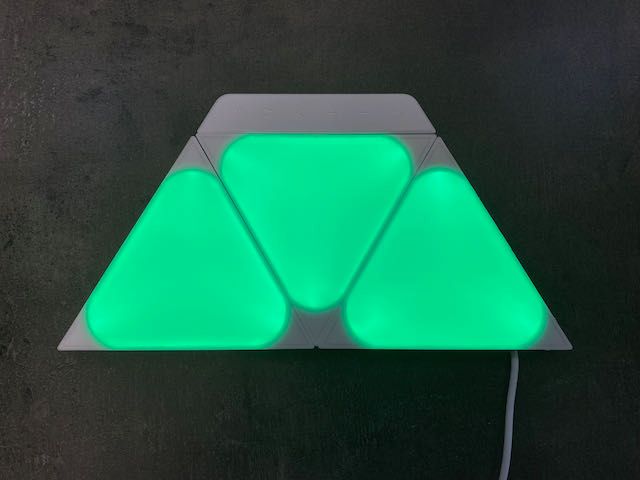 The next project could be to change the color from green ("everything fine") to yellow ("some customers with problems"), to orange ("some more customers are impacted") to red ("switch off the phone and directly leave the country"). And with three shapes which can be individually color coded, there could be even more variation. 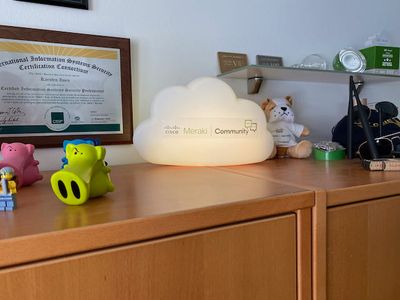 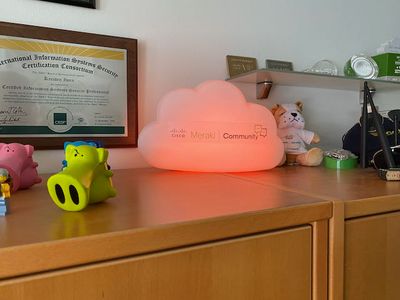 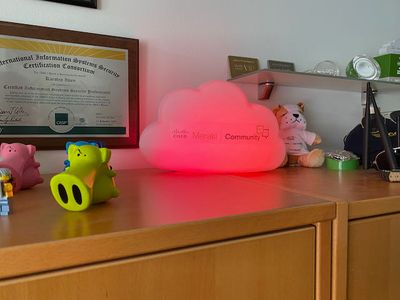 But this has to wait, something changes between green and yellow here ...

@KarstenI : Wow thanks for sharing pics. i received too. Thanks a lot @MeredithW

Liking the “Snort” pigs too @KarstenI

IKEA and Meraki marketing teams are in a WebEx meeting as we speak.

Part 2 is where you link it to your dashboard using the API and its colour changes depending on the status of your network.

Is this going to be a new theme, how can you modify Meraki swag?

@BlakeRichardson I am not sure if the API is the solution. Probably receiving Webhooks is better here. It could count the customers affected and also evaluate the strength of the impact. But I have no idea how to connect that to HomeKit. Ok, I didn't search for it for now. Even more elegant would be an integration of the Meraki iOS-App into Apple Shortcuts. Choosing a Light-Szene based on Events from the App would be really nice.