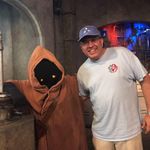 View All
Latest Contributions by EJN

by EJN in Switching
The only thing that happened is a Netgear switch downstream came back online after a power outage.   The alerts are getting generated on many/most/all of my uplink ports on multiple Meraki switches.   I'm new to UDLD.   Where can I start troubleshooting? Most common causes for this?     ... View more

Re: Share your IT horror stories! Win a treat!

by EJN in Community Announcements
1 Kudo
1 Kudo
The plans were set. Camping after school on a Wednesday for 4 nights of camping in the Florida Keys. Car loaded, classes done for the day, and no open IT issues to resolve. Let's bring the laptop just in case to check email at night... except one problem, time is short and there isn't any room in the car for the laptop backpack. No worries... just slide it on top of all the camping gear on the rear of the car.   Leaving school, let's stop for gas. Open rear door, laptop almost falls, but no worries, set it on top of roof while filling with gas. Mind is all over the place trying to rush. Gas done, back in car... laptop still on roof. As the person who will remain anonymous for now pulls out of the gas station and into the onramp for the highway, all of a sudden a sliding sound and a thump. What was that?! The F*&^(*@G laptop!!!   First thought, oh well, nothing that can be done. It's broken and unsafe. 30 seconds later... why not make a uturn at the next exit and see if we can at least recover the data on the SSD. Sure enough... there it is right in the middle of the lane in the onramp. Pull to the side, wait for traffic to pass, and grab it. Success! For sure the screen is broken... nope. Certainly it won't turn on... it did. It won't boot... it did. Just a bit of separation on the screen and a handful of scratches on the lid.   Lesson learned... don't rush.    Best part of the story... the anonymous person is me, the Director of IT at the school... the same person preaching handle with care to all the teachers. ... View more

by EJN in Wireless LAN
1500-2000 devices using the guest network? That number sounds very high (not knowing what school you are / location). For example, we are a K-8 school with 700 students, about 1500 devices in our entire network, and my guest network only has 5-25 users at any given moment. We don't have guests roaming the school, and on the church side the number is small. Also, I have guest turned off on the school side during school hours.     ... View more

Re: MR 44 goes into repeator mode

by EJN in Wireless LAN
An easy first thing to try is to redo the two ends of the cable (assuming it's a custom length cable). If prebuilt, then just change the cable. ... View more

Re: Problem with select MacBook devices connecting to our network

by EJN in Wireless LAN
Could there be a block for MAC address somewhere for those two devices? MDM? Some other security that is blocking these 2? ... View more

Re: Port schedules and safety

by EJN in Wireless LAN
1 Kudo
1 Kudo
I'm not against this, but wondering if there will be any savings. If power is coming from POE, will the switch consume less power because a number of ports don't need it, or will the switch continue to draw the same amount of power, and simply have more available for other ports? ... View more

by EJN in Switching
I have submitted a feature request in the past to add visibility into what caused the downtime... for example, power failure vs. unable to reach Meraki Cloud vs. uplink down vs. something else. This would help with troubleshooting in cases like this. At a minimum, I would love to see loss of power as the trigger vs. loss of cloud connectivity. ... View more

by EJN in Dashboard & Administration
1 Kudo
1 Kudo
Big kudos on this, and hope it can expand to other areas of Level 1 and possibly Level 2 support. Support via chat is awesome. And always have the option to escalate to a documented case in case chat is not the right tool for a given issue (too complex for example and better by phone or WebEx). ... View more

Re: claimed device (verified with changelog) is missing from inventory - ca...

by EJN in Dashboard & Administration
It's two steps... first you claim, and then you add to network. Did you claim but forgot to add to network? ... View more

by EJN in Switching
1 Kudo
1 Kudo
I'm using a mix of Meraki and 3rd party optics and can confirm they are working OK. ... View more

by EJN in Dashboard & Administration
I like the concept of this page, but I'm a single entity end-user. I should not see labels/references to MSP. ... View more

Re: Cannot set an alert for more than one tag

by EJN in Dashboard & Administration
5 Kudos
5 Kudos
As a workaround, could you create a new tag called "alert," assign it to those ports, and configure the alert on the alert tag? ... View more

by EJN in Dashboard & Administration
I did earlier. I opened a case on the dashboard. ... View more

by EJN in Dashboard & Administration
We are single network / single organization. I think it's a bug that this is showing for us. Also, even if we were multiple organizations, I don't think MSP is the right title for this. An end-user with multiple organizations doesn't want to see/use the word MSP.   There is also a typo in the help bubble that pops up. ... View more

by EJN in Dashboard & Administration
Noticed today. I'm an end-user, not an MSP. Opened case, but wanted to post here as well. ... View more

by EJN in Dashboard & Administration
4 Kudos
4 Kudos
Thanks for the info. I use the Give Feedback button often, but the issue is that once you submit you don't know anything about your submission. It would be nice to get a submission number (similar to a case number), and also close the loop with feedback from Meraki to the customer.   I love the idea of User Voice where the feedback gets published in a forum for discussion, and people can comment and vote.   I will say the pricing on User Voice seems high. Maybe a tweak here or there in this platform and we can add a New Feature Request forum, and use the kudos as upvotes?! With a big disclaimer that reads this is only for informal user to user discussion on new features... no promises or expectations on implementation. ... View more

by EJN in Dashboard & Administration
1 Kudo
1 Kudo
I've mentioned this to a few people and wish Meraki would implement this or similar.   https://www.uservoice.com/   Please log feature requests, and others can vote on them, add comments, etc.   (wasn't sure the best place to post this for Meraki Admins @MeredithW) ... View more

by EJN in Wireless LAN
This particular message may indicate the MR56 is unable to connect to the Meraki Cloud. What is the status showing in your dashboard? Are your other MR devices OK? (or MS or MV)?   What color do you see in the MR device?   Can you try a hard reset with the physical pin hole in the MR?   https://documentation.meraki.com/General_Administration/Support/Resetting_Cisco_Meraki_Devices_to_Factory_Defaults ... View more

by EJN in Wireless LAN
1 Kudo
1 Kudo
You can rollback/undo for 2 weeks. After that you can't. If this is your situation, I recommend opening a case in the Dashboard for support.   The rollback button is the undo arrow icon in the Firmware screen in the dashboard.   https://documentation.meraki.com/General_Administration/Firmware_Upgrades/Managing_Firmware_Upgrades ... View more

by EJN in Documentation Feedback (Beta)
Just put 150 years for all. You'll be replacing/upgrading in 10-15 years anyway. ;o) ... View more
Kudos from
View All
Kudos given to
View All
My Accepted Solutions
View All
My Top Kudoed Posts
View All