The community team has recently acquired a small stash of Meraki-branded Hawaiian shirts. I've tried to come up with a good contest for which these could be awards, but our size selection is pretty limited, and the shirts are a bit odd (but also AWESOME)... so I'm just giving them away!

UPDATE: ALL THE SHIRTS ARE CLAIMED! Those of you who commented / PM'd me: stay tuned for an email to confirm shipping details.

Here's one of our Technical Evangelists, CJ, wearing this fine specimen of a shirt:

There's some nice subtle Meraki branding on the back (SOMETHING about the shirt has to be subtle...):

Cisco Meraki logo embroidered on the back

First to comment on this blog post with their shirt size (or PM me, if you're shy) will get a shirt!

Current inventory (I'll try to keep this up to date):

@RyanB kindly provided me some history on these awesome shirts:

The shirts were a homage to Brian Smith who was an original Merakian field sales rep (pre-acquisition by Cisco) who had really helped grow Meraki to what it is today through some very large early on wins. Brian could always be found rocking a Hawaiian shirt and was beloved by people within Meraki sales who knew him. He passed away in June 2017, at the age of 52. In his memory at our SKO in Vegas in Aug 2017 the sales leadership team had Meraki Hawaiian shirts made to honor him.

So, for those of you who won — wear these shirts knowing you're wearing an important slice of Meraki history.

Medium would be cool. i need to make 50 characters ???

Perfect for my trip to Hawaii in July

I'd love to get my hands on one of the Large ones!

@ww sorry about the 50 character thing! Waiting on our platform support team to reduce that limit.

A large would be too cool for my school! ! !  I need to make more characters ❤️

XL would be great

Those went fast! Those of you who commented / PM'd - stay tuned for an email from me to confirm shipping details.

You all should have received your shirts now! Who wants to post a picture wearing this swanky garb? 🌺 🌺 - Add it as a comment here and I'm sure you'll get lots of kudos 😀 👍

Thank you so much for the shirt CarolineS. I'll surely wear this to Hawaii when the volcanos dies down... : 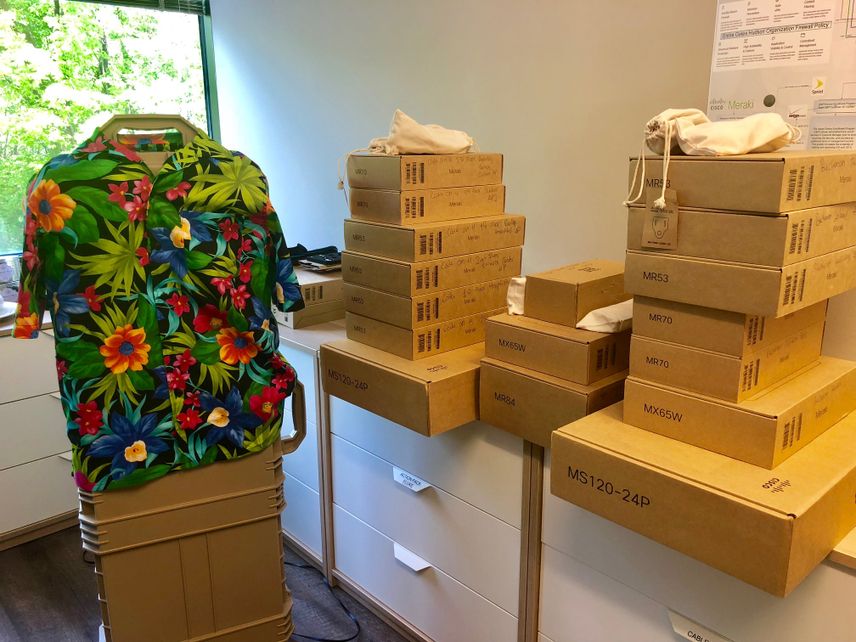