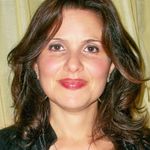 View All
Latest Contributions by Francesca

by Francesca in Community Announcements
2 Kudos
2 Kudos
Crew,  get ready for attaking!   Arrrg!!!!! There is another striking challenge for us!    The spoils will be the full stack of M-e-e-e-errraaaa-ki gear: MR-MS-MX-MV !!!       ... View more

by Francesca in Community Announcements
3 Kudos
3 Kudos
I have a new avatar! Best Regards   ... View more

by Francesca in Community Announcements
Here it is outlined, briefly, the amazing value of VLAN-Virtual Local Area Network technology in the network evolution.   The networks are complex and their architecture/structure changes for adapting to new and future needs.   So VLAN is an important and essential network technology for LAN segmentation and configuration: it makes easier and improves the interactions among end systems attached to layer 2 switch device;  just like the fire and the wheel were important for humankind in the far past.   In depth this technology allows the setups of several logical groups/collection of hosts (up to 4094 VLANs, but some are reserved) that communicate among them as if they were attached to the same wire, regardless of their physical location; there is also an extension of VLAN, called VXLAN, for large environment like new IOT-Internet of thing contexts with the possibility to overcome the constraints of classic VLAN.   Each group is a separate broadcast domain (where every host sends packets to all others in the group).   Some fundamental benefits of VLAN are described here:   these network segmentations are very useful because could be based on organizational needs of the company (financial area, engineering area and marketing area) or functional/application needs; VLAN can limit the number of hosts and so it reduces the interference and interaction between the broadcast domains, enhancing security; VLAN encompasses and reduces packet traffic: broadcast, unicast and multicast traffic in layer 2 devices; and improve the use of bandwidth; possible VLAN reconfiguration can be done through software/CLI-Command Line Configuration rather than by physically unplugging and moving devices or wires and this brings greater flexibility in the network administration; VLANs can be locally significant or be trunked over multiple layer 2 devices; VLAN can span anywhere in network, which happens due to trunk link connection; VLAN tagging, developed by Cisco, is the technique for identifying the frames that travel in trunk link with special tags.     Thank you. Best regards. Francesca ... View more

Re: Have you seen the Gnome? (UPDATE: He has been FOUND!)

by Francesca in Community Announcements
RE: With Remote Live Tools on Meraki Dashboard  "I FOUND THE GNOME" hidden in the Meraki community!       I would like to attempt to win the Meraki Gnome. Thank you.   Best Regards. Francesca, CMNA   ... View more
Kudos from
View All
Kudos given to
View All
My Top Kudoed Posts
View All