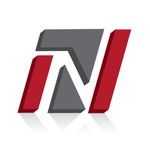 yesterday
Kudos from
View All
Kudos given to
View All

View All
Latest Contributions by MRCUR

by MRCUR in Switching
1 Kudo
1 Kudo
Run away and don't look back.  ... View more

Re: Episode 12: Simplifying IT at Reading School District

by MRCUR in Meraki Unboxed Podcast
2 Kudos
2 Kudos
This might be my favorite episode. Let's do it again sometime @merakisimon!  😉 ... View more

by MRCUR in Smart Cameras
1 Kudo
1 Kudo
Late to the party on this, but a big FINALLY to the MV team for adding this feature!  ... View more

by MRCUR in Security / SD-WAN
@EvanM Yes, we still run the two vMX appliances that I referenced earlier. Current costs are in line with what I posted previously. They just work for us which has been great. Essentially no maintenance other than updating the Azure VPN subnet list when we've added additional subnets at other sites.  ... View more

by MRCUR in Mobile Device Management
Any update on full disk access profiles that @Baustinceltic asked about @Noah_Salzman?  ... View more

Re: Difference between management port and uplink port

by MRCUR in Switching
1 Kudo
1 Kudo
@Chriz_J I'm not sure what you mean by "emergency" management IP. If you set an IP through Dashboard or the local UI for a switch, that is the IP the switch will use for its Dashboard (Internet) connection. There isn't a concept of a "backup" or "emergency" IP on Meraki devices (they will automatically revert to a previous IP however if you incorrectly configure the management IP).  ... View more

by MRCUR in Smart Cameras
@BlakeRichardson wrote: @SoCalRacer  Could you not mount on the ceiling tile itself? Sandwich the tile between the camera and a piece of wooden board on the otherside so that it has a decent fixing.    Much easier to replace the tile than the T-bar when you end up replacing hardware.  The MV12's are so light there isn't really a need to have a wooden bar above the tile. We screw directly into the tile with the plastic screw retainers (for drywall) above the tile to keep the screws secure. We're over 1,000 deployed now and none have come off tiles unless encouraged by flying objects.  ... View more

Re: Locking rotation of MV.

by MRCUR in Smart Cameras
This is a known issue which I believe affects all models of cameras. Engineering thought it was fixed on 3.26 firmware but it's still happening.  ... View more

by MRCUR in Switching
@MRCUR wrote: @Mosquitar wrote: Hi,   Did you ever get this issue resolved? If so, what was the fix as we are experiencing issues with a topology similar to yours.   Thanks Unfortunately not. I had to reopen the support case today as the issue (likely with DNS) is still occurring and causing instability for the 425 stack. The school year ended before we were able to determine a root cause last year so hopefully it can be found this time around.  The remaining issue is being caused by malformed DNS packets through the app X-VPN - https://xvpn.io/. The individual packets are significantly larger than would be expected for a DNS response and are possibly all being sent to the MS425 CPU to process for DNS inspection.    We've put in place ACL's on the 425 stack temporarily to block all DNS traffic that does not go to or come from our internal DNS servers. MS engineering is looking into the issue.  ... View more

by MRCUR in Switching
@Mosquitar wrote: Hi,   Did you ever get this issue resolved? If so, what was the fix as we are experiencing issues with a topology similar to yours.   Thanks Unfortunately not. I had to reopen the support case today as the issue (likely with DNS) is still occurring and causing instability for the 425 stack. The school year ended before we were able to determine a root cause last year so hopefully it can be found this time around.  ... View more

by MRCUR in Security / SD-WAN
I'm pretty sure you'll need to NAT to a different IP for the WAN 2 rule. Can you go for the other option @PhilipDAth presented so this isn't an issue?  ... View more

by MRCUR in Security / SD-WAN
Are you unable to use a Virtual IP in this scenario and just connect WAN 1 port on each MX? This would allow you to leave the NAT rules alone.  ... View more

Re: Camera VLAN and Local Streaming

by MRCUR in Smart Cameras
1 Kudo
1 Kudo
As long as you have a route to the camera VLAN, you'll be okay.  ... View more

by MRCUR in Security / SD-WAN
@CHAadmin I don't disagree with your FR at all, but GCDS is not "messy". It's pretty simple to setup, requires very little management once implemented (unless you make AD changes) and can easily allow for single identity management in AD.  ... View more

Re: It's a secret

Re: Possible to use MAC address filtering and RADIUS PEAP at the same time?

by MRCUR in Wireless LAN
@capricorn80 wrote: If a machine is not talking 802.1x the how can you use certificate? This is for devices like chromecast, amazon sticks etc.  Also Meraki is not support both MAB and 802.1x with same SSID. MAC auth can work well for those types of devices if you don't want to do PEAP with them.  ... View more

by MRCUR in Smart Cameras
4 Kudos
4 Kudos
You're absolutely right that this is a limitation of the MV platform today and certainly a problem for some deployments as you described.    The MV platform today uses HLS for streaming which has a delay because of how it sends chunks of content to clients. This is a good explanation of how HLS works and why it has a lot of latency: https://www.theoplayer.com/blog/low-latency-hls-lhls   Switching to a different streaming protocol is not an overnight task for the MV team. I know @GeorgeB is aware of the requests for lower latency streaming and I'm sure it's on his to-do list for the team.      ... View more

by MRCUR in Security / SD-WAN
We use an EA agreement with a yearly monetary commitment.    The vMX we run in East US I did a reserved instance for the VM portion so we just pay for the OS disk and public IP each month on that.  ... View more

by MRCUR in Security / SD-WAN
1 Kudo
1 Kudo
@nikiwaibel While I understand what you're going for, badgering Support about this isn't going to change anything right now. Make sure your sales team knows you want IPv6 support in the MX line so they can add your account ($$$) to the feature request.  ... View more
Kudos from
View All
Kudos given to
View All
My Accepted Solutions
View All
My Top Kudoed Posts
View All