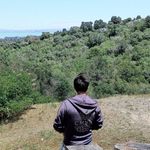 View All
Topics AlexC has Participated In

by CharlesIsWorkin in Security / SD-WAN
Amen brother! I was just thinking that as well. Some of those nice to haves you can get in a Linksys gaming router or TP-Link seem to have fallen through the cracks. ... View more

Re: Packet loss from Azure vMX to spokes

by CIO1 in Security / SD-WAN
5 Kudos
5 Kudos
I had the same issue: consistent packet loss (normally 1% - 2%, but sometimes spiking to 35%+) on both of my Azure VMXs in 2 different regions. When I placed a high load on the VMX's to/from Azure, the AutoVPN would drop. I tried everything noted above to no avail. I finally called Meraki Support today and spoke to Sanket who did a great job working this issue with me. He found a recent internal support article related to this issue. The VMX setup guide failed to mention this configuration item and has since been updated as of October 2021.   To fix the issue, login to your Azure portal and open your Route Table(s). Select Subnets and disassociate the subnet that both the Azure Router and VMX Router share. In my case, it was subnet 10.100.0.0/24. Azure default gateway was 10.100.0.1 and the VMX was 10.100.0.4. I'm assuming the two were fighting over the traffic and causing the packet loss.   After disassociating the subnet, the packet loss stopped, performance noticeably improved, and the AutoVPN drops stopped. I didn't experience any routing or connectivity issues. No downtime was incurred either when I applied the disassociation in Azure.   I hope this helps anyone who's been troubleshooting this for months like me. ... View more

Kevin_C in Mobile Device Management
1 Kudo
1 Kudo
The Education payload should now be available for macOS.  Please note that this payload must be configured as part of a user profile in order to work properly on macOS devices.     ... View more

by jm_peterson in Mobile Device Management
@davidson2020 I think the thread you are looking for might be https://community.meraki.com/t5/Endpoint-Management-Systems/Anyone-else-seeing-Unverified-Certificates/m-p/62026#M5509  Maybe that shouldn't effect is at play.  ... View more

Re: How do i manage license warning emails?

by ToryDavenport in Dashboard & Administration
@AlexC Do I need to unsubscribe from every organization manually one by one? ... View more

Re: Detecting Lease Exhaustion and Freeing Up an Address

by Jason-907 in Developers & APIs
1 Kudo
1 Kudo
Thanks for all the help! Here's what I came up with.    myvlans = meraki.getvlans(apikey, networkid, suppressprint=False) vlanid = 100 myipassignments = {newmac: {'ip': myip, 'name': name}} for vlan in myvlans: if vlan['id'] == vlanid: vlan['fixedIpAssignments'].pop(oldmac) vlan['fixedIpAssignments'][newmac] ={'name': name, 'ip': myip} meraki.updatevlan(apikey, networkid, vlanid, name=None, subnet=None, mxip=None, fixedipassignments=vlan['fixedIpAssignments'], reservedipranges=None, vpnnatsubnet=None, dnsnameservers=None, suppressprint=False) It works great, but while I was testing I noticed a slight quirk. I was swapping old mac and new mac back and forth, but changing the name so I could be sure things were changing, but the UpdateVLAN function doesn't change the name. It will set the name if it's a new MAC, but if you are recycling a MAC it will retain the name it had originally. You have to use the dashboard to actually change the name. Shouldn't *really* be an issue, but it could be a quirk if you are trying to write a script that adds more description to reservation names. (I like to use CompName-Username, but previous admins didn't follow this method, so I wouldn't be able to write a script to normalize this naming scheme.) Also, it seems like sometimes it will change the name and other times it won't...can't really figure out what the reason is behind it. ... View more

by MichelPrevost in Switching
1 Kudo
1 Kudo
Hi, From experience, it's a bad cable/connector/connection. The switch sense that the device at the other end need power, so it's sending power to it (That for the lightning). But when it's come to establish Layer 1 connectivity, it's fail. The switch is not able to detect the speed of that the other end is able to handle. Replace patch cable at the switch, the one at the AP first. Change connector at both end of the inwall cable if changing the patch panel didn't help. Test the cable with a proper cable tester (Fluke DTX1800 or that kind of testset) before gooing further (or do it right from the begining, I may also be wrong) and replacing the complete inwall cable. keep us posted. ... View more

Re: Motion windows are different versus the screen live video of Cameras

by JLDarbonnel in Smart Cameras
Hi,   Indeed, i have open a ticket to support and i gace them access to our MV Cameras. I'm waiting the retrun.   Thanks   Regards ... View more

AlexC in Security / SD-WAN
2 Kudos
2 Kudos
I agree with @PhilipDAth that this is likely due to carrier NAT-ing your traffic (which is very common with cellular connections), and or not allowing return traffic for the VPN traffic flow.   A reboot (or disabling and re-enabling VPN) can sometimes resolve such issue because with automatic NAT traversal, your MXen's will establish a new UDP flow. This article has some nice illustration of the entire VPN establishment process: https://documentation.meraki.com/MX/Site-to-site_VPN/Automatic_NAT_Traversal_for_IPsec_Tunneling_between_Cisco_Meraki_Peers   If you plan on staying with cellular, it might be worthwhile to check with your carrier about getting static IP service rather than DHCP.   Cheers,   -Alex ... View more

AlexC in Wireless LAN
1 Kudo
1 Kudo
Hi @SAM-Al   It is recommended to have a dedicated VLAN for management traffic, although not always required, per our KB article for Understanding and Configuring Management VLANs.   In your case, I would recommend configuring your aggregation switches' management interfaces in the transit VLAN (so that they can still function if anything happens downstream), and then creating a management VLAN on the aggregation switches for the remaining downstream equipment (access switches, APs, etc).   As long as routing is configuring properly, you shouldn't have an issue with on-premise or cloud based RADIUS server.   Cheers,   -Alex ... View more

RohitRaj in Mobile Device Management
2 Kudos
2 Kudos
Hello @Tom-B , Just to update you, your issue should now be fixed. Please confirm the same and let me know. If you continue to face problems, I would recommend updating your case so the support engineer can update the internal teams of the same.  ... View more

Re: Can I get some AD integration for dummies help?

AlexC in Security / SD-WAN
Hi @BrianChambers,   The KB you linked is actually a very good step-by-step guide to get you started!   @PhilipDAth is correct that you do not need multiple subnets for this to work, just as long as you have the matching subnets configured on the AD side.   For the certificate, we would recommend that you use a Certificate Authority (CA) signed certificate as it is more secure and is considered best practice. Self-signed certificate can also easily be configured via IIS if a CA signed certificate is not available.   I would also recommend reach out to Meraki Support (via Help > Get Help on dashboard) if you run into any specific issue or have specific question about the setup, they will be able to help you validate any configuration from the dashboard side.   Cheers,   -Alex ... View more

Re: Possibility for complementary firewall rulesets

AlexC in Security / SD-WAN
@stockster wrote:   May I add, I believe the wording you used with "to apply additional rules" is probably a bit unfortunate in this context, as it is in fact not additional but superseded rules for members of this particular group, right? My apologies for the confusing wording there. You are correct, it would be an override in this context. There are instances where multiple policies can be applied, however, doesn't apply in your case here or when using AD mapping (more details here).   Thanks for the clarifying question! ... View more

Re: What will happen to the Non-MerakiVPN if we change the VPN option Hub t...

Re: Route only specific clients over VPN

by Owen in Security / SD-WAN
Create a new VLAN at the remote site and don't include the VLAN in the VPN topology. This VLAN would use the local internet connection for everything. You would have to then move some clients to the new VLAN somehow so either a new SSID or switchport changes. ... View more

AlexC in Mobile Device Management
The steps you listed are actually for profile enrollment and not agent enrollment!   It is not required to enroll both ways for the device(s) to register with dashboard, however, you might need agent enrollment if you are trying to utilize specific functionality, such as pushing software or use remote desktop.   For a complete list, check out this knowledge base article:  Systems Manager Agent and MDM Profile Enrollment   Hope that helps! ... View more

AlexC in Smart Cameras
Hi @Julian!   This seems like it would be a nice Make a Wish!    Since video walls are essentially tied to the camera network, you can also consider splitting the 100 cameras into different networks (based on their location, site, building, etc). That would allow you to set admin privileges for each networks, but would also lower the number of video walls they see!   Hope that helps! ... View more
Kudos from
View All
Kudos given to
View All
My Accepted Solutions
View All
My Top Kudoed Posts
View All