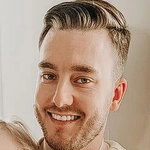 Raphael , 27 years old , working as a network engineer in Canada. Been in IT for the past 9 years. Currently working with Meraki products for the past 4 years.

View All
Latest Contributions by RaphaelL

Re: Creating incoming access on the same port to two internal addresses

RaphaelL in Security / SD-WAN
Do you own more than 1 public IP ? If so , this can be achieve with NATing . Here are some great examples : https://documentation.meraki.com/MX/NAT_and_Port_Forwarding/Port_Forwarding_and_NAT_Rules_on_the_MX ... View more

RaphaelL in Developers & APIs
I'm not aware of any endpoint for that.    You could maybe use :  getOrganizationClientsSearch  to do the reverse lookup ( find where a specific MAC was seen )    https://developer.cisco.com/meraki/api-v1/#!get-organization-clients-search ... View more

Re: Log reference guide/schema for API network and security events

RaphaelL in Security / SD-WAN
4 Kudos
4 Kudos
Hi ,   If you are looking for the possible events you could try this endpoint : https://developer.cisco.com/meraki/api-v1/#!get-network-events-event-types  ... View more

Re: How to block Index Websites

RaphaelL in Security / SD-WAN
Indeed in MX 17 and up , Cisco Talos ( or tacos ? 😅 ) is supported.   https://documentation.meraki.com/MX/Content_Filtering_and_Threat_Protection/Content_Filtering_Powered_By_Cisco_Talos  ... View more

Re: site to site VPN and client VPN

RaphaelL in Security / SD-WAN
They could. The Client VPN flow will be over the internet and not in the S2S VPN.      Client VPN on Site B -> ( Internet ) Site A  -> AWS.    In that case having or not the S2S between Site A and Site B is irrelevant That would be one way to do it. ... View more

RaphaelL in Wireless LAN
Hi ,    So your issue is only present on the MR32 ? Do you have any L2 protection features such as DAI ? ... View more

RaphaelL in Developers & APIs
Hi , I would personnaly use Python to developp a small script to achieve your needs.  The Meraki Python SDK is pretty well made and easy to learn ! I usually test individual endpoints with Postman , but when doing automation I use Python. I'm not sure if you can do that in Postman.    Here is some pseudo code.     Loop through all Networks    Filter networks on something that you desire ( name , tag  [...] )    Get the Vlan info ( supply the networkID and the Vlan ID )    Update the same Vlan ID but without the groupPolicyID , remove it    listOfNetworks = getOrganizationNetworks for Network in ListOfNetworks: if "Criteria" == Network["name"]: ###Or Anything to match desired networks Vlan = getNetworkApplianceVlan(Network['id'],VlanID)#networkID from "Network" and vlanID if "NameOfYourVlanToEdit" == Vlan["name"]: ### Just to make sure its the good vlan updateNetworkApplianceVlan ###Update same Data without groupPolicyID Obviously test it before looping throught all your networks and I'm not responsible for any mess created 🙂   ... View more

Re: How to block Index Websites

RaphaelL in Security / SD-WAN
Hi ,   Since the website are not yet categorized I would simply block them in the Content Filtering section    https://documentation.meraki.com/MX/Content_Filtering_and_Threat_Protection/Content_Filtering   You could then file a website reclassification at  https://www.brightcloud.com/tools/change-request.php according to Meraki's documentation. Good luck ! ... View more

RaphaelL in Developers & APIs
Hi ,   Sorry for the late reply. Are the MT API in beta ? I can't find the right documentation for this endpoint.     Do MT sensors support API’s? Yes. Sensor API endpoints are currently in Beta version. Please contact Meraki Support to enable the Sensor API endpoints for your organization if you wish to test it.   Have you done that ? ... View more

Re: SNMP successfully polling only every 30sec

RaphaelL in Switching
2 Kudos
2 Kudos
Hi ,    Have you tried to manually test the SNMP MIB with a different tool ( let's say  snmpwalk  on a windows machine and try to poll it every seconds ). If that doesn't work ( or you only get a value updated every x seconds , I would suggest to open a case with Meraki ) ... View more

RaphaelL in Switching
3 Kudos
3 Kudos
Switch#sh run | i spanning spanning-tree mode rapid-pvst spanning-tree extend system-id spanning-tree vlan 1-4094 priority 4096 Switch#sh spanning-tree VLAN0001 Spanning tree enabled protocol rstp Root ID Priority 4097 Address XXXX.XXXX.XXXX   Documentation that I posted earlier :  Rapid-PVST This is a  Cisco proprietary protocol on Catalyst/Nexus switches  that is compatible with spanning tree (802.1D) and RSTP (802.1w). It is important to note however that as Rapid-PVST is a multi-VLAN spanning tree protocol, MS series switches can participate in spanning tree only when a spanning tree instance is running on VLAN 1 of all switches. In addition, VLAN 1 must be allowed on all trunk ports running Rapid-PVST, so that BPDUs are seen by the Meraki switches in the topology.  In this configuration, the MS series switches should never be the STP Root Bridge.   Yes it is a multi-VLAN protocol , but since the MS will only work on a single instance / single VLAN ,  the BPDUs have to flow freely on Vlan1.     So RSTP/MST is the only compatible way to configure Meraki/Catalyst Spanning-tree domain.  Yes. And if the customer enviroment is already configured for RPVST+ with different root bridges configured for different VLANs, and they introduce Meraki without converting over to MST, they will be in for a world of hurt, agree?  Depends on the topology. The documentation states a case that could hurt you in topology like Catalyst -> MS -> Catalyst.  For a ''normal'' topology of Catalyst ( root ) <- MS  , I don't see how you could mess up if you configure the priority correctly. ... View more

RaphaelL in Switching
3 Kudos
3 Kudos
Hi ,   You have to run RSTP / MSTP on your switches from other vendors.    I'm not sure to understand your issue.  Also : It has been said, with some evidence to back it up, that Meraki switches do not support true 802.1w per-VLAN Rapid STP 802.1W is RSTP which is a single instance and not per-vlan. You seem to be refering to RPVST which is a Cisco propriarity protocol   https://documentation.meraki.com/MS/Port_and_VLAN_Configuration/Configuring_Spanning_Tree_on_Meraki_Switches_(MS) https://documentation.meraki.com/MS/Deployment_Guides/Advanced_MS_Setup_Guide   ( section Spanning Tree (STP, RSTP))  ... View more

RaphaelL in Switching
I'm running a  MS220-24P on 14.32 , 2 of my ports are showing High CRC  Very high proportion of CRC errors on port 4 Very high proportion of CRC errors on port 10 Both ports are configured as Trunks ( should be access tho ... ) and are autonegociated to 10/100 Full duplex. All my other Apple TV that are not showing CRC errors have negociated at 1000 Full.  TLD seems buggy today , can't run the test on my port , but I'm pretty sure I have a cabling issue OR the issue is on the AppleTV ... View more

RaphaelL in Wireless WAN
Hi , it seems to me that the AP has recorded Radar activity on your channels ( 108,144  )   Are you using those channels ? Are the APs registered to the correct Country in the dashboard ?   You can manually exclude those channels if these logs persists  ... View more

RaphaelL in Switching
Hi ,  I'm pretty sure we do have this issue also.  What MS version are you running ?   Thanks , ... View more

RaphaelL in Developers & APIs
I have also found that If you delete a parameter , the content of the parameter is transfered to the next parameter ...    Look what happened to ip6 when I deleted an upper parameter :        This is a weird behavior. I'm on Chrome 98 btw ... View more

RaphaelL in Dashboard & Administration
Hi ,   We have a special case that we would like to allow a certain group of people to be able to do packet captures on all the Org. Currently the only way that I'm aware to give them access to that feature is by being a '' full admin '' of the Org. We don't want that.   Am I the only one with that special need ? Is there a misterious way to achieve my goal ?   Thanks ,  ... View more
Labels:

Re: Inbound rule in Meraki Dashboard for our RADIUS server

RaphaelL in Dashboard & Administration
Hi ,   I have not tested if the firewall page will update by itself , which I supose it does.    If you are using Site-To-Site VPN rules , you may have to adjust them, if not you may have nothing else to do on the Meraki side :  VPN traffic to both AutoVPN and Non-Meraki peers is only subject to the site-to-site firewall rules and is never subject to global Layer 3 firewall rules. https://documentation.meraki.com/MX/Site-to-site_VPN/Site-to-site_VPN_Firewall_Rule_Behavior ... View more

RaphaelL in Switching
Hi , According to Meraki Support and their documentation ( https://documentation.meraki.com/General_Administration/Cross-Platform_Content/Clients_Usage_Page_Overview ) : "A client will only appear in the list once it has passed Internet traffic. If a device, such as a LAN printer, does not pass any Internet traffic, then it will not appear in the list."   To be honest with you , this is a weird way to manage Clients and doesn't make any sense at all.  ... View more

RaphaelL in Developers & APIs
The documentation states that vlan is a string , but when looking at the Template Python request it is shown as a Integer. Weird...   When testing with a simple GET query : https://n378.meraki.com/api/v1/networks/L_XXXXXXXXXXXXX/clients?vlan=VALUE   I tried vlan=X , vlan="X" vlan=SomeGarbage and none of them returns en error , but none of them returns the expected results.    This is ultra broken and I would suggest you to open a ticket.   For the last part :    It took me quite a while to figure out that the 'statuses' and ' recentDeviceConnections' query's don't work without adding brackets ('statuses[]' and 'recentDeviceConnections[]') despite no note of it in the doc and the console in the documentation putting them in in a broken state without them by default (implying that that is the correct way to use them).   That behavior is expected since the documentation states that these values are arrays.      ... View more

Re: Client Isolation on Client VPN

RaphaelL in Security / SD-WAN
Hi ,   Unfortunately I don't think that is possible for the moment. Even with Group Policy I don't see how you could achieve this. ... View more

RaphaelL in Security / SD-WAN
4 Kudos
4 Kudos
Yes.  The Cisco Meraki MX Security Appliance uses  Dynamic DNS  ( DDNS ) to update its DNS host record automatically each time its public IP address changes.   https://documentation.meraki.com/MX/Other_Topics/Dynamic_DNS_(DDNS)   It may take up to 10mins depending on the TTL ... View more
Kudos from
View All
Kudos given to
View All
My Accepted Solutions
View All
My Top Kudoed Posts
View All