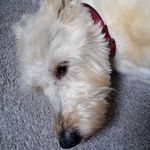 View All
Latest Contributions by JonP

RH in a comms room

by JonP in Sensors
Hello Community,   Hope you're all doing well.    Over the last few days our RH in the comms room has been creeping up to around 70%. We know this thanks to our MT10 we've placed in there.   My question is - is this ok? At what point do I need to worry about RH? We've set thresholds but they're a little arbitrary at the moment!     ... View more

by JonP in Security / SD-WAN
1 Kudo
1 Kudo
I will mention it to support again and have them check the CPU logs! Thanks! ... View more

by JonP in Security / SD-WAN
1 Kudo
1 Kudo
That's interesting as that was similar to my theory. I wondered if it was CPU usage. We have some port forwards enabled on 8001 and 8002 for CCTV access. We had/have a case open with support who have now replaced the MX and we put the new one in this week.  ... View more

by JonP in Security / SD-WAN
No, AnyConnect is disabled. ... View more

by JonP in Switching
Have you set a trunk port for that VLAN so that it can escape the core? We have a VLAN which only exists on our core switches, and thus isn't tagged anywhere. Those devices in that VLAN can't get out of the switch to the gateway or beyond. ... View more

Re: Switch Stacking and Trunking

by JonP in Switching
If you have a singe /23 subnet then as @PhilipDAth says, VLAN trunks wont make a jot of difference. You could split them into VLANs on separate subnets, and that would then mean you would, by necessity have to have some trunk ports in your switches, otherwise your VLANs won't be able to escape the switch. ... View more

by JonP in Switching
1 Kudo
1 Kudo
We have a similar setup. An MS Core, with two legs going to each of our access layer. The core has LACP links across the switches so in the event that one switch fails, the other can keep chugging.   Can you describe your LACP setup switch by switch? ... View more

by JonP in Security / SD-WAN
It appears to be all interfaces. ... View more

by JonP in Wireless LAN
2 Kudos
2 Kudos
Came here to say this! We had a mixed setup whilst we were waiting for our new MR's to come in. Air Marshal went wild until we figured out what it was and turned it off! ... View more

by JonP in Security / SD-WAN
Hello community,   We've been having problems for a few months now, where randomly our primary internet connection will failover to the backup. After much investigation, troubleshooting, network redesign and even a replacement of the MX the problem persists.   Prior to Wednesday, the internet would failover to WAN2 at random intervals, for a period of 1-2 seconds, and then switch back. This would have the effect of dropping every VoIP call in progress each time it fails over, and back again. The realtime utilisation graph in the Meraki dashboard is pretty much useless as by the time we get into it, the event has already gone off the left edge of the graph, and we only see current traffic, however on a couple of occasions we've seen high utilisation of the link immediately before a failover.    We logged cases with both Meraki and our ISP. Our ISP's router logs show that their LAN interface which connects to our firewall drops, but their WAN (internet) link remains up and available. To find out if the router or the MX was faulty, we installed a switch between them so we can log which port drops. We saw the MX's WAN1 port would go off during the outage. Meraki took this information, and replaced our MX.   The replacement was installed on Wednesday,  but the problem has continued - mostly during the night: 2 hours Thursday - midnight to 2am (both circuits) 4 seconds Thursday - 09:46:03-09:46:07 (primary)   We have managed to get PRTG up and running to monitor the interfaces, and interestingly this is showing zero downtime on either interface for the same periods.    Could this be a false positive? Could the cloud dashboard be recording loss of connectivity when in actual fact it is fine?    These "new" outages on the replacement MX have so far only happened overnight - so I am hoping that this is just the cloud being stupid.   Anyone have any thoughts?   ... View more
Labels:

by JonP in Security / SD-WAN
We have the same problem, only slightly reversed. We saw the MX drop WAN1 at random - only for a second or two and then come back up. We were directly connected to the ISP router and they were saying it is the MX dropping, whilst Meraki were suggesting it is the ISP router. We installed an HPE Aruba 2920 in between to log the port changes and we can see that the MX is indeed dropping the WAN1 interface, whilst the ISP router stays up.   We logged these findings with Meraki and they are replacing the MX as they believe it is a faulty port.  ... View more

by JonP in Security / SD-WAN
That has worked a treat! Thanks very much indeed, that is exactly what I needed to see! Next question - is there a similar template for the MS range? ... View more

by JonP in Security / SD-WAN
I downloaded the MIB and copied it to C:\Program Files (x86)\PRTG Network Monitor\MIB - is that all I need to do, or is there some more magical process to get PRTG to see it? ... View more

by JonP in Security / SD-WAN
I have v2C and V3 enabled and have tried with both. How did you get yours set up?  ... View more

by JonP in Security / SD-WAN
Hello all, For weeks I have been trying to set up my PRTG instance to monitor our MX bandwidth (or in fact, any sensor!) and failing miserably.   I've enabled SNMP in Organization>Settings, enabled SNMP Traps in Alerts, and opened the port in the firewall but whatever I do I cannot get the PRTG instance to register that the devices exist expect for the default ping sensor. I've tried following the instructions in the Meraki KB article on the subject, (https://documentation.meraki.com/General_Administration/Monitoring_and_Reporting/SNMP_Overview_and_Configuration) but PRTG still cannot communicate with any of my devices.   I am really confused where Meraki says "by default Meraki devices cannot be polled via SNMP from outside the local IP network" but yet earlier in the documentation it says that the hostname for all SNMP requests should be "snmp.meraki.com" so I can't see how those two statements can match up?   Either way, using the MIB file downloaded from the portal and uploaded into the PRTG system, or using the built-in MIB's doesn't work and I just get errors. I've even tried to test the devices from a PC within the network by using Paessler SNMP Tester. This is what I get each time:   06/04/2022 14:41:01 (4 ms) : Device: snmp.meraki.com 06/04/2022 14:41:01 (7 ms) : SNMP v3 06/04/2022 14:41:01 (9 ms) : Walk -v2c -t 10 -c meraki 10.0.0.252:161 06/04/2022 14:41:01 (168 ms) : Error: -2007   Does anyone in the community successfully monitor their Meraki install using PRTG or similar?  ... View more

by JonP in Security / SD-WAN
I don't believe EEE is enabled - but I can't find how to check? ... View more

by JonP in Switching
2 Kudos
2 Kudos
Of course! I'm dumb. When I connected the switch it was sending out BPDU's like crazy, and because we had BPDU guard enabled, the Meraki port transitioned to a disabled state. Because it is a switch and not a client device it would always send BPDU's.   Thank you @ww and @alemabrahao for the info. ... View more

by JonP in Switching
Yes, BDPU guard was enabled on the Meraki trunk port, but I had to switch it off to get the CBS switch to work. ... View more

by JonP in Switching
They are not Catalyst switches. These are CBS-250's and 350's. BDPU guard is not enabled on those switches. ... View more

Re: Switch between ISP Modem and Firewalls

by JonP in Switching
We've recently done this due to a flapping port on either the MX or the ISP router. We used an HPE Aruba switch with no config. Works well! ... View more

by JonP in Switching
I have an odd problem with my Meraki switches. Different models, but the same behaviour.   We have RSTP and BPDU Guard enabled on all our switches across the estate with the RSTP root being our core stack. We have a couple of managed Cisco (non-Meraki) switches which we installed in some key areas this week, however when connecting the switches to our network, the Meraki switch shuts down the port citing an RSTP/BPDU Guard issue. The only way I can get these other Cisco switches to function correctly on the network is to turn off RSTP for this port, which I don't like to do. This occurs even when the non-Meraki switch is the only thing connected to the Meraki switchport.   Can anyone offer me some guidance on why Meraki would see a fellow Cisco switch as a loop?   Thanks all! 🙂 ... View more
Labels:
Kudos from
View All
Kudos given to
View All
My Top Kudoed Posts
View All