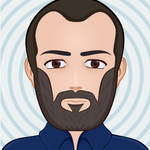 View All
Latest Contributions by GianPaolo

Re: GRE traffic over MX

by GianPaolo in Security / SD-WAN
Thank you for the answer.   I don't need MX to "support GRE", meaning to be a tunnel endpoint. My question is if the MX will forward GRE traffic, and apply SNAT to it, or it will somehow prevent the GRE tunnel to work. ... View more

by GianPaolo in Security / SD-WAN
Hello all, a client asked about creating GRE tunnel over a Meraki MX, with 1:1 NAT.   The MX would not be terminating the tunnel, just forwarding GRE traffic with SNAT to a specific public IP.   Anyone knows if it is supported / did it in production?   Thank you. ... View more
Labels:

Re: View LLDP or CDP information on MX device

by GianPaolo in Security / SD-WAN
1 Kudo
1 Kudo
The feature is still missing on the dashboard. I built my own tool, code is public and open source: https://github.com/routetonull/getMerakiNeighbor ... View more

Re: API - LLDP / CDP for every port for every device

by GianPaolo in Developers & APIs
1 Kudo
1 Kudo
Take a look here, you may find some code to build your own solution:   https://developer.cisco.com/codeexchange/github/repo/routetonull/getMerakiNeighbor     ... View more

Re: View LLDP or CDP information on MX device

Re: A Guest Community Challenge!

by GianPaolo in Community Announcements
A few ideas: 1) Show CDP and LLDP neighbors on the dashboard. I built my own tool for my NOC team: https://developer.cisco.com/codeexchange/github/repo/routetonull/getMerakiNeighbor 2) OSPF default information originate, with an option to withdraw the advertisement if both WAN links are down 3) Inbount NAT for VPN and Internet traffic 4) A better implementation of NAT to be applied on both WAN links for internal DMZ with public addressing (now NAT is bound to one WAN only) 5) An option to disable hub to hub tunnels for AutoVPN. ... View more

by GianPaolo in Security / SD-WAN
Will it work even when Branch and HQ use different public IP addresses to reach the Meraki Cloud?     ... View more

by GianPaolo in Security / SD-WAN
Hi Adam, thanks for the answer. I suspected that was the case - similar of what happens with remote Access Points when an SSID is bridged to an MX appliance.   Will the BLUE path be preferred over the GREEN path because the tunnel is created between private IP addresses of the two MXs? Is there a way to tune/influence/verify this behavior? Thanks       ... View more

by GianPaolo in Security / SD-WAN
2 Kudos
2 Kudos
Hi all, I'm preparing a SD-WAN PoC for a customer and there's a question still missing and answer about the design, maybe somebody can help.   Network topology is in the diagram below. Site has two links, one Internet connection and one MPLS link to HQ with local internet breakout.   The plan is to use SD-WAN on the two WAN connections, using data path BLUE (MPLS) and RED (INTERNET).        Based on the documentation the AutoVPN, when the public IP is not the same (IP1 and IP3 in the diagram) the VPN will be formed between public IP addressed and not using the private IPs reachable through the MPLS link:   So the traffic path would be RED and GREEN instead of the desired RED and BLUE.   Is that assumption correct? If that's the case, is there a way to force the use of link BLUE instead of GREEN for the VPN?     ... View more
Kudos from
View All
Kudos given to
View All
My Top Kudoed Posts
View All