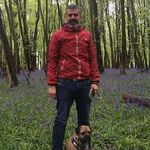 View All
Latest Contributions by LouisN5

Re: Meraki Go for home

by LouisN5 in Questions (and Answers!)
1 Kudo
1 Kudo
Hi there  Happy to share my experience. I’ve been using Meraki Go at home for around a year. I live in a large Victorian house and have 4 inside AP’s. Three inside the house  and one in an out building which is our second home office. Two of us work from home and make use of soft phones, teams, zoom etc. Have a fair amount of devices connected including wireless CCTV cameras. Initially, one of the AP’s in the house was meshed but I’ve since moved them around so they are all wired by Ethernet. Meshing was ok but found on a few occasions that the far end meshed AP’s would stop providing connectivity even though it appeared online in the Meraki app. A reboot fixed. I’ve more recently had a few issues with poor performance but a reboot again appears to have fixed. I switched from TP link as I wanted something which would play better with Sonos and Meraki appears to. From a config perspective there is now a web interface as well as the app. I’ve managed corporate Meraki networks and Go is far more basic but don’t feel there are many features I miss. I don’t use the security appliance as already had a small Cisco ASA firewall. There seems to be very little development in the hardware with no sign of new hardware or support for WPA3 for example. Hopefully this will come but definitely lagging behind other vendors and no real response from support on when this might be.  ... View more

by LouisN5 in Questions (and Answers!)
1 Kudo
1 Kudo
I've seeing hundreds of errors 'WPA-PSK auth fail Auth (RADIUS)' under the heath tab. The issues is happening across all of my AP's and across different hardware. Nothing has changed our side so not sure of the cause. All of the errors relate to different Apple hardware, iPads, iPhones, iMacs aside from one error showing the same error from a Sonos speaker. PSK's have not changed and the devices listed as having issues are still able to connect to wireless.   ... View more

by LouisN5 in Questions (and Answers!)
1 Kudo
1 Kudo
I manage Meraki wireless in the workplace and this supports SNMP. I suspect this is one of the feature Cisco remove as part of the less advanced Meraki Go offering. I’d certainly make use of it but feel Meraki Go is missing far more important features which I’d want to see implemented first.  ... View more

by LouisN5 in Questions (and Answers!)
1 Kudo
1 Kudo
Hi all   Having a few years experience with Meraki Enterprise, I've switched to using Meraki Go at home. All is working flawlessly with great performance and coverage. However I'm getting a warning message on the app.   One of my AP's isn't wired and and it meshed. The Meraki Go app is showing a warning message 'Your access point(s) (meshed access point name) are currently configured as BRIDGE mode with a public IP address. We recommend using NAT mode if there are problems using the network in these circumstances.   I'm using NAT within my router so the Meraki Go is set to Bridge. All wired AP's show their private NAT IP under LAN IP and my public IP under Public IP. The meshed AP shows none under LAN IP and shows the public IP under public IP. The documentation says this is correct and a meshed AP should show none under LAN IP.   I raised a support ticket and was advised the issue was that I was using public IP addressing for this AP and to use a private IP. That didn't really address the issue as from what I can tell everything is configured as it should be. I've not tried statically assigning that AP an IP address as the document states LAN IP should be none for a meshed setup. This isn't a big issue as the AP's are working as expected but would be good to understand why it is happening and how to stop this warning appearing.   Thanks   ... View more
Kudos from
View All
Kudos given to
View All
My Top Kudoed Posts
View All