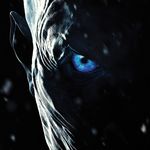 View All
Latest Contributions by Mayur_Gadhvi

Re: Cannot RDP to WIndows 10 machines over client VPN

Mayur_Gadhvi in Security / SD-WAN
As you said, you are also not able to ping to window-10  client, you first need to narrow down the issue, start by taking the packet capture on client VPN and lan interface on MX and see how ICMP traffic looks like, if the firewall is passing the traffic then the troubleshooting should be focused on lan side.   Start checking from windows firewall and the services, and you should be able to resolve it and if the issue is with the tunnel building with MX 84 from windows 10, then please refer below document,    https://documentation.meraki.com/MX/Client_VPN/Client_VPN_Overview     ... View more

Re: How can i enable vpn subnet translation feature on Meraki MX64?

Mayur_Gadhvi in Security / SD-WAN
3 Kudos
3 Kudos
VPN subnet translation feature is ideal for deployments where the same subnet is used in multiple locations and each of those subnets needs to have access to the site-to-site VPN.  This feature is not limited to any Model but it is just not available on the dashboard by default, to enable this feature, you need to open the case with Meraki support to enable this feature for your organization.       ... View more

Re: Firmware upgrades no longer scheduling

Re: Heartbeat in Meraki warm spare MX 84 Not Cleared

Mayur_Gadhvi in Security / SD-WAN
1 Kudo
1 Kudo
In Meraki, warm spare between two MX is a little bit different than mentioned vendors, In Meraki warm spare configuration, the Spare MX syncs the configuration from the primary MX only, you do not need to configure the spare MX separately, it just sync the configuration from the Primary MX only, so according to your scenario you just need to go to primary MX > Addressing and Vlan and configure the vlan there only (i.e. subnet eg.1.1.10/24 and a vlan IP is given eg.1.1.1.1) .   Now for the heartbeat, either you can connect two MX directly on the lan with the ethernet cable or can be done using the switch in between as well, the only requirement is that VRRP packets should be reachable on both side otherwise you can run into the dual master scenario (where both the Primary and Spare MX report in Dashboard as being Active (master). This can be observed in Dashboard under Security & SD-WAN > Monitor > Appliance status and comparing the current state of each appliance. This will occur if the Primary MX is online and sending heartbeats that aren't seen by the Spare, resulting in the Spare thinking that the Primary is down. If both the Primary and Spare are in the master state, this will cause various issues with the network, affecting DHCP, routing, VPN, etc.) .   Following is the recommended design when you connect two MX using layer 2 switches in fully redundant mode.         ... View more

Mayur_Gadhvi in Security / SD-WAN
1 Kudo
1 Kudo
I don't think I am able to answer the first question because, I think we have not established a problem yet and want some more detailed information to start with but yes for the frequency of the splash page, you can always go to wireless> splash page > Splash Frequency (By default it is one day) and adjust the value.       There is a setting under the access control called Simultaneous logins, you should try adjusting that value as well.       ... View more

Mayur_Gadhvi in Security / SD-WAN
2 Kudos
2 Kudos
At this time, the MX does not support mapping group policies via Active Directory for users connecting through the Client VPN. (Reference: https://documentation.meraki.com/zMeraki_Internal/Draft_Articles/DRAFT%3A_Client_VPN_Overview_-_UPDATE) so either we can achieve this by applying the group policy per client or we can make the Firwall rules accordingly to restrict the access between different vlan.     ... View more

Mayur_Gadhvi in Security / SD-WAN
1 Kudo
1 Kudo
As soon as your MX is connected to Meraki cloud and has reachability to the peer it should be working but building an IPsec tunnel on cellular is never considered as a best practice, the best approach should be using the Wan interface.     ... View more