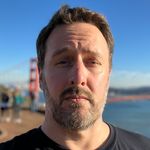 View All
Latest Contributions by UARiT

Re: dark mode for dashboard?

by UARiT in Dashboard & Administration
1 Kudo
1 Kudo
There is absolutely a Dark Theme under the Branding Tab on the MSP accounts.      It's not that great for the old Dashboard either, but it's a thing. However...    It no longer works with the Fisher Price dashboard reboot, which BTW removes a LOT of functionality.      ... View more

by UARiT in Questions (and Answers!)
1 Kudo
1 Kudo
In my 13 years of Meraki experience No.  You will Not be left out in the cold even when the gear is EOL or EOS.  I just setup a couple OD2 circa 2012/13? On a legacy Meraki Dashboard and it DLD the updates and rebooted a couple of times and now we got a crappy G mesh a-la Meraki pre-Cisco...   I can tell you that the GX20 gateway is your weak point. 250 Mbps of throughput is Garbage. That's the only reason not to use Go. This will almost certainly be refreshed to support at minimum 500 if not a proper GB WAN. At that point, I will reduce the UBNT garbage in my realm back to the hobbyists and nerds where it belongs.  Also $500 is a pitifully small amount of money to spend on a decent home or SMB network. You got your moneys worth already.  Stick with Meraki.  ... View more

by UARiT in Off the Stack
1 Kudo
1 Kudo
Absolutely yes.  I pester my people about this constantly. Yeti mugs... I know there's more.  I want all of the stuff shown in the photos and some different Hats too. Please.  I will actually pay for it to give it to clients and wear it to meet with them.  Its astounding that this is not already a thing.     Thank you for bringing it up Blake.        ... View more

Re: MX for Gigabit Internet

by UARiT in Off the Stack
Meraki did nothing to further development of the MC. They pretty much dumped it in the lap of intelepeer and ignored it. It had potential but it should not have been a "complete" solution but a managed device like a switch or an AP. If it was merely managed through a dashboard with the backend available for configuration with any SIP provider it would have been a really innovative, competitive product but it was essentially ruined by the whole "Meraki will be your SIP provider" thing.   Simply put it was ill-conceived and never developed. The hardware was beautiful and it had amazing potential. Imagine something like the Grandstream IPBX software with those phones, managed from the Meraki dashboard.  So much potential. I really liked those phones.... when they worked.   Then they just dumped it and didn't let the already licensed customers just run out their licenses... What a nightmare for the MSPs... They got slaughtered.  ... View more

by UARiT in Off the Stack
No. Rainbows are pretty.  ... View more
Kudos from
View All
Kudos given to
View All
My Accepted Solutions
View All
My Top Kudoed Posts
View All