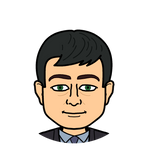 View All
Latest Contributions by Zeus

by Zeus in Switching
1 Kudo
1 Kudo
Thank you everyone. I have plenty of time to go through the steps mentioned. I appreciate all of the feedback from each of you and will be looking into those steps and getting them applied. Thanks again to all of you.   ... View more

by Zeus in Switching
Hoping someone can clear this up for me. Currently in a school district environment, coming onboard just over a year ago finding myself taking on meraki equipment for the first time, the district has a meraki infrastructure with the exception of a few HP switches. A couple of them stacked are used as the VLAN switch (primary & failover) in which all the vlans were built on. We recently bought some MS350's (one for each school building - top of the stack). Management has just informed us that he would like to get rid of the HP switches and rebuild those same VLANs on a Meraki switch and was told we can do this on the MS350. Ok, no problem. I've still got until summer before we do this when school is out.   However, I thought I'd keep one not in use at the moment and play around with it in preparation for summer deployment. I, for the life of me, cannot find any options to build create VLAN's. I'm not talking VLAN tagging as you do with the AP's and switches. I mean building/creating the VLAN's on the MS350 switch and assigning the IP's and subnets to them as I would with other vendor switches. Creating the ID's / Naming them and configuring the IP's / Subnets for them. Our VLAN's already exist on the HP switches and those ranges are already scoped / allocated on our DHCP server. So I will now need to build those same VLAN's on a Meraki MS350 switch and dedicate it as our VLAN switch for the district and get rid of the HP's.   And if it helps, we do not use an MX in the district. That was something decided long before I came on board. The district uses company two hours away to provide us service, that provide has a firewall already and they put a filter here on site within the district. My understanding was they tried to use an MX before years ago but it caused all kinds of problems between the service provider and having a filter onsite. I wasn't here at the time so not really sure what happened at that point.    So my question is: Can I build VLAN's on the meraki switch, or, can this only be done on the MX's? I did see that can be done on the MX. I just can't find anything for the switches themselves. Thank for any help/feedback provided. ... View more
Kudos from
View All
Kudos given to
View All
My Top Kudoed Posts
View All