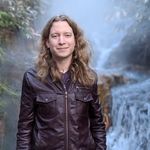 View All
Latest Contributions by AlexS

Re: Meraki Dashboard down?

AlexS in Dashboard & Administration
2 Kudos
2 Kudos
Meraki has completed maintenance to restore dashboard services. All dashboard functions are working normally. Thank you for your patience, the team is reviewing options for communicating service changes in the future. ... View more

Re: Meraki Dashboard down?

AlexS in Dashboard & Administration
1 Kudo
1 Kudo
Meraki is aware of and actively working to correct the service degradation seen in our dashboard. During this period our engineers have been performing critical maintenance and some services related to account and organisation administration were unavailable. Meraki networking devices have been functional and configurable throughout this whole period. At this time our services are nearly fully restored and we will provide another update when this is complete. ... View more

Re: Meraki Cloud Unreachable - Across ALL Networks?

AlexS in Dashboard & Administration
5 Kudos
5 Kudos
Hello,   A number of our customers hosted in the North American region experienced a short outage tonight when an error in a maintenance process brought down a set of redundant networking devices in one of our datacentres. We appreciate the feedback about a web portal and will take this into consideration. We are also working to close the gap that allowed this outage to occur in the first place. ... View more

AlexS in Dashboard & Administration
5 Kudos
5 Kudos
After an internal investigation, Cisco Meraki has found the source of the problem which caused an outage of the Meraki dashboard between 9pm and 10:30pm PDT on 8/12. We found that errors in the integration process for dashboard resulted in frontend code being deployed which was no longer compatible with the dashboard application and backend. This issue was resolved and the processes that allowed this issue are currently being improved to prevent problems like this in the future. ... View more

AlexS in Dashboard & Administration
1 Kudo
1 Kudo
The Meraki cloud engineering and PM team are still investigating this issue. We believe this is resolved now but are still digging into the root cause. I will update this thread later when we have more information. ... View more

AlexS in Security / SD-WAN
If you are seeing this loss on client devices as well then I would agree with @MST and you should give us a call. ... View more

AlexS in Security / SD-WAN
If my theory is correct, rebooting the router resets the ICMP flow so the upstream device resets its priority. You do not have to reboot the router as there is probably no actual loss experienced by clients in times when you see it in the graph. When next you do see that 1% consistent loss, try a test from a client device behind the MX, like a PingPlotter test. You should see different results as this would be a different ICMP flow. ... View more

AlexS in Security / SD-WAN
Please understand that the loss graph you are referring to isn't monitoring ALL packet loss, it is referencing packet loss to the IP address designated (8.8.8.8 by default) via ICMP test packets we send to the designated IPs. ... View more

AlexS in Security / SD-WAN
If that uplink monitor is to the internal interface of your upstream device and you're seeing packet loss then the issue can be tracked via packet capture. Generally, when you see loss on that graph it's because the MX isn't seeing those packets come back. Running a pcap on the MX would show that this is the case.  If it's not the case then that's something we'd like to look into on our side.   If you do find that a pcap shows the missing packets like you're seeing in that graph, figuring out if the issue is with the MX or the upstream device would mean running a pcap between the devices. I keep a hub on hand to put between devices while my laptop is in another port so I can run a promiscuous pcap in wireshark. If you see the packets not coming back from the upstream device, their lies the issue. If you see all the packets in this in-between capture but a simultaneous capture on the MX doesn't show them then, again, we'll want to look into this in Meraki Support. Please keep in mind that adding a hub to the mix would reset connections and you might not see loss anymore for a period of time.   From my experience, the reason you start seeing loss after a period of time that can be fixed by a reboot is because of traffic prioritization on the upstream device. When you setup a monitor like that or use the default one to 8.8.8.8, the MX sends a constant stream of ICMP to the IP address. Some devices will see this traffic as unnecessary and after a time will de-prioritize it or just drop it entirely.   During periods where you see steady 1% loss to the upstream device, do you see the same loss in the 8.8.8.8 graph? ... View more

AlexS in Community Tips & Tricks
2 Kudos
2 Kudos
Hello all, I'm Alex and I work in Meraki Support in San Francisco. I believe I'm the first Support person in here but I shall not be the last. We're all looking forward to meeting the community here and helping out with some of your tougher issues.   I'm sure I'll be posting here with many of you soon! ... View more
Kudos from
View All
Kudos given to
View All
My Accepted Solutions
View All
My Top Kudoed Posts
View All