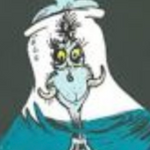 View All
Latest Contributions by MattWhite

Re: Photo Contest: Be featured in the Cisco Meraki Quarterly!

MattWhite in Community Announcements
12 Kudos
12 Kudos
WFH is nothing new for me, been doing it for ~15 years now.   Welcome to the Home Office/Panic Room/Undisclosed Location behind a secret bookshelf I can open with Siri!  Soundproof inside... and out.  Which is nice, because all the gear is in the next room over.     ... View more

Re: Is it possible or advisable to use an MX250 as a Core Switch?

MattWhite in Security / SD-WAN
5 Kudos
5 Kudos
Short answer: It will work.   Long answer: You can have spanning-tree resiliency, but it’s controlled from something that runs an instance of STP; another switch would have to recognize a loop and block on non-root ports. This works, but based on your design considerations, it’s probably not for you.   If someone handed me your gear and told me to make the best network possible, I’d probably borrow a page from a routed-access playbook and use multiple uplinks in different /30 networks in each stack with the default next-hop a unique transit VLAN on the MX. You didn’t say which types of switches you have, and not all will handle this gracefully however.  Another limitation of this design is you’ll lose any L2 adjacency functions between each logical switch (think Bonjour) but if you are only concerned with internet access, you likely don’t care.   You will also be performing traffic inspection with routed traffic through the MX; AMP and IPS are not limited to the WAN ports.   There’s nothing inherently wrong with a collapsed-core, or other alternative-style campus design... I’ve just learned that the practice of segregating fault domains and isolating areas of complexity from other areas of complexity often produces the best result.    Ultimately folks end up paying the same over the course of time. It’s been my experience (both customer and vendor) that you can either put that money into best-practice architecture up front, or pay gradually over the course of that same time period, often at 2am figuring out some weird issue that could not be foreseen. The former delivers the best user experience, though the latter is where I learned some really good lessons.  I’ll leave it to you to decide which is more important for your organization.   Matt White CCIEx7 #14533 | CCDE 2012::15 Cisco Meraki Safer Schools Technical Lead     ... View more
Kudos from
View All
Kudos given to
View All
My Accepted Solutions
View All
My Top Kudoed Posts
View All