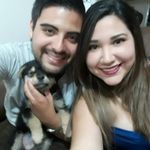 View All
Latest Contributions by Jos_HS

by Jos_HS in Community Announcements
Before starting with the concept of a VLAN, let's go a little further back, what is a LAN?   Well a LAN, is a network where we can share resources (files, printers, removable devices, etc) in a small space defined  how its name says it : Local Area Network, a n example of a LAN are all the desktops, laptops, printers, etc that are in the accounting department of a company, all will have access to resources that they share among them without having to leave their own network.   Now a VLAN, as its acronym says it is a Virtual Local Area Network, this means that it is a LAN that physically does not exist as such because it is a logical division of a physical device.   To understand this concept I leave this example:   We have a big room (physical switch) about 24 meters long and 24 meters wide (1 square meter = 1 port) will be occupied by one or more people (person = vlan), which means that each person will have their own space in the room of a size that will be defined by the boss (network administrator), each employee will have their personal space and will have divisions to isolate it from the rest, in spite of being part of the initial room, nobody will be able to use their workspace. The same happens when a vlan is created in a switch, even though everything is in a physical device, each vlan will have its own configuration, number of ports assigned and it will be isolated from the rest, so even if there are 5 people from different departments working In the same room, those 5 people will not be able to see or know anything about the other people in the room.   What benefits does it bring? Well I leave 2 of the benefits that personally seem more important:   As I mentioned before, it will give us more security because the devices that do not belong and do not have permits will not be able to see what is in other VLANs and also following the example of the room, in case some criminal (unauthorized person) enters the room, lounge can only see what is in the space that managed to enter and not what is in the other spaces, this also helps to have more confidentiality.   Another benefit is that the resource and network load is reduced (latency is reduced, CPU, memory, etc) because only what is to be output from the VLAN and not all traffic that is generated is processed.   I hope everything has been understood!!  ... View more

by Jos_HS in Developers & APIs
2 Kudos
2 Kudos
Thank you very much to all for the information and the tips sent, analyzing in depth I chose to place in the option of Block/white URL's of the policy: APPEND. With this when the client requests a massive change I use an API that adds the URL (block / white) in the general content filtering and with this applies to the group policy that has been created in each Meraki. Of course in this time I have to enter one by one on each device to add the config however for the future it will no longer be necessary. ... View more

by Jos_HS in Developers & APIs
I'm going to create a demo to carry out tests, so it's simpler and I do not have the pressure to leave something offline ... View more

by Jos_HS in Developers & APIs
I'm going to create a demo to carry out tests, so it's simpler and I do not have the pressure to leave something offline ... View more

by Jos_HS in Developers & APIs
yes it's a little tedious to go one by one ... View more

by Jos_HS in Developers & APIs
Hi,   I' m an administrator of a medium/big network in meraki, I have around 500 devices MX series and I want to know the easiest way to make changes to web filtering in a group policy that all devices have in common without having to enter one by one to make the change since it takes a long time, is there any way to do it massively? The templates do not work for me because each device has a different network address, they are /24, I was reviewing the APIs but I cannot find a way to modify a group policy. Thanks for the help you can give me, regards! ... View more
Labels:
Kudos from
View All
Kudos given to
View All
My Accepted Solutions
View All
My Top Kudoed Posts
View All