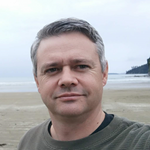 View All
Latest Contributions by PhilipDAth

Re: MX SD wan and Maximum number of branch support?

PhilipDAth in Security / SD-WAN
2 Kudos
2 Kudos
This is the MX sizing guide: https://meraki.cisco.com/lib/pdf/meraki_whitepaper_mx_sizing_guide.pdf    The MX84 will be fine for your head office.   I tend to use either MX67 or MX68 for small sites. The advantage of the MX68 is it has a 10 port LAN switch built-in (and two of those ports are PoE).  So if your site has fewer than 10 devices to plug in you don't need a separate switch. ... View more

PhilipDAth in Developers & APIs
What is the maximum length of an orgId?  I'm currently allowing for 16 characters. ... View more

Re: Are network IDs globally unique?

PhilipDAth in Developers & APIs
What is the maximum length of a networkId string?  I've currently defined it as a varchar(16) ... ... View more

Downloads of each developer kit?

PhilipDAth in Developers & APIs
I always have a dilemma when choosing between Python and node.js.   I kinda look at Python as something you use when you just want to "hack something out" and you don't care about the performance very much.  I tend to use it more for batch style operations, or things that you want to do in a clearly defined set of steps in a specific order (e,g. provisioning a new network).  In a simple step by step world, Python is easy to work with. Indeed, node.js often requires additional effort to make things happen in a specific order.   I like using node.js either for server-side processing (such as providing an API), or when you have a lot of jobs you can do in parallel that are IO bound, and you don't care about the order they are done in (such as doing a task on every single network).   The async support in Python has thrown a bit of a spanner in the works for my thinking.  It gives Python similar capabilities to node.js.  And Meraki gives far more attention and support to Python.  The Python SDK seems to get a lot more love. Indeed, I think all POST API requests are still broken in the node.js library (I reported that quite some time ago along with the fix ...) forcing the use of the mega proxy.  The node.js SDK is using the requests library, which is no longer in active development and which people are being encouraged to no longer use.  So the node.js SDK is a poor cousin with little to no active development.     Out of curiosity, could someone post the download numbers (for say the last month) for each of the SDKs?  It would be interesting to see what the percentage split is between them.  For example, is the Python SDK making up 90% of the downloads? ... View more
Labels:

Re: RADIUS server for VPN question?

PhilipDAth in Security / SD-WAN
The Meraki MX250 and MX450 both have 10Gbe interfaces - but they are not for home use.  They are designed for data centres.   > But sometimes they get an error ( 756  This connection is already being dialed. ) when they try to connect again.   That's a Microsoft issue that one.  Nothing Meraki can do about it. ... View more

Re: Unable ping from different VLAN

PhilipDAth in Security / SD-WAN
Have you disabled Windows Firewall?  It blocks ping by default.   Can you ping the MX LAN IP in the remote VLAN you are trying to access?  If you can, then the routing is correct on at least the source machine. ... View more

PhilipDAth in Off the Stack
1 Kudo
1 Kudo
Also I think you should incorporate some of the info from this post into the Multicast page.  It is really really good. https://community.meraki.com/t5/Switching/Multicast-Basic-s/m-p/25867/highlight/true#M2125  ... View more

PhilipDAth in Off the Stack
1 Kudo
1 Kudo
It's been a while since I had to do a serious multicast project, but my recollection is the RP should go on the L3 switch nearest the source of the multicast streams - and not the core switch (it could be the core switch if the major sources directly plug in there).   This becomes more crucial when there are multiple paths in the network.  You typically want the shortest path from the origin to the client.  PIM builds the shortest path from the RP.  So if the RP is not right next to the source you can get all sorts of non-optimal multicast routing happening. ... View more

PhilipDAth in Off the Stack
For the health care camera case: " The MV12W, with its fixed wide lens, is typically sufficient for providing an overall view of a typical patient room (15 x 15 feet). The MV12N may be considered when the desired field of view is smaller (for example, a hallway or a narrower room)."   I'll give a different viewpoint.  I tend to tell clients to use the wide-view MV12 when installing on a wall (so there is a potential 180-degree view), and the narrow view MV12 when installing in a corner (where there is a potential 90 degree view). Not much point using the wide view MV12 in a corner ... ... View more

PhilipDAth in Security / SD-WAN
Add a preference for VoIP traffic (class is built-in) to use your 100/100 circuit. ... View more

Re: Are network IDs globally unique?

PhilipDAth in Developers & APIs
That is going to save me a heap of API calls.   Hopefully you can add mac addreess as being globally unique as well...  ... View more

PhilipDAth in Security / SD-WAN
Give it a try your own tennancy... About a 10 minute test to see if it will work.  ... View more

PhilipDAth in Wireless LAN
I see arp requests coming in from lots of different IP addresses, and not just the MX. ... View more

Re: Comcast Cellular Failover and MX

PhilipDAth in Security / SD-WAN
2 Kudos
2 Kudos
> Will Meraki support this setup where there are no primary connections in WAN1 & WAN2?   Yes.   If you are really worried, then use an MG21 and an MX67 (instead of an MX67C).  This also gives you the flexibility to put the MG21 at a place with good cellular reception rather than where the MX67 is located. https://meraki.cisco.com/products/cellular/mg21 ... View more

Re: Comcast Cellular Failover and MX

PhilipDAth in Security / SD-WAN
1 Kudo
1 Kudo
> We have an offering on the table for MX67C using LTE as a Primary for SD-WAN with no WAN links - I note that the datasheet supports LTE as a failover only. The FAQ also says this is not to be used for SD-WAN.   Before you can use the LTE as a primary you have to plug it into a fixed-line connection to allow a firmware upgrade.  Despite what the documentation says, you can use it only with LTE after that.  It will form AutoVPN connections without issue. ... View more

Re: vMX100 in Azure - Change Dynamic to Static public IP

PhilipDAth in Security / SD-WAN
Note that you can't stop the VMX in Azure - because the resource group does not give you permission to do this.  The IP address can only change during a start/stop, consequently the IP address can't change. ... View more

PhilipDAth in Developers & APIs
Are network IDs globally unique, or only guaranteed to be unique to an organisation? ... View more
Labels:

PhilipDAth in Security / SD-WAN
1 Kudo
1 Kudo
The MX64W is tremendously faster.  The MX60 series can barely cope with a lot of the modern features (such as IPS and AMP) and maintain a decent throughput anymore. ... View more

Re: Learn more about your community peers in our Member Spotlight!

PhilipDAth in Community Announcements
3 Kudos
3 Kudos
We are of a similar vintage.  I'm not sure much of the audience will know who Data General and Sun are any more.  How the once mighty have fallen. ... View more

Re: VPN S2S Meraki vs Four-Faith

PhilipDAth in Security / SD-WAN
I should also point out (since you are operating in a public sector) that the MX67C option will also automatically apply security and firmware updates.  Plus you will also gain security monitoring.   I don't know how you are planning on handling the security aspect of the Faith boxes.  I imagine it is going to be hard.  Someone would probably have to regularly log in and apply any security updates.  This would be a huge number of man hours.     Whatever you do, please don't deploy a camera system in the public sector without having answers to how the security of the system is going to be maintained.  Otherwise, it will come back to bite you. ... View more

Re: VPN S2S Meraki vs Four-Faith

PhilipDAth in Security / SD-WAN
You are in for quite a bit of work on this one!   First let's discuss the hardware of doing this using your existing equipment.   First, all your LTE connections will need a static IP address.  Compulsory.   No one (especially a public service) should use DES or 3DES or MD5 anymore.  Make sure you use AES128 as a minimum.  Unfortunately for Meraki we can only use SHA-1, so select that option.   You'll need to allocate each one of these devices a unique subnet, and that is your local subnet.  The "peer" subnet is the subnet behind the MX that you want to talk to. Local and Peer Id's should not be needed.   Untick the PFS option.   You can make the life times 8 hours.   And generate a random key for each site.     On the Meraki side you should have an entry for each one of your devices (each device is a separate VPN).       Now let's talk about the easy (and far more reliable) way.   Get rid of the Four-Faith boxes.  They are going to make your life hard.  Instead, get a Meraki MX67C. https://meraki.cisco.com/products/appliances/mx67c This box can be powered from a 12VDC supply.  Note that there is not an "official" Meraki guide on this, but this specific model (and the MX64) use a power supply with a 12VDC output.  You'll need to arrange someone to wire up a 12VDC power line with the same plug on it (but you are going to need someone to plumb in a 12VDC line anyway). Consequently, these units are also popular in marine applications. If your "sites" are going to have mains power then I guess this is all a non-issue.   With the Fourth-Faith boxes you are going to have to manually configure every single one of them.  And when they die, you are going to have to re-configure them. With the MX67C you will create a template once. https://documentation.meraki.com/Architectures_and_Best_Practices/Cisco_Meraki_Best_Practice_Design/Best_Practice_Design_-_MX_Security_and_SD-WAN/MX_Templates_Best_Practices And then you won't have to do anything more complicated than assign and plug them in.  The saving in man-hours will be huge.   Plus you gain the capability to monitor all of the remote sites, including their 4G signal.  You won't be sending people out to figure out what is wrong when a unit has gone down.  You'll be able to do this remotely.  The ongoing man hours required to manage the solution will be much less. ... View more

PhilipDAth in Security / SD-WAN
I don't know the answer, but would like to know for sure!   I think the answer is likely to be no.  The permissions on the VMX appliance in Azure are really screwed down.  You can't even stop or reboot the appliance! The chance that you would have permissions to read its storage to replicate then seems highly unlikely. ... View more

Re: Configuring client Alerts when network is bound to a template

PhilipDAth in Security / SD-WAN
That's an interesting observation that just that alert is missing from templates.  I'm guessing it has something to do with applying an alert to all sites for something that mostly happens at a single site.   I'm not aware of any other way of setting up a client alert when using a template. ... View more
Kudos from
View All
Kudos given to
View All
My Accepted Solutions
View All
My Top Kudoed Posts
View All