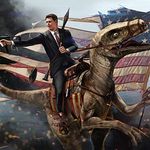 by MMoss in Security / SD-WAN
1 Kudo
1 Kudo
Not all modems are supported, but under uplink in the MX Security & SD WAN Appliance Settings there should be an option under WAN 1 and WAN 2 if you have it to enable Cellular. In my experience I've sometimes had to reboot the MX to get it to take changes to it's WAN settings so you may need to do that in order to get it to recognize. I've not used the USB stick to be honest. ... View more

by MMoss in Security / SD-WAN
I find myself being rather ignorant about First Net, I started to look into it, but figured it would be quicker to ask someone to enlighten me as to why this is an issue. Outside of alerts on the public band what data would I need to access upon it in a fail over situation? ... View more

by MMoss in Wireless LAN
@vassallon I do not believe that to be the issue. It was only an issue with the iPhones they reported to me. Android phones, laptops, and even tablets seem to be unaffected. This is why I suspected it would be tied to the iOS firmware that was pushed a month ago. They did another push for the iPhone 8 plus, but that wasn't the version they were showing on the phones. More so the logs did not show Meraki initiating the disconnection the best I can tell. It only listed connection and disconnect, nothing leaving me to believe it was the actual Wi-Fi.   Meraki asked I use a mac book and do a pcap on site, but I don't have time to drive 2 hours for a guest as-is network even if they are staff. On top of that the company has no Macbooks unless you could the I.T. Directors personal Macbook Pro. Hopefully it'll stay working, because I don't have anything that way for over a month. ... View more

by MMoss in Wireless LAN
@vassallon    The Guest Wi-Fi is open with the exception of a click through screen resetting every 24 hrs. They tell me late yesterday and today it's been good after 10 days of being kicked for sitting idle. This location has no cell reception so they were gathering pitchforks and torches to come pay me a visit until it it suddenly started working.  ... View more

by MMoss in Wireless LAN
I have a facility where the iOS users are being kicked off the guest network when their phone is idle for to long. The models I know of are the iPhone 8 and iPhone X, both are running iOS 12.3.1 which released about a month ago. The issue has been going on for about 10 days. Guest has a click through splash screen, and that doesn't show revoked. The logs just show the phone connect and later disconnect without any other logs. They say the devices work on other Wi-Fi networks just fine.         I have 20 so faculties, and this is the only one experiencing the problems. We use MR33's with a MR220 and MX60 at half of these location in the same config. All Firmware is up to date, and I power cycled the AP's just in case. When I went to do a packet capture it would start off OK, but fail before it was complete. Normally it would say network error, I'm assuming this was because the phone dropped on, but I never got a log to view.        Has anyone has something similar happen to them?  ... View more

by MMoss in Community Announcements
2 Kudos
2 Kudos
I have a new avatar!, it's also making me correct highlighted error's that don't exist! ... View more

by MMoss in Switching
Factory reset it, that fixed the problem on the one we had that took a surge from a lightning strike several years back. Rebooting it didn't do the trick for us, so maybe that'll solve the issue. Don't forget that ports do go bad from time to time either. I wouldn't beat my head against the wall once you get through the common issues before calling Meraki.   To test I'd take the cable out of 16 and move it to 14 which is empty and see what you get. If it's the same I'd take something and put it on the other end of the cable to see if it's the device on the other end. I've never tried disabling the port and leaving PoE on, but make sure it's enabled in the switch in case PoE works even when the port is disabled. ... View more

by MMoss in Switching
4 Kudos
4 Kudos
That port is supplying power, but not data. I see this when we have bad pairs or a defective port on the connected device from time to time with some of our older equipment when it goes bad. It may be an error and you can try cycling the port or running a line test to check the cable. I've had one switch take a power surge and the ports were not reading correctly. I did a factory reset and let it download the config again and it was back to it's old self. ... View more

by MMoss in Community Announcements
Think of each VLAN as a separate physical network, each network is separated unless you make a connection between those networks with a cable. That is the basics of a VLAN, instead of separate physical networks each one is divided logically from one another in the same physical network. As long as you don't tie them together on the MX then they will never see one another. If you want them to have access to other VLAN's you can think of it as taking another cable and running it to the other network and gaining access to the resources made available via that connection. This would be done using various rules customized in the MX restricting or allowing varying amounts of access and restrictions. ... View more

by MMoss in Community Announcements
As much as I hate to say it, a lot of the benefits will not apply to my current workplace. We don't service many people and even if we did the traffic exits to the internet meaning the AP's will carry far more than our data pipe. I'm hoping the new 2.4Ghz will help clean up the spectrum and limit interference and saturation as that's something I currently see. 802.11ax Opportunistic Wireless Encryption does seem promising though. ... View more

Re: Power and Cat6 cabling question

by MMoss in Security / SD-WAN
It's an upcoming remodel, they were talking about digging a trench for the Emergency Generators power cables and running the telecom through a separate pipe, but next to one another. I don't know the specs on the generator, but it's a commercial size for a 3 story building. ... View more

by MMoss in Security / SD-WAN
When running 120v and Cat6 how much space should you place between them? I've seen somewhere it should be the distance of the studs in a standard stick build house.    What about higher voltage lines would be a good minimum distance, for example an emergency generator designed for a medium sized multi story business.  ... View more

by MMoss in Wireless LAN
It's been awhile, but I set it up with rules under NPS and used RADIUS authentication to place it into the correct VLAN. If you'd like a more detailed description I'll have to look at my notes when I get into the office tomorrow. I had several different diagrams I had mapped out with a walled garden even. I cant recall which one I went with in the end though. ... View more

by MMoss in Wireless LAN
1 Kudo
1 Kudo
What is the channel width set to? 20, 40, 80? The channels may be excluded, but if the width is set to high it might overlap. I've not worked with this setting because I have no radar in the area. I'm making the assumption that even if the channel is excluded you might still have some of the overlap. ... View more

by MMoss in Developers & APIs
Maybe I described it poorly. You were able to download the firmware directly to your PC. Being opensource code you could download it, open it, look through the various items, etc, etc. It wasn't the release notes or on the Firmware updates page. ... View more

by MMoss in Developers & APIs
I used to have a web link to a list of individual Meraki firmware and revisions in a web page directory. I haven't been able to find where I saved it so does anyone else have this? I don't recall if it was a Meraki site, I believe it was though. ... View more
Labels:

by MMoss in Security / SD-WAN
Is the mismatch on the MX or could it be on the Switch and AP's themselves? If they have static IP's you would have added a DNS entry as well. Just a thought on the matter. ... View more

by MMoss in Wireless LAN
Makes sense, hopefully they will be able to find the problem fairly quick ... View more

by MMoss in Wireless LAN
I recall reading something like this and it was due to the lease being set to 1 hr and the devices not having it renewed. They changed it to 24 hours and I believe they said that corrected the issue. I'm not fully confident on my memory of the issue, but it's something that can be checked quickly on your side. ... View more

by MMoss in Wireless LAN
Have you factory reset them?   Do you have Air Marshall enabled?  ... View more

by MMoss in Wireless LAN
@Asavoy    I'l still check it out, rarely does one bug seem to limit itself to one set of hardware. ... View more

by MMoss in Wireless LAN
@Asavoy    That's pretty interesting. We ran into a similar issue even on the version 26 beta. I'll look into it more when I get in tomorrow. Do you have a link to the notes you were looking over or know which set of patch notes it was in? ... View more

by MMoss in Wireless LAN
Are they all MR18's you are having problems with? What Firmware are you using? I put the Beta Version 26.XX to try and fix a different issue on my MR 32's and caused a similar problem. Did something to the DHCP and it wasn't renewing the leases I believe. I just rolled it back, no troubleshooting ... View more

Re: How many clients can a MR33 handle

by MMoss in Wireless LAN
@cta102    That's cool. I'll be doing more testing with Meraki this evening with the Beta. It's for a different issue but I have a feeling this firmware will cause issues like it did last time and will overshadow and ruin the test. On the bright side they will be able to make the correction in the firmware with first hand captures on the consumer side so maybe it'll be corrected quicker. I'm always happy to help beta test personally as long as it doesn't get in the way of taking care of the people I'm responsible for 🙂 ... View more
Kudos from
View All
Kudos given to
View All
My Accepted Solutions
View All
My Top Kudoed Posts
View All