Hello to the Crew - I have a Cisco 2901 router that is experiencing a very high number of Unknown Protocol Drops on the interface that is connected to a Meraki MS-250 switch. The connection between the two devices is a trunk running at 1 Gbps, full duplex, native VLAN is 1 on both sides. The interface on the 2901 is a sub-interface of Gig 0/0, and acts as the default gateway for the network before passing traffic out over the VPLS circuit to another 2901 on the far end.

In addition to the Unknown Protocol Drops, we are seeing a high amount of lag, and I have a hunch that the two are connected, but I have not been able to nail-down the cause yet.

Has anyone else seen this issue specifically or a related issue when a Meraki switch is connected to a traditional IOS router? I would think the two would play together just fine, but maybe I am wrong.

Try enable cdp on the 2901 interface and reset the counter

Hey @ww - I issued the CDP Run command and cleared the counters, but the unknown protocol drops are still occurring. What a bizarre issue.

Here are the counters before the clear command was issued: 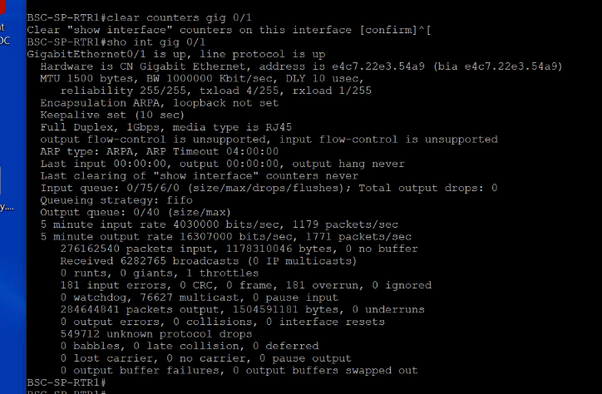 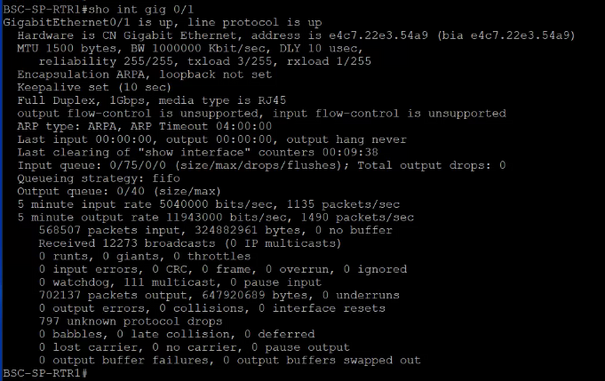 I don’t know for sure, but since you’re connecting to a Layer 3 interface on the Cisco 2901, maybe it’s a Layer 2 protocol that the router doesn’t run. I’m thinking maybe it’s STP BPDUs that the switch is sending, maybe try disabling spanning-tree (RSTP) for the switch port connecting to the router. The MS will also be sending LLDP frames too, which the Cisco 2901 may not ‘understand’, so that could be your issue too, but I don’t believe you can turn them off.

Just an update - I have updated the IOS on the 2901 to 15.7(3)M6, enabled LLDP, enabled CDP, and on the connected Meraki switch port I have disabled STP.

Somehow, some way, the Merakis are putting out traffic that the 2901 doesn't recognize. I have been traveling other sites too much to get a sniffer on the network to try and isolate which traffic is being dropped, if that's even possible.

I don't believe this is impacting performance, per se, because users are not fussing about anything,but processing the drops would have some impact on CPU cycles, I would think. It's just more of an annoyance because I can't figure-out what's causing the drops.