I just ran into a POV demo at Fastenal; The Cameras and dashboard look to be a complete copy of Meraki Cameras AND Dashboard.

Also they are so bold that they put a use case study up as well. Network team just found out about it as well.

Looks like a copy to me what do you guys think?

I just started seeing a number of ads for them in various places, wanted to check them out to see what they are offering. They must have just kicked off a marketing campaign.

Also recruiting Meraki employees in SF apparently. Thanks for sharing.

That would because the original founders of Meraki started Verkada.  Also the original engineer of Meraki's camera is over there also.

*One of the three founders

This is news to me, considering the 'original' engineers sit right next to me. I guess I better check tomorrow morning to make sure they are still there, they were there a few hours ago 🙂

@GeorgeB Maybe just there in spirit 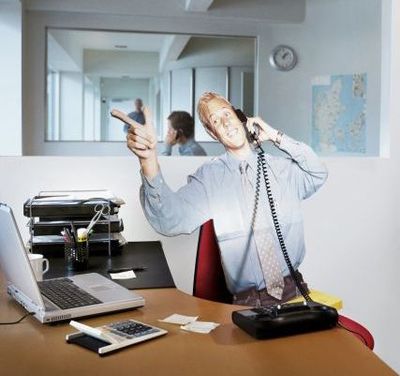 Did you find them? 🙂

We are evaluating Meraki cameras now, together with Verkada and Rhombus. I believe these are the 3 players in the cloud-based surveillance space. All 3 very similar on the surface.

My other option is a traditional NVR based system. I'm leaning towards cloud-based. Concerned about price and annual fees, but not there yet in the eval. Right now focusing on the hardware and software. I have all 3 brands active on trial at the moment.

One of our Meraki reps went there about a year before they launched their web site. From the hype, I expected a lot more than copies of Meraki cameras. I still do not see much improvement since.

One of our Meraki reps went there about a year before they launched their web site. From the hype, I expected a lot more than copies of Meraki cameras. I still do not see much improvement since.

Curious how your evaluation is going - any feedback? We're working with a customer who is doing analysis on alternatives for their business case.
0 Kudos
Reply
Highlighted

We decided on Meraki last month and we are implementing now. We are doing 100 cameras and I have installed 28 already. I’m trying to do 5 a day. Very happy with Meraki. I’m also positively impressed with the other vendors.

Thanks for the reply - what was the main reason you chose Meraki (price, support, etc.)?
0 Kudos
Reply
Highlighted

While, I have bought into the Meraki camera ecosystem, I am still extremely disappointed in the HLS latency and how little they have done to address it. We are experiencing 6-8 seconds of latency on a complete end to end Meraki system with redundancy 500Mbps+ redundant ISP links. We are seeing that latency on premise, in LAN mode.

For reviewing footage, this may be fine. For real-time surveillance, it's absolutely atrocious.

Verkada latency is less than 2 seconds, from what I have seen in even less ideal conditions.

Not to mention the lack of features when compared to other vendors. I believed in the MV line, and somewhat still do, but Cisco Meraki need to speed up development because the MV system is to far behind.

I get the API sense angle, tying to get customers to build their own apps, but the API is clunky and slow, makes it difficult to build anything that is commercially viable - and I think Meraki know this otherwise why would they open up the RTSP stream.

The MV cameras are well designed, the MV12W can spit out a fantastic image and we have seen them work well in well lit environments, as does the outdoor model. The MV32 however is terrible. The biggest issue is the storage. We had an MV32 being trialled in a commercial environment which was very busy before COVID, where foot traffic is now almost non-existent other than cleaners passing by - the MV32, with all quality settings (only has an 8.4 MP lens which is rubbish compared to standard 12 MP you would expect in a fisheye) set to the highest levels is only able to record 8 days (with motion retention enabled) - 8 days in a low traffic environment? thats ridiculous considering most customers will want at least 30 days. So then you have to purchase the cloud backup license, which just keeps adding to the cost. Now what if it were a large retail store where the customer wanted to deploy say 30 MV32's with a minimum of 30 days storage - let's discuss the uplink bandwidth implications of deploying such;

MV32 with motion recap enabled (and why should we have to disable it considering its a key feature!!!)= 200Kbps at idle x 30 = 6Mbps

36Mbps just to run 30 cameras with cloud backup. Hardly a solution when a org may need say 100+ cameras on an internet connection here in Australia.

Well we can fix this latency issue for you. Please get me your case number(s) and I will track this down for you. Question is the latency local Network as well as remote network ? With the new spec you should see sub two seconds.

Thank you for replying.

Some of the previous cases are as follows:

I should mention that we never really received a satisfactory response for any of these cases. All cameras are MV71s. We have had at least 5 of them die on us requiring an RMA.

The LAN latency is still over 7 seconds with a hardwired PC as well as a Mac as two viewing sources.

I would be happy to discuss the topology. As mentioned previously, its basically Meraki end to end for every camera, with the exception of two which are connected to a rugged Ubiquiti switch over fiber.

The owner is incredibly frustrated and is pressuring us to remove and replace with another solution. Any assistance would be appreciated.

Hello John - Let me know if you need any additional information for the cases above and thank you so much for looking into this.

I don't personally believe that cloud cameras are the way forward for this sort of scenario, they are mainly aimed at sites with a handful of cameras where normal NVR based solutions wouldn't be cost effective.  We have sites with hundreds of cameras and as you have seen, the upload bandwidth would be prohibitive at ~250Mb/s for the quality settings we use.  The storage does cost money as nothing is for free, we have ~1PB of storage for our surveillance systems and that is quite a big investment.