Learn more about your community peers in our Member Spotlight!

It’s time for our May Community Member Spotlight!

For our second-ever Member Spotlight, we chose to recognize @Nash. In just the past 3 months, Nash has received 37 kudos, written 59 replies, and authored her first 6 official solutions. 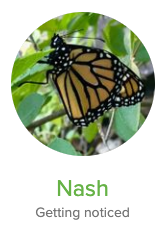 Tell us a little bit about your background.

I joke that I'm "geek born of geek", since IT is the family trade. I studied art and art history but ultimately... Since I moved into IT, my primary focus has been networking, with a goal of working primarily in network security. Lately I've been developing scripts using the Dashboard API using Python, since scripting is vital for networking as a whole.
I'm very good at making Windows' native client work with the Meraki client VPN. I've got a PowerShell script for Windows 10 that preemptively fixes quite a few problems, and sets up a split tunnel to boot.

How does the community help you in your day-to-day work?

I look a lot for the weird quirks people find, so I can share them with my team. We're a Cisco/Meraki VAR and MSP, with Meraki in heavy use at MSP clients. I've leaned heaviest into learning how Meraki really works, and the forums help with that.

Is there any particular Meraki product / feature that you’re particularly fond of or couldn’t live without?

I mastermind a lot of client VPN deployments, so I can't live without that... I think my favorite, though, is the Dashboard API in general. It keeps saving me time, and I'm just hooked on that CDP/LLDP call on MXes.

What’s your advice to folks looking to move to the next level in their Meraki / networking knowledge?

Learn to automate. Learn to script. If you can do it twice, you can probably automate it. Start by finding the smallest repeatable task, write out the steps, then make a script. It's easier than you think it is.

Thanks, Nash! Want to nominate one of your fellow community members for next month's spotlight? Submit your nomination here!

Cmiller
Building a reputation
@Nash Great spotlight story. Do you care to share some of those juicy powershell scrips for the Client VPN? I am about to start a deployment for about 300 users and would love to not have to reinvent the wheel.
2 Kudos

@Cmiller No, I thought I'd just mention the scripts exist and not share...

I threw them up in a github repo: https://github.com/gammacapricorni/happy-meraki-client-vpn

They're mostly based on snippets I've found on the forums here, all mushed together to pro-actively avoid common problems that my help desk has run into. I taught myself PowerShell for these so... they may not be super well written, but they mostly work.

AddMerakiVPN.ps1 is designed for you to pre-populate it with VPN name, address, PSK, and any routes for a split tunnel. I believe it should be possible to apply via GPO, but I haven't been able to try that. The server folks are not as interested in VPNs as I am.

AddMerakiVPN_Prompts.ps1 is designed for my help desk to use when someone from any client calls in. They pull the VPN details from our documentation, answer the prompts, then delete the script when they're done. Allows us to update the info in one place, rather than maintaining scripts for dozens of clients.