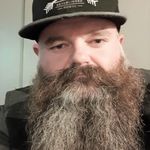 Thursday
Kudos from
View All
Kudos given to
View All

View All
Latest Contributions by D-A

Re: static i.p when hot desking

by D-A in Security / SD-WAN
Hey James, thanks for your 2 ¢ that's  what i need. Two brains are better than one. The devs don't  use desktops they use laptops that they have their own tools and dev environments installed on. The hot desks are just monitors, keyboard and mouse with a docking station they plug their laptops in to. The issue is that I suspect the ethernet adapter which i think is in the docking station will have its own mac address so this wont be unique to the users. If They plugged their laptops directly in to an ethernet cable I could then just setup static i.p's based on their laptops ethernet mac address and point dns to them but they don't , they connect to the docking station via usb which gives them access to the internet. I think if two laptops plugged in to that same docking station at different time they would get the same mac address, which  would be the mac address of the docking station but I could be wrong. Guess i'll need to test it. You question has helped me think of other ideas so thanks 🙂 ... View more

by D-A in Security / SD-WAN
Hi,   Our current office setup is like this :    Hot desks with dual monitors and keyboard and mouse with docking station that connects with USB which supply's the displays, the usb's for peripherals and the Ethernet connection. Our dev team sometimes run tests locally on their laptops and want to give access to this test to other users. On our old setup before hot desk we used desktop computers so I just set the i.p as static based on Mac Address and setup internal DNS to point to these static i.p's but with this new setup the laptops will always get a different i.p address as they may be sitting at a different desk and have a different mac address.   Is there anyway to set the static i.p based on something on the machine other than the mac address as that will change each time they sit at a different desk? I have been going around in circles trying to find a solution, even thinking using a PowerShell script that dynamically adjusts the hosts file when they connect to the network but it seems like over engineering. I'm sure I'm missing something fundamentally simple as I'm not a network engineer so thought i'd ask on here. Any assistance would be appreciated. Thanks ... View more

Re: Can't ping host.domain.tld but can ping just host when on local network

by D-A in Security / SD-WAN
2 Kudos
2 Kudos
Thanks Philip that did the trick. ... View more

Re: Can't ping host.domain.tld but can ping just host when on local network

by D-A in Security / SD-WAN
Thanks Philip, I'm using bridge mode for the wireless ap which from the looks of it gets the i.p from DHCP from the internal lan. Looking at the DHCP settings I can see that DNS is set to proxy to upstream DNS.I suspect this might be the issue as we have our own DNS servers locally that we use to manage all our internal DNS.   I'm going to try changing this to our internal DNS servers, however I'm scared to do this remotely so will hang fire until I'm in the office in case I lose access. Thanks for the advice, once I confirm this is this issue ill set your reply as the solution.    Very much appreciated mate, thanks again. ... View more

Can't ping host.domain.tld but can ping just host when on local network

by D-A in Security / SD-WAN
Hi Guys,   Since moving offices we have been unable to ping host.domain.tld but if I try to ping just the hostname it pings fine. This only occurs when hard wired to the office network. If I disconnect from the LAN and use the wifi which is on the same network it works fine. Also if I connect via the vpn from home it works fine.    We use a MX84 switch appliance and an MR33 Wireless AP.   I found this ticket while searching the forums but its the opposite of the issue we have. The user @Nash mentions the simplest way is to remap but I have no idea what that entails.   I'm not a network engineer so this isn't really my forte but any assistance would be appreciated.   Thanks   D-A ... View more
Labels:

Re: Error 628 launching Meraki Client VPN from a script

by D-A in Security / SD-WAN
Hey guys,   Did you get any further with this? I am experiencing the same issue with a couple of our users. I setup the VPN client using Windows 10 but get the same error about incorrect credentials when trying to connect to the vpn with a standard user. All our users are authenticated via Azure AD and most work fine but a few get 691 errors in the event logs and errors about incorrect credentials when using the client. I can then use the same connection but with my admin account and connect first time.    I'm going to have a look at the account in AD and see if they have any groups they belong to which have different permissions other than admin that might be causing this.   Any other tips would be appreciated.   D-A     ... View more
Kudos from
View All
Kudos given to
View All
My Top Kudoed Posts
View All