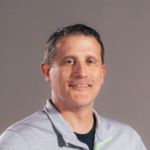 View All
Latest Contributions by BeachBum

by BeachBum in Community Announcements
In the fall of 1999 I started a new job as the Network Administrator for an animal feed manufacturer with 4 locations. Two of the locations were fairly remote, 1.5 to 2 hours away, and were connected by low speed leased lines as the connectivity was for dumb terminals to the AS/400. The closest location was 3 miles away, and was connected via a T1 as it housed the operations center and dispatch for feed truck delivery coordination and needed better and faster connectivity to HQ. If memory serves the T1 was about $1500/month.   After a bit (a lot) of research, I found a point-to-point wireless bridge that passed data at 20Mbps, I think. I don't remember the price, I just know that it paid for itself in a matter of months after disconnecting the T1.   The installation was the fun part. Being young (at the time) and adventurous, myself and a coworker ran Ethernet cable up an elevator shaft to the top of the mill closest to our HQ building. Now, this was not your typical hotel or office building elevator, this was a 4 x 4 metal box connected to a cable that you had to press and hold the switch to make it move and release when you wanted it to stop, and, it bounced a few times when it stopped which was a little frightening the first couple of times. The other mill didn't have an elevator, it required climbing up ladders mounted to the side of the mill to the top, putting the wireless equipment in a bag and using a pulley to hoist it up. The necessary cable was run down the side of the mill in conduit and into the mill's control room with a freshly drilled hole after a masonry bit was purchased and a hammer drill procured from the maintenance department. The conduit was then attached to the side of the mill on a windy day bouncing around in a basket on the end of a crane -- one of us held on to the building as best we could while the other screwed in the brackets that held the conduit in place.   Once it was physically installed, we split up with one of us at the top of each mill, pointed and aligned the radios, and somehow, some way, it worked.   I still drive by one of the mills as I live fairly close, and, while the wireless radio antennas have been replaced with newer models, I can see it from the road and it reminds me of that install.   ... View more

by BeachBum in Community Announcements
I'm focusing on MVs for one of our locations that has had a few breaches of the perimeter chain link fence, and also the new MR + Umbrella license. ... View more

by BeachBum in Security / SD-WAN
2 Kudos
2 Kudos
I agree with @Nash, VPN first, then RDP.   When I started at my company RDP was available from the Internet via NAT to our server running QuickBooks. I quickly removed that translation and told everyone who accessed it that they have to VPN first.   I also agree with both @jdsilva and @Nash, only allow it from company issued devices. You have no control over their home devices or idea what they're already infected with.   ... View more

by BeachBum in Community Announcements
3 Kudos
3 Kudos
I have a new avatar ... View more

by BeachBum in Security / SD-WAN
4 Kudos
4 Kudos
The latest stable version for the MX is 14.39, the latest beta is 15.13.   In the Dashboard click on Organization and then Firmware upgrades, it has the info for all devices. ... View more

Re: Our Most Versatile Switch Ever: The MS210

Re: SD-WAN deployed on a dual MPLS enviroment

by BeachBum in Security / SD-WAN
Since the remote site doesn't have its own dedicated Internet, you should be able to accomplish this by putting a Layer 3 switch at the remote site, a firewall isn't needed necessarily.   I have a similar setup: at my remote site I have an MX84, but this site has its own dedicated internet, so I plug the Internet connection(s) into the Internet ports. The MPLS is plugged into port LAN port 10, and I have static routes configured to route voice traffic back to HQ over the MPLS. I'm using the MX84 as my MPLS connection because I don't have a Layer 3 switch there (yet).   I'm not saying that you can't use the MX65, you just probably won't need to use the Internet ports to accomplish what you're trying to do. ... View more

Re: CPU utilization on your MX!

by BeachBum in Security / SD-WAN
Nice feature, I've often wondered if/how I could see this info, was curious about the load on my MXs. ... View more

by BeachBum in Wireless LAN
Please fix the URL in your link on this post and also the link in Meraki's blog post about the mounting kits.   This URL takes you to the correct place: https://meraki.cisco.com/products/wireless/mount-kits ... View more

Re: Before and After Pictures

by BeachBum in Off the Stack
Nice work!   I used Neat Patch for my last major install, works great. ... View more

by BeachBum in Community Tips & Tricks
2 Kudos
2 Kudos
My name is Bill and I'm an IT Manager in central PA. Almost my entire network of 4 sites is Meraki, and what isn't will be replaced by Meraki gear next year. While my title has "manager" in it, I'm a single point of failure... ... View more
Kudos from
View All
Kudos given to
View All
My Top Kudoed Posts
View All