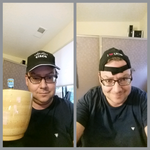 I'm a Cisco employee (datacenter partner TSA) and a long-time Meraki user (MX/MS/MI/MR for 5+ years). I am speaking for myself here, and while my stock might appreciate as a result of Meraki, my paycheck does not.

Kudos from
View All

Music on hold preferences and recommendations?

by Prydonian in Off the Stack
3 Kudos
3 Kudos
So I'm going to blame @merakisimon for this... someone on Twitter complained about the music on hold when calling Meraki support.    I suggested "I Bet They Won't Play This Song On The Radio," from Monty Python's Contractual Obligation Album. When I was in high school, a new radio station played a 7-10 minute loop on non-stop repeat for 3+ weeks to test their equipment, and I didn't really get tired of the song.    What music would you like to hear on Meraki's music on hold?    Edited to add: I'm not criticizing the person with valid concerns about being on hold. I hate being on hold too. I'm just pointing out that his comment on the music inspired this thread. 🙂   ... View more
Kudos from
View All
My Top Kudoed Posts
View All