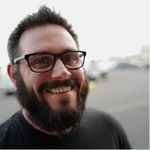 View All
Latest Contributions by radzima

by radzima in Off the Stack
1 Kudo
1 Kudo
I will be there ... View more

by radzima in Developers & APIs
1 Kudo
1 Kudo
If you really are a computer scientist you'd have looked at the API docs and gone from there. It's a simple RESTful API with logical endpoints. You can use whatever language you want. The examples are for those that are still learning programming (maybe you should pick up a book and learn a little too). You made a mistake. You made an error in syntax. You blamed the language for your idiocy.   I hope you enjoy your obsolescence as the rest of us learn and adapt to whatever language we want to use.   You absolutely, 100% aren't getting it. ... View more

by radzima in Developers & APIs
You’re still not getting it... there was no error to throw so it didn’t generate one. The syntax you used was incorrect for what you wanted to do but not incorrect syntax. If you wanted to ensure you got the result you wanted, you would need to build your own custom exception handling and check the value.   I’m not arguing with you over the virtues of using Python, you’re mind is clearly made up and nothing will change it despite the fact that you’re blaming an entire language that many engineers use daily with great results for your mistake. I’ve been working with Python and APIs for much longer than Meraki has had anything available and anyone that knows me is well aware of my feelings about Meraki. If you want to have a constructive conversation about the shortcomings that exist (which there are many, same as any language) and how to work around them, I’m all for it, but I don’t argue with zealots.  ... View more

by radzima in Developers & APIs
3 Kudos
3 Kudos
That's a single chart showing the amount of discussion on a topic. You can find the rest here.   Python is an easy language to learn (as long as you actually learn how to use it and don't assume syntax from other languages) that is fantastic for data science like analyzing large data sets or quickly processing incoming information. It's quite simple to use when doing basic tasks which is why it's been adopted by the networking industry but can be extended to do some pretty advanced things with a little bit of know-how. It can be interpreted and run in scripts or compiled into full applications - both command-line and graphical. It works across virtually every platform out there in near-identical manners (including mobile platforms). It has a massive open-source community that create modules/libraries to extend the functionality even further and allow the dev to solve their problem without the need to reinvent the wheel every time. The list goes on...   The assertion made by the original poster is one of frustration and lack of knowledge/experience with the tools.   I also learned Pascal back in the 90's and became a Perl junkie later on... I fought to keep using Perl for the longest time but when I finally started with Python it changed my world and has replaced nearly every other language I was using (I write iOS apps in Swift).   That's not to say it's perfect, just that it isn't the garbage language you'd think based on the original post. ... View more

by radzima in Developers & APIs
3 Kudos
3 Kudos
That's because it's not an error... you got the syntax wrong - the equivalent of hitting the gas in your car and wondering why you accelerated into a light pole. If you don't know how to use something, you're going to have a bad time no matter the quality or utility of whatever it is you're not using correctly.     Your opinion that it's the "worst language in the world" is by far in the minority and it has become the de facto standard for automation and scripting in the network world. If Meraki hadn't adopted it as the primary language, network engineers wouldn't be using it.   ... View more
Kudos from
View All
Kudos given to
View All
My Top Kudoed Posts
View All