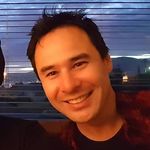 View All
Latest Contributions by its_Tricky83

by its_Tricky83 in Switching
If we have a fully functioning Layer 2 Aggregate Switch network and want to minimise downtime in switching to Layer 3, can we go ahead and create these VLAN Interfaces without it affecting the network until we're ready to cut-over to Layer 3 (and then switch to Warm Spare (VRRP)?     We currently have 2 x Meraki MS425 Aggregation switches with a bunch of MS225 edge switches connected via LACP. The 2 x MS425 Aggregation Switches are currently connected to old and fear of failing 2 x Catalyst x3750's which currently are in place for the purpose of routing traffic at Layer 3! Our plan is to configure Layer 3 Switching on the Meraki 425's and switch them to a Warm Spare VRRP setup (accepting that we'll lose our 20Gbps aggregation to edge switches, down to 10Gbps.) This should then hopefully allow us to remove the aging Catalyst x3750 stack. The Warm Spare setup will have the "Primary" MS425 connected to our Preferred NCS/WAN (1gb/1gb) connection, and the "Spare" MS425 connected to our Backup NCS/WAN connection (1gb/1gb). ... View more

by its_Tricky83 in Switching
2 Kudos
2 Kudos
Thanks OP.. This post and the video has led me to go through the entire module. Now that I've gone through that module, I'm inclined to do many more modules in the Learning Hub. Like many of us here, I didn't have time to learn prior to implementation. I had to just fly by the seat of my pants and learn as I went along. So Module Based learning wasn't a great fit at the time! Regardless of that, these modules are awesome and everyone should give them a once over even if it's only specific topics you need to know more about or want validation on what you think you know! ... View more

by its_Tricky83 in Switching
@its_Tricky83 I'll just answer my own question, for anyone else that comes along later. Yes, they are compatible and work a treat! ... View more

Re: Is the Log4j vulnerability affecting Meraki ecosystem?

by its_Tricky83 in Full-Stack & Network-Wide
Thanks @OmarSantos , They snuck Meraki onto that page some time after my OP. It's good to finally have 100% certainty! Cheers, Tricky   ... View more

by its_Tricky83 in Full-Stack & Network-Wide
12 Kudos
12 Kudos
With the recent Log4j vulnerability being exposed, I've been asked to confirm if any of our Meraki stack have been affected? I have no proof of Log4j affecting Meraki other than this simple statement from my manager "Other CISCO products have been affected by Log4J so can you please ensure Meraki isn't affected?"   Has anyone found any official statement from Meraki? Or can shed any light on the matter? ... View more
Labels:

by its_Tricky83 in Switching
1 Kudo
1 Kudo
I've done things a bit differently: At the core we have 2 x Catalyst  WS-C3750X-24S, which is the existing core switch stack, and remains that way for the time being. So the Meraki network is currently sitting off the edge of the Catalyst core, utilising 2 x Ten Gigibit SFP's.   The Catalyst stack and the whole of the Catalyst network is utilising Rapid PVST (Rapid Per VLAN Spanning Tree) and this Catalyst Core Switch Stack has a Bridge Priority of 8192 (architecturally, this bridge priority was intended rather than 0 purely so that it would be possible to slide in a higher bridge priority device if needed, anyway!)   The Meraki's comes into play.. We have 2 x Meraki MS425-32's connected via 10G SFP etherchannel to the Catalyst Stack's TenGigEth ports: MerakiMS425-Switch1 / 32 <> Catalyst Te1/1/2 MerakiMS425-Switch2 / 32 <> Catalyst Te2/1/2 Goes without saying, this link between the Meraki Stack to the Catalyst Stack is Aggregated. The 2 x Meraki425's are stacked via  40GBASE-CR4 cables for redundancy if either of of the aggregated pair breaks.   The Meraki 425 Stack is set to use RSTP with a Bridge Priority of 12288, and all Meraki Edge Switches use the default bridge priority of 32768.   NOW! The important bit: Rapid PVST only passes BDPU's across the default (VLAN 1).  Because Meraki does not support Rapid PVST, we have chosen not to trunk VLAN 1 on the etherchannel connecting the Catalyst and Meraki Stacks. In effect creating two segregated STP networks, but allowing all other VLAN's other than VLAN1 to trunk traffic end-to-end.   The meaning of all this: With this RSTP config, the Meraki 425's are the Root for all Meraki EDGE switches; and, The Catalyst WS-C3750X stack is the Root for all Catalyst EDGE switches.   If by chance/mistake the Meraki Network's STP does converge with the Catalyst Network's STP, I'm hoping the higher bridge priority on the Meraki 425's somehow will instruct them to not take over bridge priority from the upstream Catalyst stack.   This is as close to the ideal scenario I can get to without reconfiguration Rapid PVST on the Catalysts to use something more standard/supported by the Meraki's.   We do have plans to remove the Catalyst Edge Core at some point, but for now it is needed because it is doing some fancy BGP stuff that I haven't got my head around yet. The Catalyst Edge switches have had ALL of their end-devices migrated to the Meraki's. So from a edge distribution point of view, the Catalyst Edge switches are sitting there doing not a lot.    Sheesh, I hope some or all of that makes sense. ... View more

Re: Is there an parent Advisories Page, which is actually being updated?

by its_Tricky83 in Dashboard & Administration
Hi @UCcert , thanks for your quick response.   Yes we get advance notifications when maintenance directly relates to 'Firmware', but nothing for other events.   Last nights maintenance does not relate to Firmware updates, but rather; the Dashboard itself... although, I was reading between the lines of the limited information in the banner at the top so there was nothing more particular about the scheduled outage.   The advisories page only ever appears to advise on 'Security' incidents. It would be nice if this was expanded upon. Even post-maintenance updates would be great. Like what you get for Microsoft Admin Centre.   ... View more

Is there an parent Advisories Page, which is actually being updated?

by its_Tricky83 in Dashboard & Administration
2 Kudos
2 Kudos
Is there an advisories page for Meraki?   This CISCO Meraki Customer Advisories does not have details about last nights scheduled maintenance. I'd like a page that provides more detail relating to upcoming/scheduled/unscheduled maintenance and/or outages. Preferably a page that can be subscribed to by email as well. Sorry for sounding needy, but hopefully I'm not alone in this request.   Last night there was maintenance and we all received a pop up within the dashboard, but it wasn't exactly detailed. And if I hadn't of gone into the dashboard, I wouldn't have known it was happening.   A number of dashboard issues started to plague us in the lead up to last nights maintenance window, but there wasn't any information on if those issues were being addressed in the scheduled maintenance.   These two issues were what I was most curious about: - RSTP Root information for each switch was stuck loading. - POE information for ports was not being generated. (No POE icon and no POE usage stats)   This morning, after the maintenance window, both issues appear to be resolved.   So I'd love for a reliable Advisories page, and I think it should be a permanent link under 'Announcements' at the top right. AND, I think that any time it is edited, the 'Announcements' needs to change in appearance.     ... View more

Re: Client Dashboard displaying OS as 'Other' instead of 'Windows 10'

by its_Tricky83 in Dashboard & Administration
So it seems, from many reports, that the Client Dashboard 'OS' listing for the time being is 'Other' for the majority of people, and 'Windows' for a select lucky few, albeit not the specific Windows version.   Hoping that one day this gets much better! But for now, because most people don't have luck with it I am going to assume my environment is configured perfectly fine.   Thanks for everyone's responses. Kudos to you all! ... View more

Client Dashboard displaying OS as 'Other' instead of 'Windows 10'

by its_Tricky83 in Dashboard & Administration
I know the Client Dashboard (Network Wide > Monitor > Clients) uses DHCP OS Fingerprinting to gather each client OS version, however, I'm starting to wonder if anyone else actually has their 'Windows 10' devices displaying as 'Windows 10' in the 'OS' column/field?   The majority of our Windows clients are a mix of Windows 10 1809 and slowly moving to 20H2 (as we iron out some known bugs with 20H2 in domain environments)   The 'Manufacturer' is detected properly, but rather than stating 'Windows 10' as the OS, it just shows 'Other'. It's not a deal breaker at the moment but I curious if I'm alone    The clients are all connected via Meraki MS Switches. The Dashboard detects all other details correctly, eg: Hostname, IP, Mac Address, VLAN, Manufacturer.    So it's simply the OS that bugs me! Anyone else have proof that 'Windows 10' is being detected as the OS in their environment?   ... View more

by its_Tricky83 in Switching
Somewhat related to the OP.  Can anyone tell me if the 'Meraki MA-SFP-10GB-LRM' is compatible when linked to a 'CISCO SFP-10G-LR'.   Note that the CISCO SFP is the LR type and not LRM! These would be connected via 2m OS1 LC-LC Singlemode Duplex LSZH Patch cables, unless informed otherwise 🙂   I'm thinking it should work just fine, but wouldn't mind some reassurance?  The pic below might make it all clearer.       ... View more

by its_Tricky83 in Switching
Thanks TerryMC, I haven't delved too far, but my initial attempts to do a two port aggregation between Meraki with Catalyst switches hasn't been successful.    This switch has never made contact with the Meraki cloud to gather it's initial config, so I'm wondering if it has something to do with that.. I'm thinking I should just attempt to trunk one port first (without aggregation) to at least get it communicating with Meraki cloud platform, and then work on getting the port aggregation working.   Would you be so kind as to post your config changes to get it working for you? I'm very new to Catalyst and CISCO IOS stuff.   ... View more

by its_Tricky83 in Switching
Hey @TerryMC , did you ever hear back from Meraki after sending the configuration to them to view and get feedback on?  ... View more
Kudos from
View All
Kudos given to
View All
My Top Kudoed Posts
View All