My concern is whether or not the Meraki Core switch will be able to talk to the Meraki cloud through this setup.

My theory is that it should work if I create an Layer 3 interface (SVI) on the Meraki Core for VLAN 40 and get our WAN provider to have a static route on their WAN router pointing to this SVI as the next hop for the VLAN 40 subnet (along with routes to all other SVIs/VLANs on the switch, and a connect route for the transit VLAN 200).

I'm only slightly doubting the design as I've only come across illustrations where the Meraki switch on one end of the transit VLAN has its management interface set with the transit VLAN as the VLAN ID and configured an IP address in that address space (configured within the "LAN IP" settings area on the switch).

Below shows the proposed layout. I'd be grateful if someone can confirm if the setup will provide the Meraki Core with connectivity to the Meraki cloud. 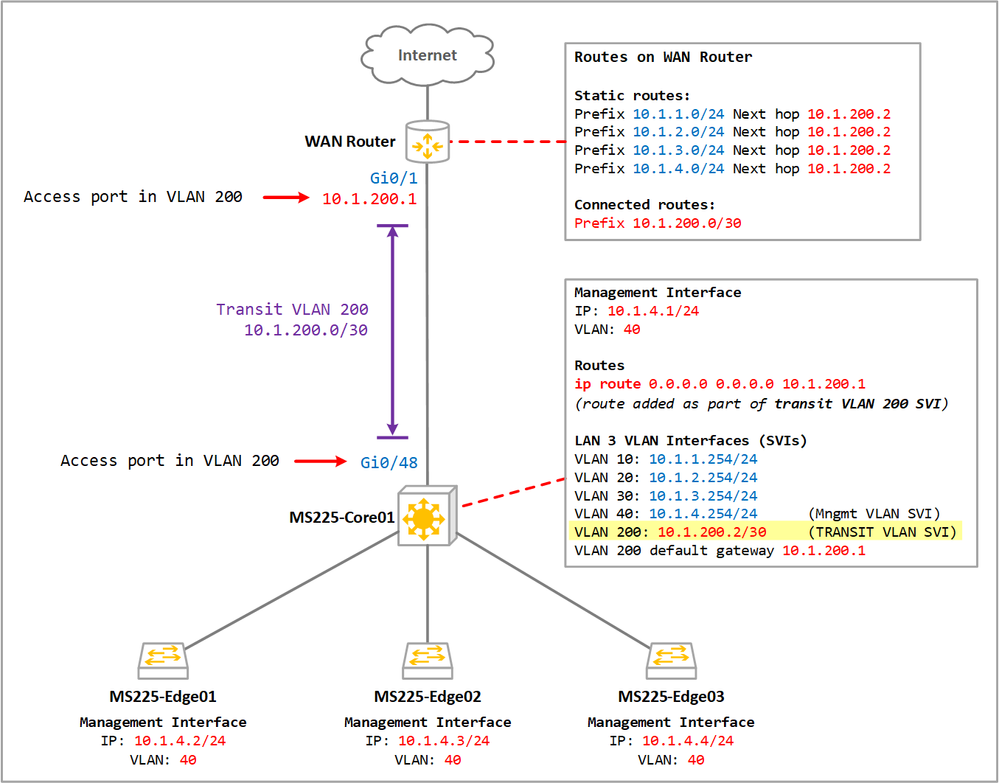 For a Meraki switch, it cannot use a L3 interface on itself for the gateway of the management interface.

The management interface must have an external device as it's gateway en route to the internet and the Meraki dashboard cloud.