Agreed, would also be nice to see event log details of anything that matches the layer 7 firewall rules.  For example, if you were to block traffic to China using a Layer 7 firewall rule.  The traffic would be blocked but there is currently no way to see that in the event logs to identify which clients machine or IP was trying to communicate to China etc...

Adam R MS | CISSP, CISM, VCP, MCITP, CCNP, ITILv3, CMNO
If this was helpful click the Kudo button below
If my reply solved your issue, please mark it as a solution.
0 Kudos
Reply

Adding to this request, and I've already used the silly "wish" button for this as well.

logging in general is terrible on this thing.  "use a syslog server" should never be an appropriate response.

ditto on the wish button

I like the Meraki MX but I am coming from a WatchGuard device that gives a detailed view of what is happening with the traffic. If you could capture something like that it would be great. I attached an example. 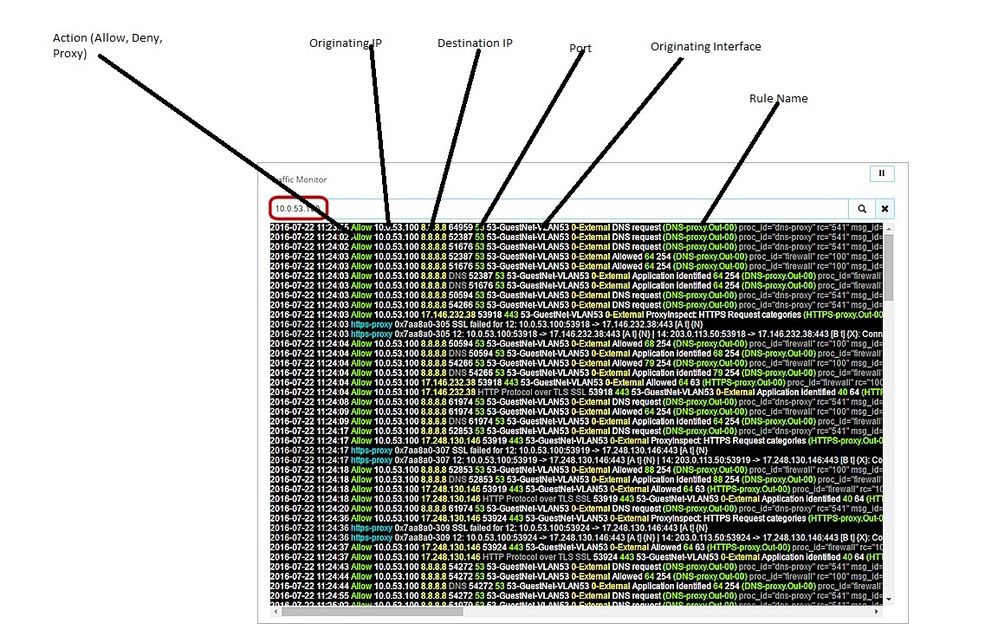 @Twiles- on another thread I recently learned that a more urgent way to request features is via the sales team.  I've sent this idea to him and included a link to this forum thread.

I've also recently installed Meraki, coming from both Sophos XG and SonicWALL.  I've found Meraki to be very limiting in its feature set thus far compared to those products.

on the upside, when I turn things on with Meraki, they just work.  Sophos XG had tons of features, but was buggy and caused tons of outages.  no more of that with the MX device.

Zane D - IT Manager in Sin City NV
0 Kudos
Reply
Welcome to the Meraki Community!
To start contributing, simply sign in with your Cisco account. If you don't yet have a Cisco account, you can sign up.
Community News