Is it possible to create a VLAN on the GX20 security gateway? I have a Layer 2 non-managed switch, and want to create a separate network on one of the physical sorts on the GX20. Is this possible? The Access Points and Network Switches can ... so I assume there would be no reason for the security gateway ...

It is not possible to configure VLANs on the GX20 Meraki Go appliance, but you can suggest this using the feedback feature in the app by navigating to the settings tab and selecting "Give Feedback" under the Help section.

The Meraki Go outfit seems like it work for me but I need the vlans configured in the GX20.  I downloaded the app and tried to setup an account but I already have MX's so it says my account already exists but then it tells me I can't loginwith that account because it already exists.

Might just have been added as i can press the active port on my gx20 ->  settings Top right corner, pick advanced, then choose trunk/accsess port and vlan number from here. 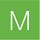 Is this correct? The only reason I bought GX20 was to be able to create VLANs.

VLAN creation is enabled on all Meraki Go devices. You can create VLANs on the GX.