The Bathroom Camera and the girlfriend loves it!

The Bathroom Camera and the girlfriend loves it!

I thought I should share this unusual mini project =D.

First of all, the bathroom camera is not designed for what you might think!

We had two dwarf rabbits and one has died recently.

So the other rabbit was now alone and we had to get a new partner for her. For the socialization you have to find a neutral territory for both rabbits. The only possible room in our flat is the bathroom. There was no other choice to place them there.

The problem with the rabbits is, that they are like kids. As long as you are sitting next to them and they can see you watching...they won't do anything "bad" e.g. bloody fights. We wanted to keep an eye on them without them knowing.

So I've decided to install one of the meraki cameras here =D.

And thanks to the IR LEDs this is working also in the night.

I didn't want to drill any holes in the wall or to lay a network cable from the bathroom to the next switch. Thanks to WiFi this isn't needed.

In case of needed privacy, there is always the option to just unplug the power adapter of the camera next to the mirror. 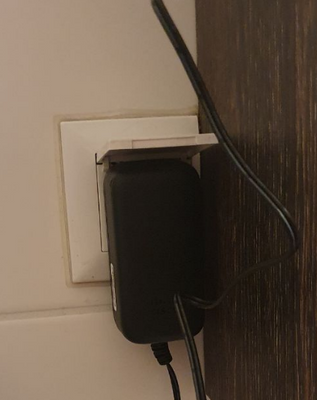 In the beginning I've kept the protection dome on the camera, which was working fine with a normal light, but with activated IR you wouldn't see a thing 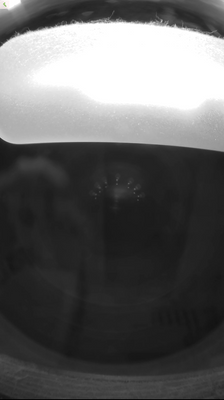 What looks like eyelashes here are actually the lights of the mirror. Even with the removed dome you were not able to see a thing in the room as the mirror light was reflecting all the IR light back to the camera, so I had to remove the mirror light. (P.S. I've removed already the dust)

After that the bunnys were safe to watch =D 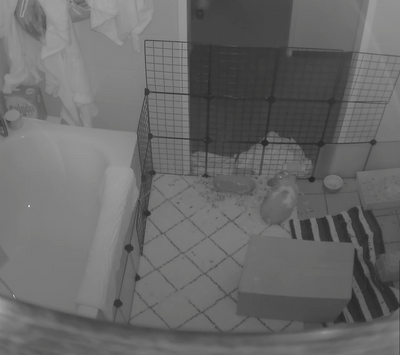 Home-Assistant is an open source product for smart home automation which can integrate a lot of smart devices. As of writing this article it has 1615 integrations e.g. Amazon Alexa, Google Assistant, Google Cast, MQTT, IP Cameras and so on.

I've needed a simple and secure method for my girlfriend to watch the rabbits via mobile. Both meraki apps (released and beta) were to complicated here and the fullscreen mode of the video is also not the best one in the apps.

The dashboard would involve to many clicks after the login process to even get to the live video. Not to mention that I would have to setup a new camera only administrator and let her run through the account creation process.

Since I had already home assistant running for my smart home it was an easy task to implement it in a few steps.

After that the live video is just a button press away 😃

The other good thing is, that this solution is working locally (without dashboard/internet access) and from remote.

But a clever solution to trying to integrate a new friend. I hope your buns decide to be chill with each other and can romp around your home together soon.

Hell yeah,didn't know that integrating MVs into Home Assistant was that easy! Thanks for the heads up, I'm an avid HA user too 👍

@CptnCrnch in the future it will also be easier.  I've just started it, but I'm writing an integration for meraki. Starting with switchports and a simple camera interface

Click bait haha, well done. My personal journey with CCTV at home started when I got a Bernese mountain dog puppy, when he was finally old enough to be outside on his own during the day I wanted to be able to keep an eye on him. Then our car on the road was stolen so that lead to having cameras overlook our cars parked on the road. Now I have 7 cameras at home..... it becomes a disease.