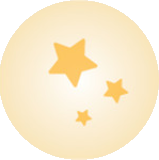 "I started my work life as a technician for a cable ISP.  My daily work involved installing and replacing cable splitters and modems, working with coax and twisted pair while climbing up big poles.  That job was very interesting for a while but being a simple worker meant your input into company service strategy was always ignored.  I didn’t see myself doing this job on to retirement since it also had a negative effect on my back and joints.  So in the last years of my work there I joined instructor-led classes with Cisco Netacad which I could follow from 6 to 10 PM once every week.

Through Cisco Netacad and a competition they hosted then which was called Academy NetRiders I had several free vouchers to take my certification exams and I got the rare opportunity to have a full paid for week @ Cisco HQ in San Jose with winners from other regions of the world, one of which right now works at Meraki in San Francisco!

After obtaining two CCNA’s I was able to secure a job at a local smaller IT firm as network engineer.  I quickly got the chance to earn some more certifications and do the Meraki CMNA training session in Brussels.  Since then I’ve been designing Meraki networks for customers with the pre-sales part, doing wireless site surveys and help maintain those Meraki networks if problems arise.  My focus is in the switching, wireless, SD-WAN area.

When dealing with Meraki support I’m usually not the easiest of person to deal with but that is because I believe in the Meraki product and I want to help improve it by providing the honest feedback to problems we as partners/customers come in contact with in our daily lives."

See all of @GIdenJoe's community contributions on his profile.