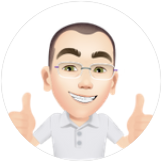 "I actually started my working life in the radio industry as a broadcast engineer, almost 25 years ago back in the UK. To support the broadcast equipment we were running Netware based networks, digital playout systems based on an ASCII text interface, and using 10Base-T and an interesting ‘up and coming’ networking protocol called 100VG-AnyLAN – it never went far. Over time I transitioned to completely IT focused roles, and also moved to Australia. Since then I’ve worked with Cisco UC Manager (although it was called CallManager back in version 3.2), CatOS, IOS… you get the picture. About five years ago I was introduced to Meraki and the ethos behind the product ‘just clicked’ and I’ve been a promotor of the solution since. Currently I work for a systems integrator in Australia covering most of the Cisco portfolio, especially Meraki, as well as a few other vendors’ products.

What keeps you coming back to the Meraki Community?
I had the pleasure of being asked to join the community during beta testing, and I’m glad to see how it's grown. It’s been a great source of information to me over the time it's been around, and it's great to give something back. With the lockdowns we’ve had due to COVID-19 it's given me time to participate more, using my time more usefully rather than ‘just trying to reach the end of the internet…’. There’s always new tips and tricks I learn from the other members and I’m sure at some point I’ll hit the same issue they had, and hopefully some of my posts help others.

What are you most excited about for the future of networking?
APIs are the future, and are what excites me. I studied programming (a long time ago) so getting back to thinking that way is great. Developing solutions to make network administration easier, dynamically change the network, and drive benefits from the network through integration with other systems is really the way forward; after all the network really does underpin a lot of business activity. I just wish I had more time to ‘play’ with them.

What’s your advice to folks who are just getting started with Meraki?
I’ve seen many people believe that Meraki is so easy they don’t need to understand networking. Ironically, on the flip-side I’ve also seen CCIE qualified engineers try to completely over engineer a Meraki network and then complain that its too limiting and doesn’t work. You need to both understand basic networking and understand the Meraki ethos and where it fits – there are actually times when Meraki isn’t the solution. The Meraki community is a great resource, as is the Meraki documentation, but get some training under your belt, and also get to know your local Meraki partner and/or Meraki account team, as they’re also invaluable (especially for that ‘does Meraki fit’ question)."

See all of @Bruce's community contributions on his profile.