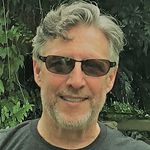 View All
Latest Contributions by sc27racer

Switch priority by VLAN vs by Switch

by sc27racer in Switching
The procedure to set the priority of switches so that traffic flows by default to a primary switch is well documented. However, with non-Meraki switches--including Cisco Traditional--one can also set switch priority per VLAN, to steer some VLANs to one switch and some to one or more others, which can help optimize traffic handling in some use cases. Is there a way to set switch priority by VLAN in Meraki networks? If not, is there a workaround for directing different kinds of traffic to different switches? ... View more

by sc27racer in Wireless LAN
1 Kudo
1 Kudo
Thanks, @ChrisKemsley for helping me to understand how the unit decides which antenna to allocate to which data stream in the same band. Dave's earlier reply touched on that same question in his mention of the diplexer that separates signals into the 2.4 and 5GHz radio chains, but I had to read both comments before I finally understood the answer. ... View more

by sc27racer in Wireless LAN
Thanks, @MerakiDave for the quick response and details! ... View more

by sc27racer in Wireless LAN
I was troubleshooting an MR74 mesh array (one gateway and five repeaters) that was taken out by lightning and found that two seemingly damaged MRs came back online when I swapped antennas. So now I need to test all the units and their antennas to separate the fully functional from the damaged.  All six MX74 access points have both 5.0 and 2.4 GHz radios enabled, one bank of two ports is clearly labeled 5.0 GHz and the other bank, 2.4GHz, and on my test access point, both radios and all four antenna ports are verified working. So far, so good.   [1] I opened my.meraki.com and saw that my phone had connected to Channel 112 on Radio 2. Channel 112 is in the 5.0 GHz band, so I can easily cycle through all of my dual-band omnidirectional antennas in sets of two in the 5.0 GHz bank of antenna ports on the test unit, identifying sets that produce lower than average signal strength, and when I find one that is subnormal, remove each of the test pair in turn to determine if one or both of the dipole antennas are fried, so I know how many antennas to purchase.   [2] If I then disable 5.0 GHz on that test access point, it will force my phone to connect to the other radio (2.4 GHz), and I can then repeat the process for the other pair of antenna ports, and in the end, know for certain that I have eliminated every antenna that does not provide average or better performance on both bands.  Tedious, but again, so far so good.   Question #1: In thinking through the procedure in [2], above, I presumed that each dipole omni antenna contains separate arrays for 5.0 GHz and 2.4 GHz. If that is true, it is necessary to exhaustively test the antennas a second time for the 2.4GHz band, but if not, I think it would be sufficient to ascertain that both antenna ports are working, since in that case the antennas would all have been tested sufficiently in [1]. Can someone tell me if the dipole omni uses separate arrays for each band, or the same for both, so I know if I can eliminate the antenna-swapping portion of [2]?   MR42E and MR53E Use Case   Now let's look at the MR42E  (three radios and five antenna ports) and MR53E (four radios and six antenna ports).   The MR42E (MR53E) has five (six) external antenna ports: The ports labeled   2.4/5   is meant for client serving radios (there are three 2.4/5 ports on the MR42E, four on the MR53E) The port labeled   Scan   is meant for scanning wireless channels The port labeled IoT is meant for BLE applications The antenna ports on the MR74 are hard-assigned to either 5.0 or 2.4, and are labeled accordingly. The 2.4/5 ports on the MR42E and MR53E are not labeled into separate banks for 5.0 GHz and 2.4 GHz. Moreover, while it is possible that the MR53E preserves the MR74's practice of using two of the four 2.4/5 ports for each band, I can't see how such a practice is possible using the MR42E's three available 2.4/5 ports. It would be nice to understand this better before I need it!   And that brings us to Question #2: Can anyone shed light on Meraki's antenna port band allocation scheme for the MR42E and MR53E, as it relates to the 2.4/5 ports? ... View more
Kudos from
View All
Kudos given to
View All
My Top Kudoed Posts
View All