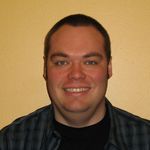 View All
Latest Contributions by EricEJ

by EricEJ in Wireless LAN
I did that last Friday, and things do seem to be working better. ... View more

by EricEJ in Wireless LAN
I upgraded to 26.6 over the weekend. However, we went ahead and wired all the exam rooms this weekend. Now we have very few devices on the WiFi, but things do seem to be working better with the wireless now as well. We'll see how things are after a week. ... View more

by EricEJ in Wireless LAN
We went to 25.14 when it was an SRC and the performance issues started happening. Support suggested we rollback to the previous firmware, however the performance issues persisted after rolling back to 25.13. When 25.14 became an official release we went back to it again hoping the issues that came when we went to it would clear up, but unfortunately they did not. This time the disappearing SSID issue has come up as well, but we only stayed on 25.14 when it was an SRC for less than a day, so it never had the chance to pop up if it was an issue in the SRC as well. So even if we roll back the performance issues persist, but the SSID issue will likely clear up. At this point it can't get much worse if we go with the 26.6 SRC, so I'm probably just going to give that a try. ... View more

by EricEJ in Wireless LAN
We've been having the disappearing SSID issue with all of our APs since we updated to 25.14. Until then we didn't have these issues, but since 25.14 we've had performance issues and issues where one of our SSIDs will intermittently disappear; we have to reboot the AP to get it back. ... View more

by EricEJ in Wireless LAN
I did put a ticket in. Meraki had me adjust the radio power from 30 to 10-30. They also had me adjust the minimum bitrate from 1Mbps to 12Mbps. This seems to have helped with the majority of our computers, but we still have a few that are having issues. Still, we didn't have any issues whatsoever until the firmware update.  ... View more

by EricEJ in Wireless LAN
We're having the same issues. This started happening for us a couple months ago after we went to the 25.14 SRC firmware. We reverted back to the 25.13 firmware, but unfortunately that didn't bring things back to normal. I actually just tried installing the 25.14 firmware now that it's stable release, and things are just as bad. I actually just put a ticket in with support regarding the issue, but haven't heard back from them yet. We have MR42s for a couple years now here as well, and they've worked great up until we installed this firmware update. ... View more