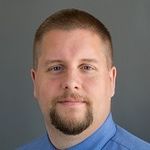 View All
Latest Contributions by SKSVFD

by SKSVFD in Switching
1 Kudo
1 Kudo
Thank you for this link!   Scott ... View more

by SKSVFD in Switching
Philip, thanks for the response. The current backup appliance has 4 1GB connections, however we want room for growth later. Currently I only have 2 of the 10GB fiber connections hooked up. The redundancy isn't really necessary in this case. If one of the switches go out it would be really easy to move connections.   Firmware updates on both switches at the same time aren't an issue either. If switching from 2 independent switches to 1 stack is it a pretty straightforward process? Or will a lot of configuration need to be changed on the ports? ... View more

by SKSVFD in Switching
In my main data center I've got 2 MS420's, not in a stack. I've got 4 10g fiber lines going from the datacenter to another building and on that side I have a MS225. I'd like to get as much bandwidth as possible between the two as I've got a backup appliance getting moved to the other building.  Does it make more sense to have all of the connections going to just 1 MS420 to avoid a loop? Or do 2 connections to each MS420 for failover? Do I aggregate ports on both sides?  ... View more

by SKSVFD in Switching
Thank you for the response. We do have a block of static IP addresses. My concern with putting the switch in between the Ciena and the MX's is that I now have another device to manage and still a single point of failure after the Ciena. I only see that as being a real benefit to doing firmware upgrades on the MX to reduce downtime.    I've been told that the Ciena and can be configured with a virtual IP over 2 ports, or a failover between 2 ports but that Comcast doesn't like to program them to do that, they would rather sell you a complete other connection.   At this point I am leaning towards the manual failover as I work right next to the server closet, and only live a couple miles away so I could perform a manual failover pretty quickly. We are a fire department with a lot of backup manual processes available. If the network were to ever go down we'd still be able to roll out our equipment.    Scott ... View more

by SKSVFD in Switching
I've got static connections with a block of IP addresses.  ... View more

by SKSVFD in Switching
I'm fairly new to Meraki and my networking is a little rusty. Here's my scenario I could use some help with:   I have a Comcast fiber connection with a connection to the internet, and a connection to the WAN. I also have 2 MX 100's that are going to be configured in a HA pair. I've got the Internet connection going to port 1 on the MX, and the WAN connection going to port 3. For HA to work right I'll need the same internet connection going to port 1 on the spare MX and the WAN connection going to port 3 on the spare MX, right?    At this point getting another Comcast router and connection is not in the budget so how do I "split" the two connections from the Comcast to get a pair to each MX? My first thought was a couple of 5 port gig switches. 1 switch for the internet connection, 1 switch for the WAN connection, but those wouldn't be manageable and if one goes down I won't have the alerting that I do with the Meraki equipment.    I do have an 8 port Meraki switch (MS220) that I could also use, but this gives me a single point of failure and I find it silly to add one device that could fail to connect to a pair of MX's to get failover there.    I spoke with my Comcast rep to see if they could activate 2 of the SFP ports on the Ciena to mirror the other ports and she almost seemed offended that I was asking for free service, which I wasn't.    So, what's the best option? I'm currently leaning towards plugging in our Comcast cable connection to port 2 on both, then if the MX dies I'll just go into the server room and unplug everything in MX a and plug it into MX b...   Scott ... View more
Kudos from
View All
Kudos given to
View All
My Top Kudoed Posts
View All