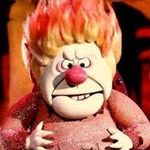 View All
Latest Contributions by MRyan

by MRyan in Wireless LAN
We're trying to figure out the best way to deploy a Wireless SSID that will only allow a laptop to connect if the device has the Meraki SME agent installed and it is showing as compliant in the MDM dashboard. This is for an prison inmate network to allow inmate computers in a lab to connect to the Meraki WiFi and then get out to a specific site on the internet, which is why we're trying to avoid using any username/passwords for logins.   Just to get connections going we setup the Meraki Cloud Authentication with SM Sentry Wi-Fi and then selected our MDM Network and the device tags within that, or if we should use a PSK and then rely on the Splash Page to enforce enrollment in Systems Management Center (we've turned off the Enrollment page, so you have to have the agent already installed).  ... View more
Labels:

by MRyan in Security / SD-WAN
Oh yes, swapped things around, cables, phones, etc.. it was the device itself. They sent me a new one and both PoE ports work flawlessly ... View more

by MRyan in Security / SD-WAN
All the documentation states that ports 11/12 on the MX-68 are PoE+ ports, yet only port 11 will deliver PoE power. I was connecting two Avaya VoIP phones, but only port 11 will power the phone, but I can use port 12 as a regular LAN port.  Is there a different power supply needed to be able to power both PoE+ ports? ... View more

Re: vMX and Azure VNET peering

by MRyan in Security / SD-WAN
I deleted everything in Azure and started from scratch, the only thing I predefined was a VNET and subnet in an empty resource group.. This time I was able to have the vMX100 created successfully and have even created a Win10VM in Azure on the same internal VNET/subnet, however I'm having routing issues between the Azure vMX100 and the MX-450 in our data center, yet other remote facilities that enable the Azure vMX100 as another Hub can access the networks behind it. ... View more

Re: vMX and Azure VNET peering

by MRyan in Security / SD-WAN
I have created and torn down the vMX 3 times now as I run into one problem or another, initially I tried to use a VNET that was already existing in another resource group (all resource groups are in the same region), and that VNET had nothing associated with it but only 3 subnets defined within it, I got an error message every time I tried to create this, so I had to let the vMX create it's own VNET within it's resource group, but now there are such draconian "deny" controls that it is basically useless as you can't create any route paths on the VNET in the Meraki Resource group.  SO here we go for round 4 of deploying the vMX100, this time I will create a new VNET in an empty Resource Group and then pre-create a /30 subnet within that VNET range for the vMX to use and see if I can then setup a VNET peer from that /30 to other subnets within the same VNET. ... View more
My Accepted Solutions
View All