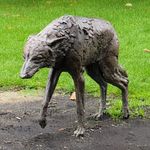 Online
Kudos from
View All
Kudos given to
View All

cmr in Switching
And there are differences, the ms120-8p models we got a couple of months ago differ from the ones we received a year or so ago as the new ones experienced the PoE mis-location issue, but the old did not... ... View more

cmr in Switching
@dloeliger are the old and new access switches all  the same MS125 models? ... View more

cmr in Wireless LAN
@latintrpt if you mount the MR46E flat to the wall you'd use the B antennas, not the A ones.  If you mount the AP on the ceiling or use a bracket so that it sits horizontally, then your use the A ones. ... View more

cmr in Switching
5 Kudos
5 Kudos
@u4iia you can break a network switch upgrade into stages now.  Once you schedule the upgrade there is an option under Switch / Staged Upgrades where you can edit the schedule and add additional upgrade windows:   I have successfully used this on a stack of three MS355X switches to upgrade the master first and then the other two switches 5 minutes later.  I was onsite and it did follow the plan with no obvious negative issues.   I have also used it on non-stacked switches many times without a problem. ... View more

cmr in Wireless LAN
2 Kudos
2 Kudos
@latintrpt the MR44 coverage is pretty much a sphere and the omni-directional antenna for the MR46E isn't far off.  With the dipole antennas you can have them pointing vertically for wall mounted APs. Just fix them to the wall above head height and you'll be fine. ... View more

cmr in Security / SD-WAN
1 Kudo
1 Kudo
As far as I'm aware it applies to upgrades as well, outside of RMA so I'd definitely give it a go and please report back here 👍 ... View more

Re: Newbie! Metro Ethernet between Sites

cmr in Security / SD-WAN
@jko6 if you inject a route to the internet to the MPLS (by using another device) then you can use the WAN port of the MX. ... View more

cmr in Security / SD-WAN
There is an option to translate remote subnets to different ones in this case, but I'd always go for renumbering despite the initial pain. ... View more

cmr in Security / SD-WAN
4 Kudos
4 Kudos
If you go here you can see the supported options: https://documentation.meraki.com/General_Administration/Licensing/Meraki_Co-Termination_Licensing_Overview#License_Conversion   You are in luck         ... View more

cmr in Switching
@Mloraditch I think it will simply be an additional label you can add for ease of reading.  So far I have only applied this firmware to my home switch and as that is an MS220, this feature isn't supported by the release... ... View more

cmr in Switching
2 Kudos
2 Kudos
The nearest MS devices to the 9500 are the MS4xx switches but they do not support SFP28 ... View more

cmr in Switching
@Dolik there aren't model for model equivalents, what features of the devices are you looking to use?   The nearest Meraki model to the 9130 is the MR56 as it has 8 spatial streams and is Wi-Fi6 enabled, but it doesn't support external antennas, 160MHz channels or splitting the radios. ... View more

cmr in Security / SD-WAN
2 Kudos
2 Kudos
Please note that if you are in the closed MX IPv6 beta program, you should not upgrade to this public beta version. ... View more

cmr in Smart Cameras
1 Kudo
1 Kudo
@Porcap what firmware are you running, what is the power source and has it always been this way? ... View more

cmr in Security / SD-WAN
2 Kudos
2 Kudos
@Fabian1 in general the * should mean anything inlcluding . so *.google.com should match it (and a lot more). ... View more

cmr in Wireless LAN
Thank you for the explanation @GiacomoS   I'm guessing that Cisco hasn't realised that the UK left the EU almost two years ago, but I'll let them know via the feedback button  😉 ... View more

Re: Unnecessary uplinks from switch stack to MX68-HA

cmr in Security / SD-WAN
2 Kudos
2 Kudos
@henleyjj Only 1 uplink from each switch in the stack will be active at one time, but you can link both to both as you have suggested.    We originally set up all of our sites with only one link to each MX and then started adding a second, but stopped as it did create some spanning-tree issues where we had MS and MX.  Therefore on the dual linked sites we commonly left the second link port disabled, so it could be activated in an emergency, but wouldn't stop the switches coming back up after a reboot.  This has since been resolved but we have left it as it is with some single linked and some dual linked...!     The sites that had Cisco IOS switch stacks with MX were fine.     The only issue that you might experience with the single linked option is that if one switch went down, you could end up with the MXs operating in dual master mode and you don't want that.  ... View more

cmr in Security / SD-WAN
8 Kudos
8 Kudos
Security appliance firmware versions MX 16.14 changelog Important notice While Meraki appliances have traditionally relied on UDP port 7351 for cloud communication and TCP ports 80 and 443 for backup communications, with MX 16 we are beginning a transition to using TCP port 443 as the primary means for cloud connectivity. In order to ensure proper connectivity to the Meraki cloud after this upgrade, please ensure that traffic using TCP port 443 between 209.206.48.0/20 is allowed through any firewalls that may be deployed upstream of your Meraki appliances. HTTP proxy, which allows default management traffic from MX appliances to be sent through a proxy, is deprecated on MX 16 and higher firmware versions. Legacy products notice When configured for this version, Z1, MX60, MX60W, MX80, and MX90 devices will run MX 14.56. Bug fixes Updated the AnyConnect VPN service Resolved a case that could incorrectly result in brief periods of heightened device utilization. Corrected an issue that could result in communication issues between Z3(C) appliances and client devices connected through a port that was configured to operate at 100Mbps link speed. Fixed a case that could result in group policies not correctly applying to client devices. Corrected an issue that could result in layer 7 firewall rules still taking effect for clients with the whitelisted group policy applied. Resolved an issue that resulted in MX appliances operating in a backup/spare/standby capacity in a high availability pair improperly attempting to establish non-Meraki site-to-site VPN connections. Fixed an MX 15.12 regression that could result in some Macbook clients running some older software versions being unable to reconnect to the client VPN shortly after disconnecting. Corrected an issue that resulted in "Ethernet Port Carrier Change” Event Log messages referencing an incorrect port number on MX95 and MX105 appliances. Resolved a rare case that could cause a device reboot when processing fragmented traffic. Added the ability for MX65(W) appliances to automatically recover when an error causes PoE to stop being provided. Fixed an issue that resulted in the PoE power indicator on the Appliance Status page displaying on the incorrect port for MX75 appliances. Resolved an issue that resulted in Z3(C) appliances that upgraded to MX 16 versions being unable to directly downgrade to MX 14 releases. Corrected a case that could theoretically result in MX250 and MX450 appliances not properly rebooting after a crash had occurred. Upgrade reliability improvements for MX64(W) and MX65(W) appliances. Known issues After making some configuration changes on MX84 appliances, a brief period of packet loss may occur. This will affect all MX84 appliances on all MX firmware versions Due to MX 15 regressions, USB cellular connectivity may be less reliable on some modems Due to an MX 15 regression, the management port on MX84 appliances does not provide access to the local status page Client traffic will be dropped by MX65(W), MX67(C,W), and MX68(W,CW) appliances if 1) The client is connected to a LAN port with 802.1X authentication enabled and 2) The VLAN ID of the port is configured to 16, 32, 48, 64, 80, 96, 112, 128, 144, 160, 176, 192, 208, 224, or 240. BGP-learned routes may not be properly reflected in the Route Table page on the Meraki Dashboard, despite BGP and packet routing operating correctly. There is an increased risk of encountering device stability issues on all platforms and across all configurations. ... View more

cmr in Wireless LAN
1 Kudo
1 Kudo
@Boza please note that the bandwidth limit per SSID is actually per AP per SSID.   As an example:  You have 30x APs and they all advertise SSID 'public', if you set a limit for that SSID to 1Mbps then you could have as much as 30Mbps of traffic. ... View more

cmr in Sensors
1 Kudo
1 Kudo
@TEAM-ind we have two MT10 sensors that we have had this issue with.    One of them simply has poor reception to all APs so depending on the people in the building etc. it randomly connects every few hours.    The other is more like yours where there is an AP well within range but it simply refuses to connect to it most of the time. We did a factory reset on the MT but not the MR as we had a spare MV that was useful in that room so we installed it and now the MT uses that and stays connected all the time.   I would try a factory reset on both the MV and the MT (one at a time) as you may get joy there. ... View more

Re: Meraki Twinax vs Fiber

cmr in Security / SD-WAN
1 Kudo
1 Kudo
@JDavie in my experience it will either work first time, or it will not, we have some HP switches that just don't work with any DAC, but some Force10 ones seem happy with anything... ... View more
Kudos from
View All
Kudos given to
View All
My Accepted Solutions
View All
My Top Kudoed Posts
View All