I have today set up four Non-Meraki Peer Site to Site VPNs into AWS.

All four VPNs are showing status green and are conveying constant pings requests from our main site into instances within each of the four VPNs. The problem is that the Event Log is constantly reporting negotiation errors, despite the fact that the VPN paths are successfuly carrying ping traffic. I have attached a screen shot of the event log for reference. It appears to be an issue within the phase 1 negotiation but I am assuming the key life periods etc are all aligned since the configuration is set by the AWS template.

Any support would be gratefully received. 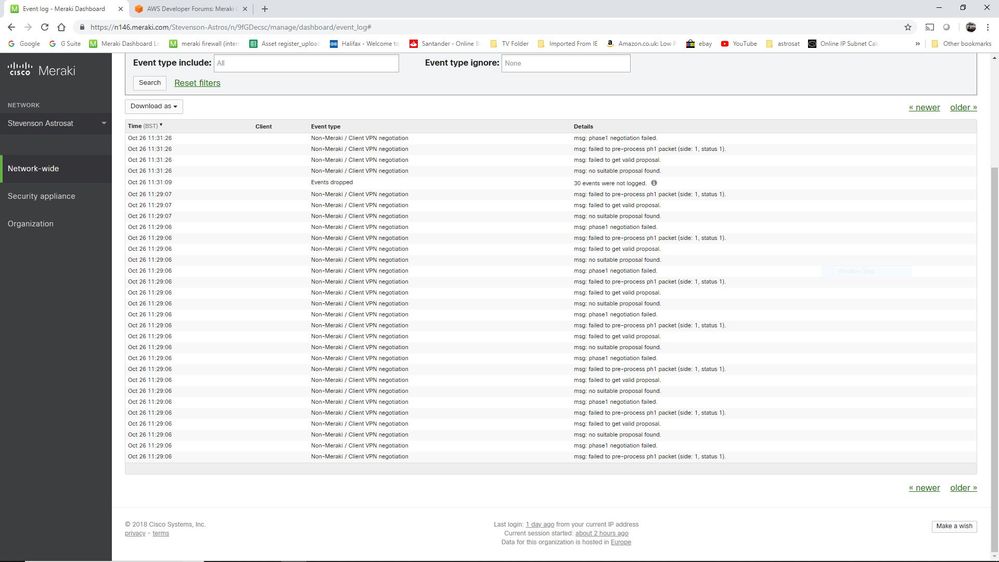